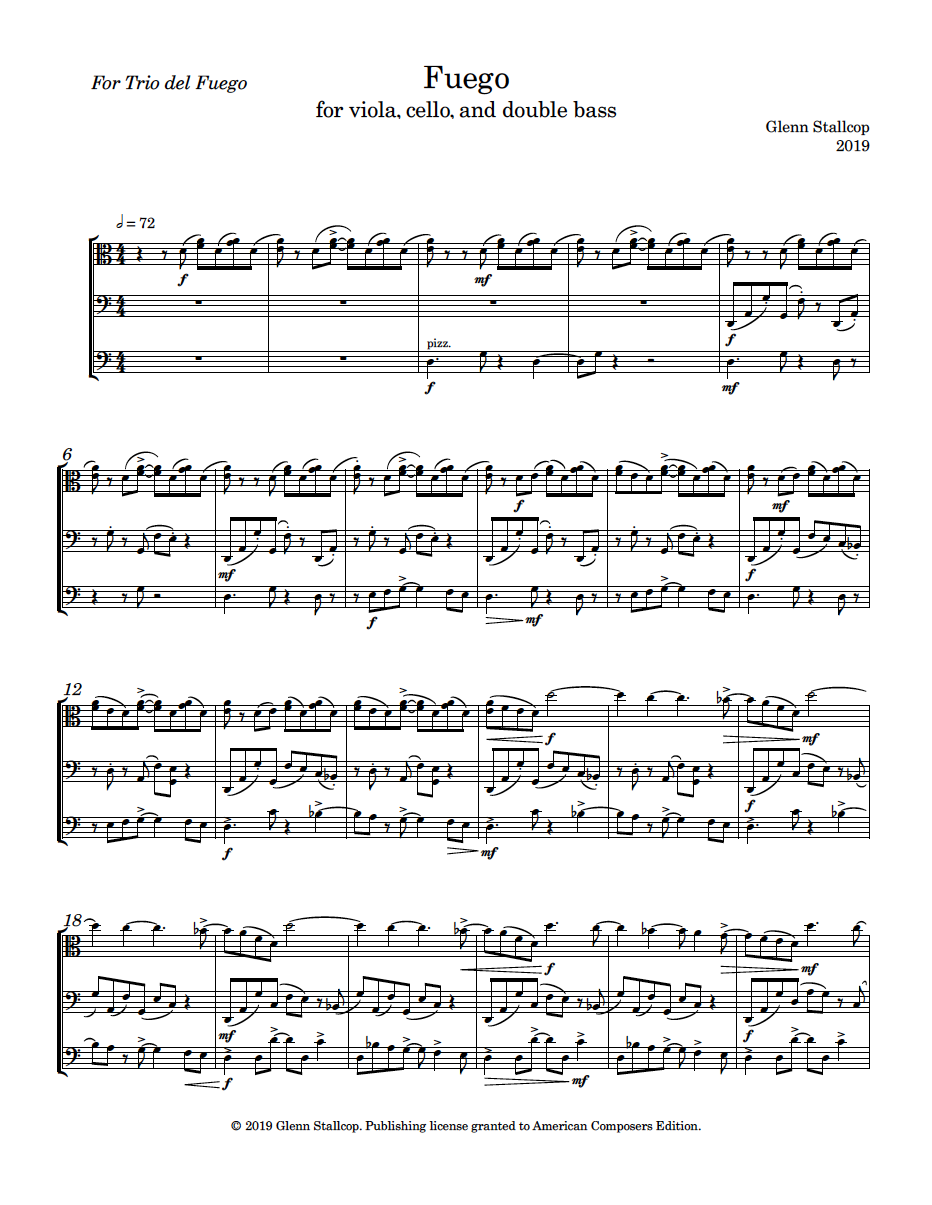 In the summer of 2019, I (on double bass) was asked to form a trio with Kimberly Sullivan, viola, and Sarah Walder, cello, to perform on a chamber music series for the Arizona Philharmonic (Prescott, AZ), where each of us was principal. We performed the concert in September 2019, and had so much fun that we decided to schedule another concert series in the Spring of 2020. We finished the series on March 1, 2020, and a week later every thing was shut down for the Covid-19 pandemic. Fuego was premiered on that series.

After our initial concert, I decided that I wanted to write us something fun to play. It turned out to be a "theme song" of sorts, so I named it after the trio, Trio del Fuego. Our first concert had been devoted to tangos, which we had to arrange ourselves as the repertoire for low string trio is scarce. The name sounded Latin, made us sound "hot," and referred to the very "bottom" of South America.

For our original concert, we had performed an arrangement of the opening of the film Koyaanisqatsi by Phillip Glass. The work was so well received that I thought maybe there was something about Minimalism I had missed initially, several years ago. So I started writing Fuego thinking "minimalism," but quickly became distracted and turned it into something else,. Nevertheless, it retains a certain minimalist flavor throughout, as well as allowing the viola and cello to sound like Country fiddlers.