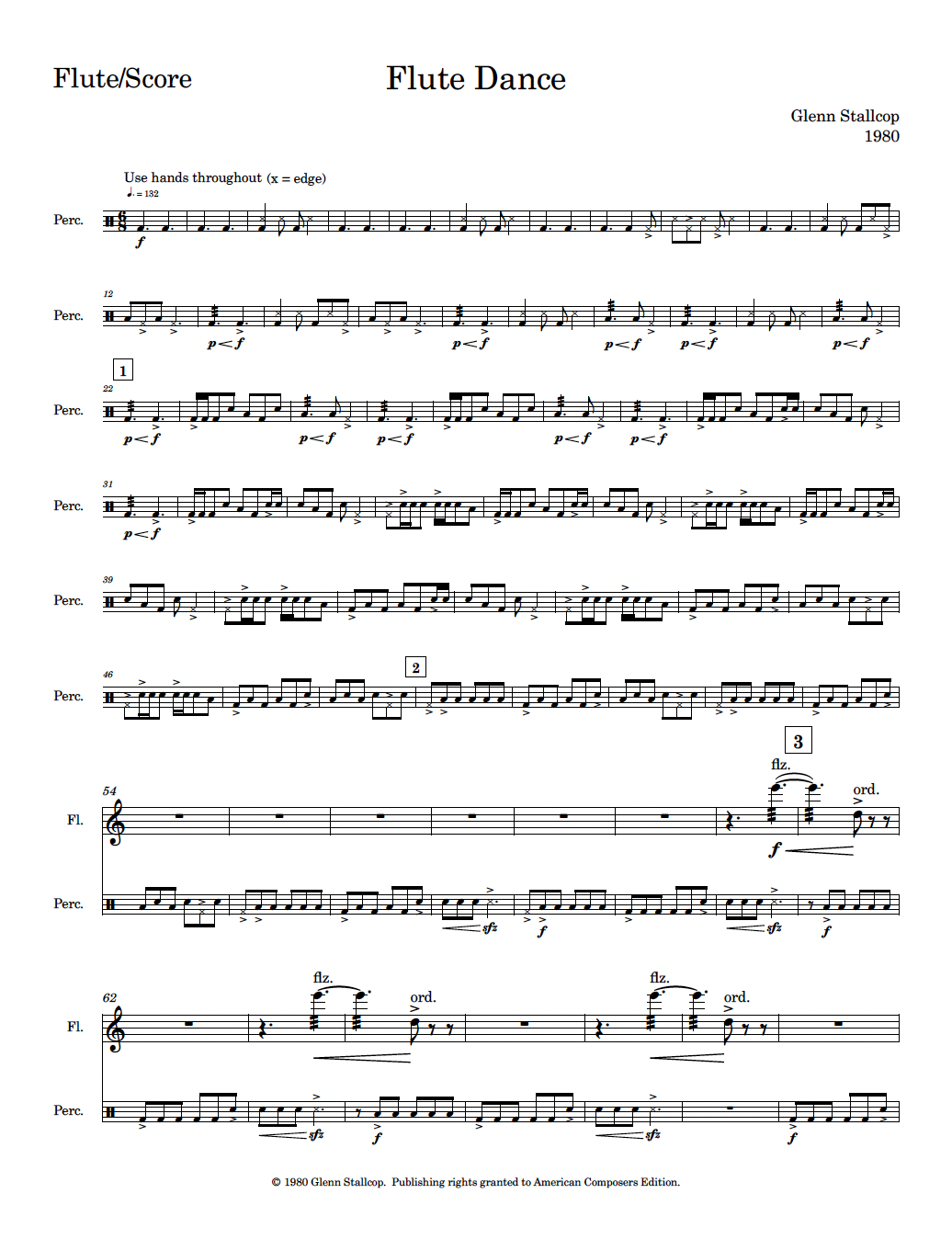 In the early 1980's, I wrote one concert of original chamber music per year for four years. However, the first concert that I wrote was never performed, for a variety of reasons. I have since referred to this concert as Chamber Concert No. 0. Eventually, most of the music was performed. Flute Dance for flute and percussion was written for this Chamber Concert No. 0.

The music for this concert was influenced by minimalism. It features several levels of repeating patterns. At each repetition, one of the patterns changes, so that, with all the repetition, nothing is actually the same. The work mimics an African texture and feel, though it has no specific African ethnic content. It is quite percussive and rhythmic. Even the more lyrical passages in the flute are treated more as sounds than tunes.