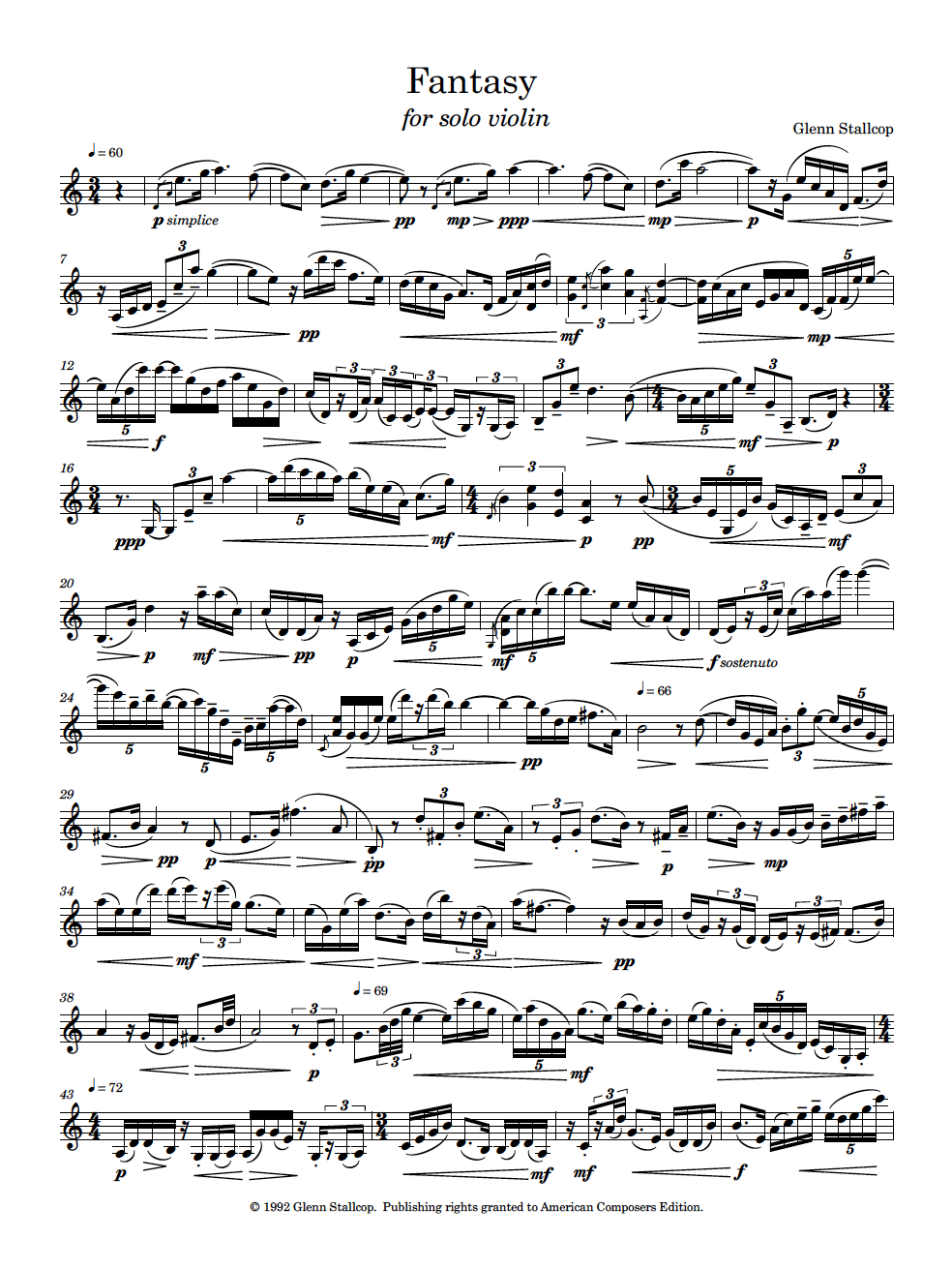 FANTASY for solo violin is one of the three works I wrote while studying with Chinary Ung between 1991-93. The ten-minute work resembles a large solo sonata movement. It does not use any extended techniques, or even pizzicato or other normal effects, but emphasizes lyrical playing, tone color, and long soaring lines.

The work gave me a little trouble until I changed the original intent, making instead a softer and more introspective work. One of my friends used to play this work on his electric violin with lots of reverb. It is a good work to play in a church or other large reverberant space, because the preponderance of large leaps gives the work an almost hidden harmonic character. The long soaring lines also benefit from the reverberation. The work was first taken up by my colleague Ronald Whaley, who used to play it in schools in the 1990’s.