ECHOES FROM AN URBAN GLADE 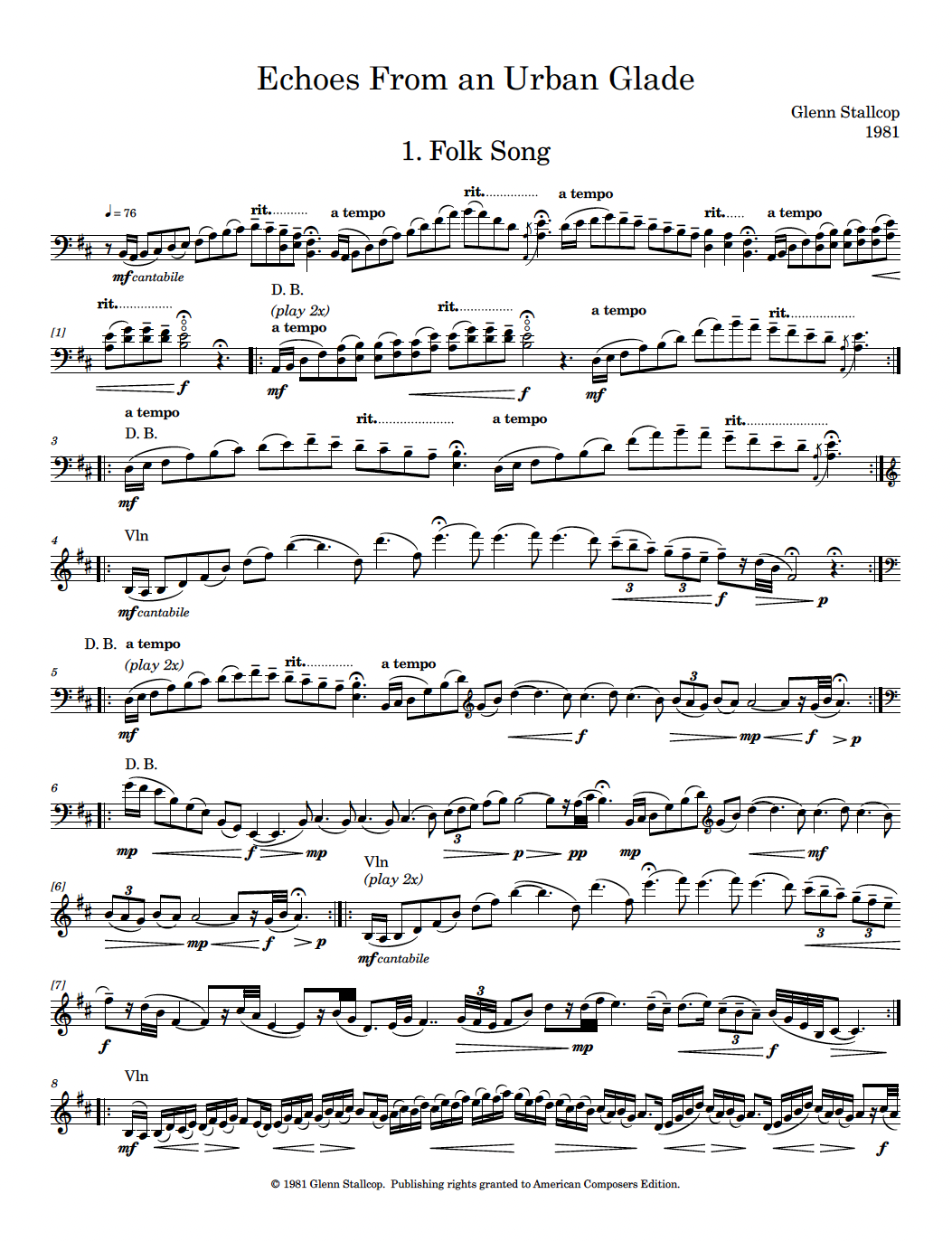 ECHOES FROM AN URBAN GLADE

In the early 1980’s, I wrote one concert of original chamber music per year for four years. Echoes From an Urban Glade for violin, and double bass was written for Chamber Concert No. 1, which took place on October 14, 1981. The concert featured Nancy Livingston and Lenore Lehr, violins, while I played piano and bass. The other works on the program were Sonata – Images from “The Far Field” (Roethke) (1981) for violin and piano, and Mobiles (1981) for two violins and double bass.

Stylistically, the music in this concert is as close to freewheeling Minimalism as I ever got. The music is freely organized in layers, but is much more lyrical and melodic and less textural than the typical Minimalist inspired music of the period. What interested me about Minimalism was the aligning of the organizational factors texturally to a structural grid. My interest was in doing this WITHOUT strict rhythm.

Echoes From an Urban Glade is a memoir of my life growing up in Seattle. At that time, we were on the outskirts of the city, and at the end of our street was a 5- to 10- acre farm. The farmer still plowed his field with a horse-drawn plow, but seemed happy whenever we talked (though he was rather mysterious to me and my friends.) He eventually sold the farm to a developer who built about a dozen houses there. When they were building the houses my friends and I went to investigate and found, lying in the dirt, the bones of the horse he had buried which had been exposed by the construction. The work is in three rather country-music inspired movements.