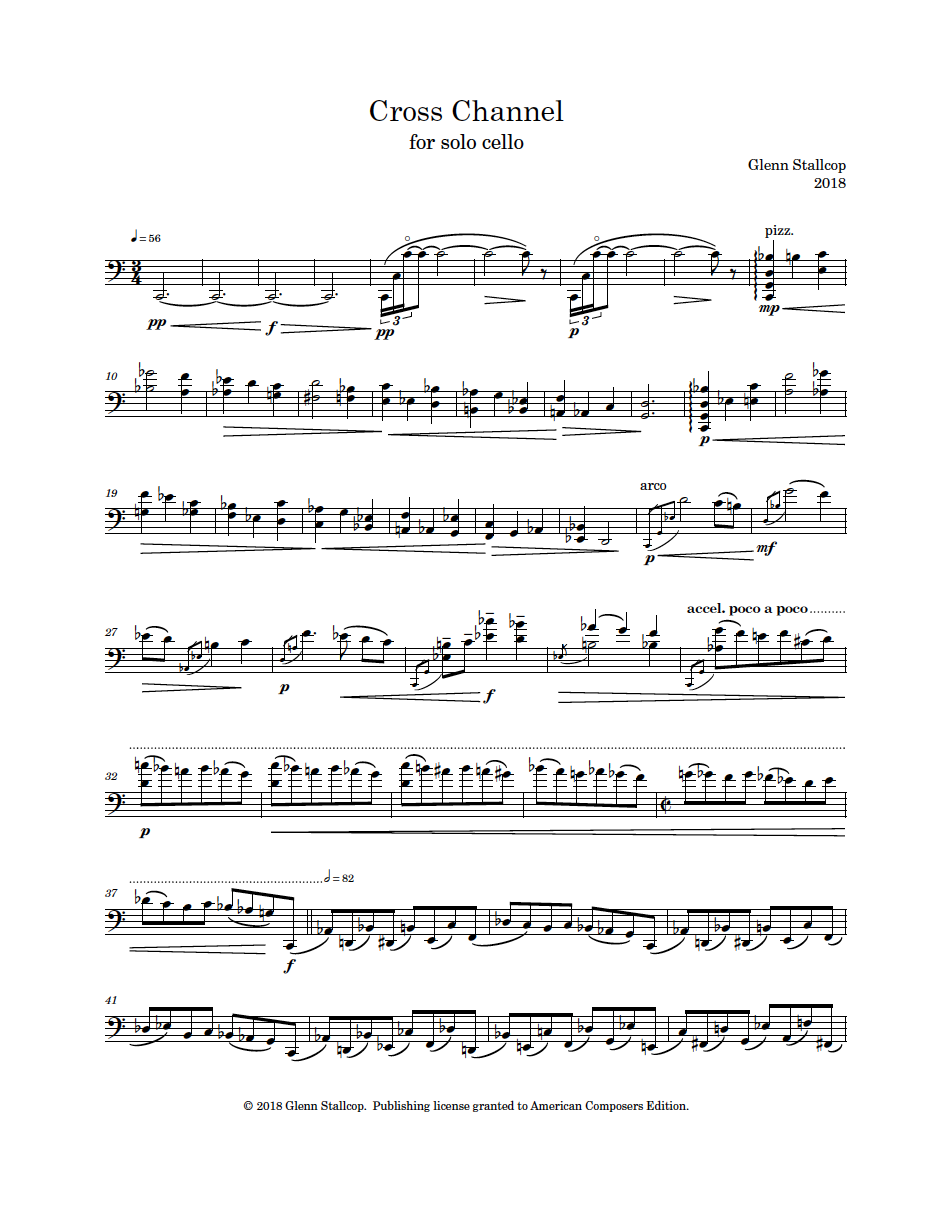 Cross Channel was written in 2018 for cellist, friend and colleague, Sarah Walder for her unaccompanied concert series. Though I have written several pieces for unaccompanied bass, I had never tried writing for solo cello, so the idea intrigued me. The title refers to the fact that Sarah has been living in the Netherlands for the last two decades, and to the palindrome nature of the structure of the piece. The structure is a reference to a video game of the same name in which time keeps repeating the same week over and over. The end of the piece sounds as if it is starting all over again. The title could also refer to Sarah’s interest in technological performance devices.

The piece has a slow-fast-slow profile. As I was writing the center passage I realized it sounded as if it were based on the Christmas Carol, Oh Come, Oh Come Emanuel. I therefore decided to quote the carol in mm. 105-108. There is no significance to the quote other than a cultural tip of the cap.