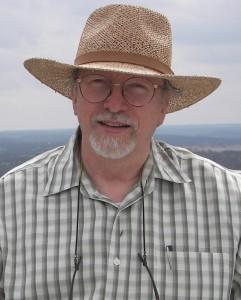 After leaving Princeton in 1970 I moved to New York where I lived for 30
years. During this time, around 1985, I changed professions
(painlessly) to that of writer--witness my list of publications below.

In early 2000 I resigned my position as general manager
of SCI and left New York for Texas to be close to my sister and to help
with the family.

UNPUBLICATION LIST (novels)
Treader From the Sea – the story of a green sea turtle and the
two great nesting colonies in the Caribbean: Tortuguero, Costa Rico;
and Aves Island in the eastern Caribbean.

The Last Gargoyle – the story of a girl’s summer in Philadelphia
and her discovery of the last gargoyle, an ancient creature imprisoned
from the time of King Arthur and stolen from a cathedral in Normandy.
(Young Adult)

The Easter Island Murder – a man goes to Easter Island seeking a
possible half-brother to discover that not only does his half brother
exist: he is a drag queen and charged with murder.

Disciple of Earth -- a young, gay, indentured servant attempts
to become a mage despite the rigid stratification of the medieval world
in which the story is set. It is a story of heroes and the awakenoing
of love.