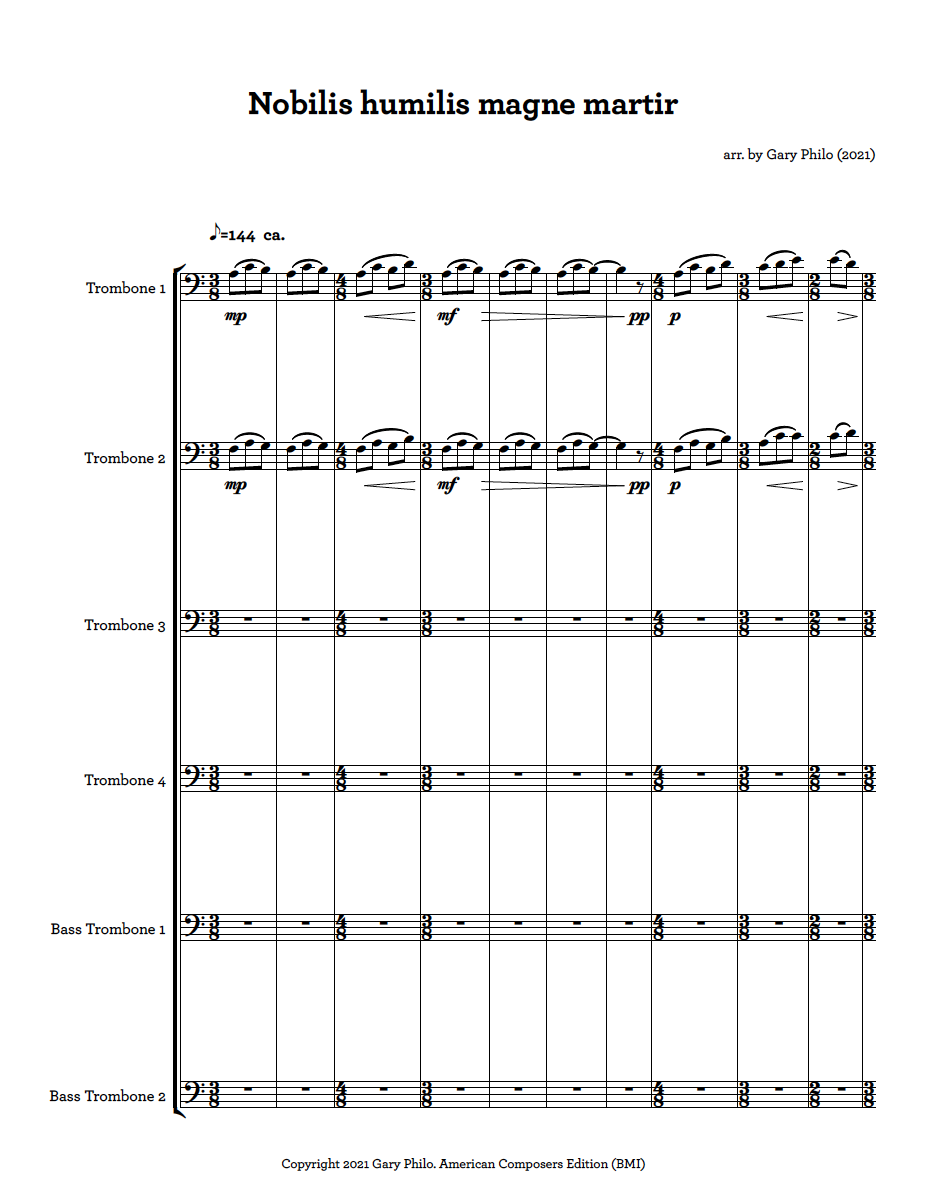 The St. Magnus Hymn, or "Nobilis humilis" is a piece of music which celebrates St. Magnus of Orkney. The hymn can be dated to at least the thirteenth century and may be from the twelfth century. If the hymn dates from the twelfth century then it is especially relevant to the cathedral as it would be contemporary with the construction of the cathedral. The hymn is written in Latin and is comprised of seven stanzas which are repeated to the same piece of music. The hymn can be found in a thirteenth century manuscript owned by the Uppsala University. — St. Magnus Cathedral.