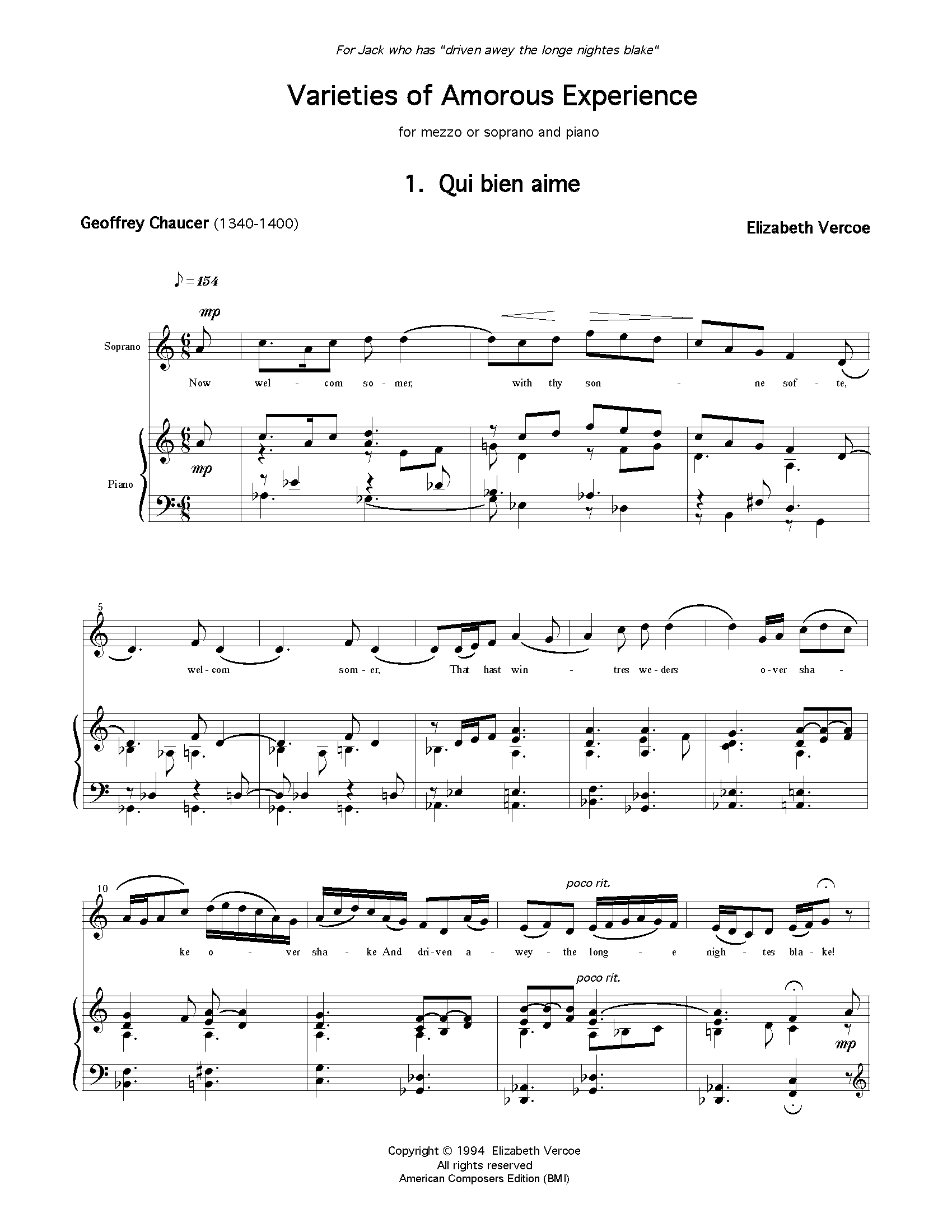 Year Authored (or revised)
Duration (min)
10
Movements
1. Qui bien aime (Chaucer)
2. An Appeal to Cats in the Business of Love (Thomas Flatman)
3. How Like a Winter (Shakespeare)
4. The Kiss (Coventry Patmore)

The Varieties of Amorous Experience sets one joyful, one serious and two hilarious  English poems to music. The opening song, "Qui bien aime a tard oublie," is a celebration of summer and love on a text by Geoffrey Chaucer. The second song, "An Appeal to Cats in the Business of Love," by Thomas Flatman (1637-1688) is a far more gimlet-eyed view of love. Shakespeare's exquisite sonnet, "How Like a Winter" speaks of love in the context of the seasons. The final song, "The Kiss," by Coventry Patmore (1823-1896) is yet another variety of amorous experience, this one coy, flirtatious in the extreme, and arch in its humor.

Varieties was premiered by soprano Kathryn Wright accompanied by Jack Jarrett on a festival of new music at Wellesley College. The piece has also been performed at Caldwell College in New Jersey, at the Women in Music Conference at Ohio University in 1997, in Santa Fe, New Mexico, and at Austin Peay State University in Tennessee.