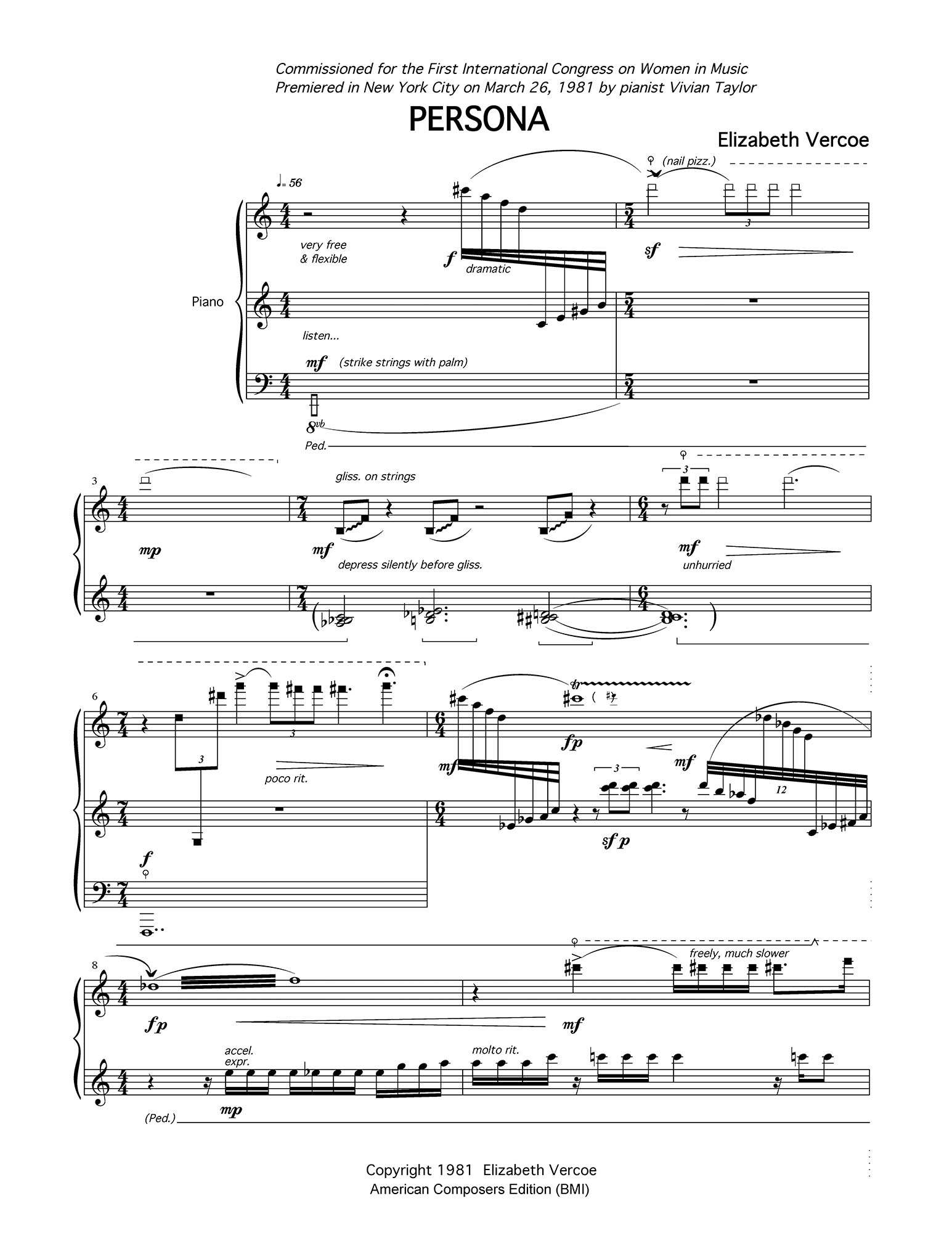 The title, Persona, refers to the artist's search for a 'voice' and was inspired by Louise Nevelson's pivotal sculpture, First Personage.  Imbedded in the music are quotations from pieces that had a strong and very personal significance.  Structurally, the piece moves from fantasy to a more rigorous and intense music and then toward fantasy once again with echoes of the intervening sounds.

Commissioned in 1980 for premiere by Vivian Taylor at the First International Congress on Women in Music in New York City, the piece received support from Smith College, Meet the Composer and a private patron, Mrs. Gardner Cox. In 1986 Beth Soll choreographed the work for her own solo performance in Paris and in 1987 reworked the choreography for three members of the Beth Soll & Company for performances in Boston and Washington, D.C.

Persona has received subsequent performances at Wellesley College, the Longy School of Music, MIT, Royal Festival Hall in London, and a broadcast performance on Dutch Radio.  Pianist Richard Reber has performed the work at the Mannheimer Piano Festival at the University of Minnesota, the University of Kansas, and at the American Matthay Association in Georgia.  Kathleen Supové played the piece at the Fourth International Women's Music Congress in Atlanta.  And long-time friend, Christine Paraschos, gave stunning performances of Persona at IRCAM, the Cité International des Arts and the Salle Cortot in Paris.