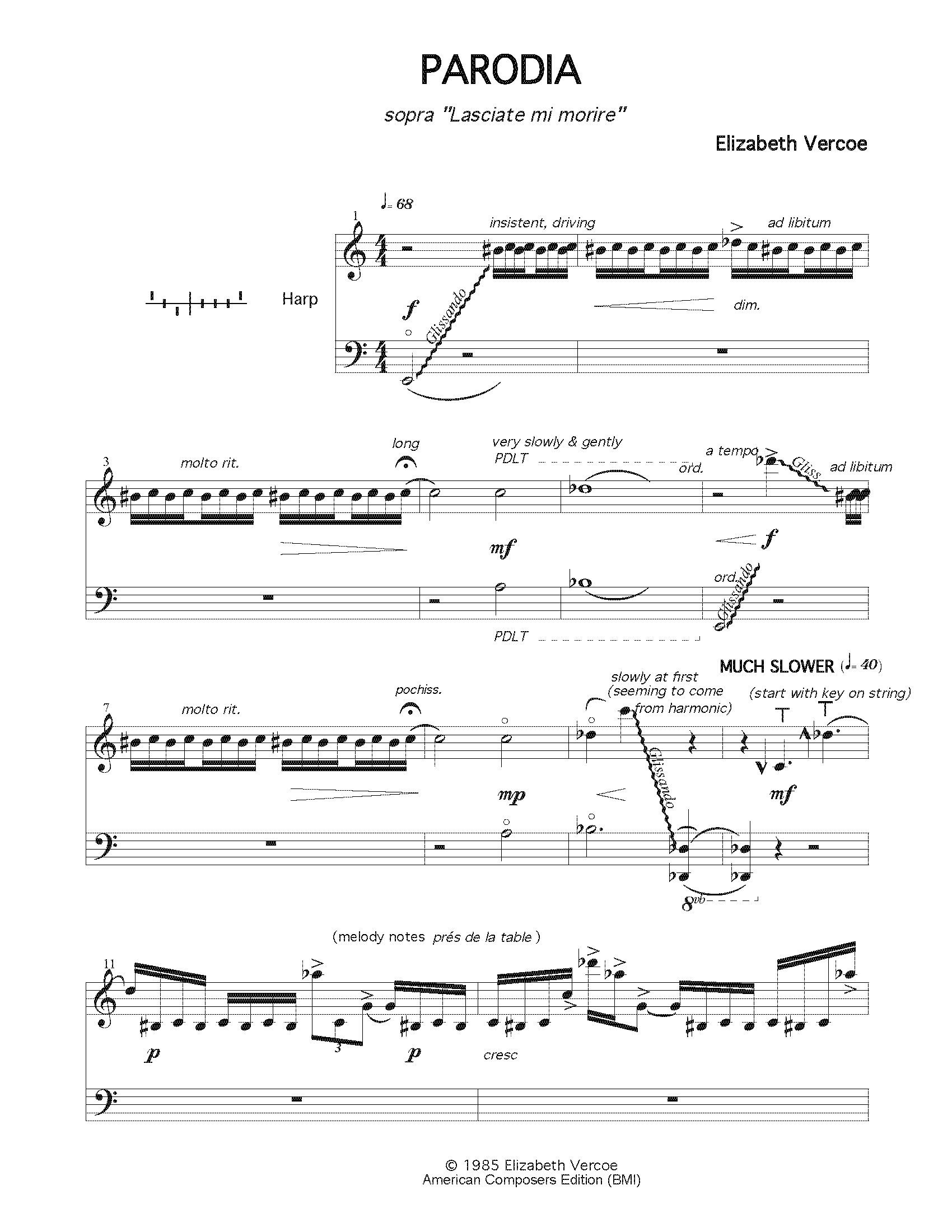 Parodia is a fantasy piece that is based on the Monteverdi madrigal "Lasciate mi morire." Although not strictly a Renaissance-style parody of the madrigal, all five voices of the original appear in quotation or in various levels of disguise.

The piece was written in 1983 for harpist Susan Allen and was premiered at the Opus 1 Conference on Women in Music at the University of Michigan. Ms. Allen has also performed Parodia at the California Institute for the Arts and the Fifth International Women's Music Congress in Heidelberg, Germany. Parodia has also been performed alongside the original madrigal.