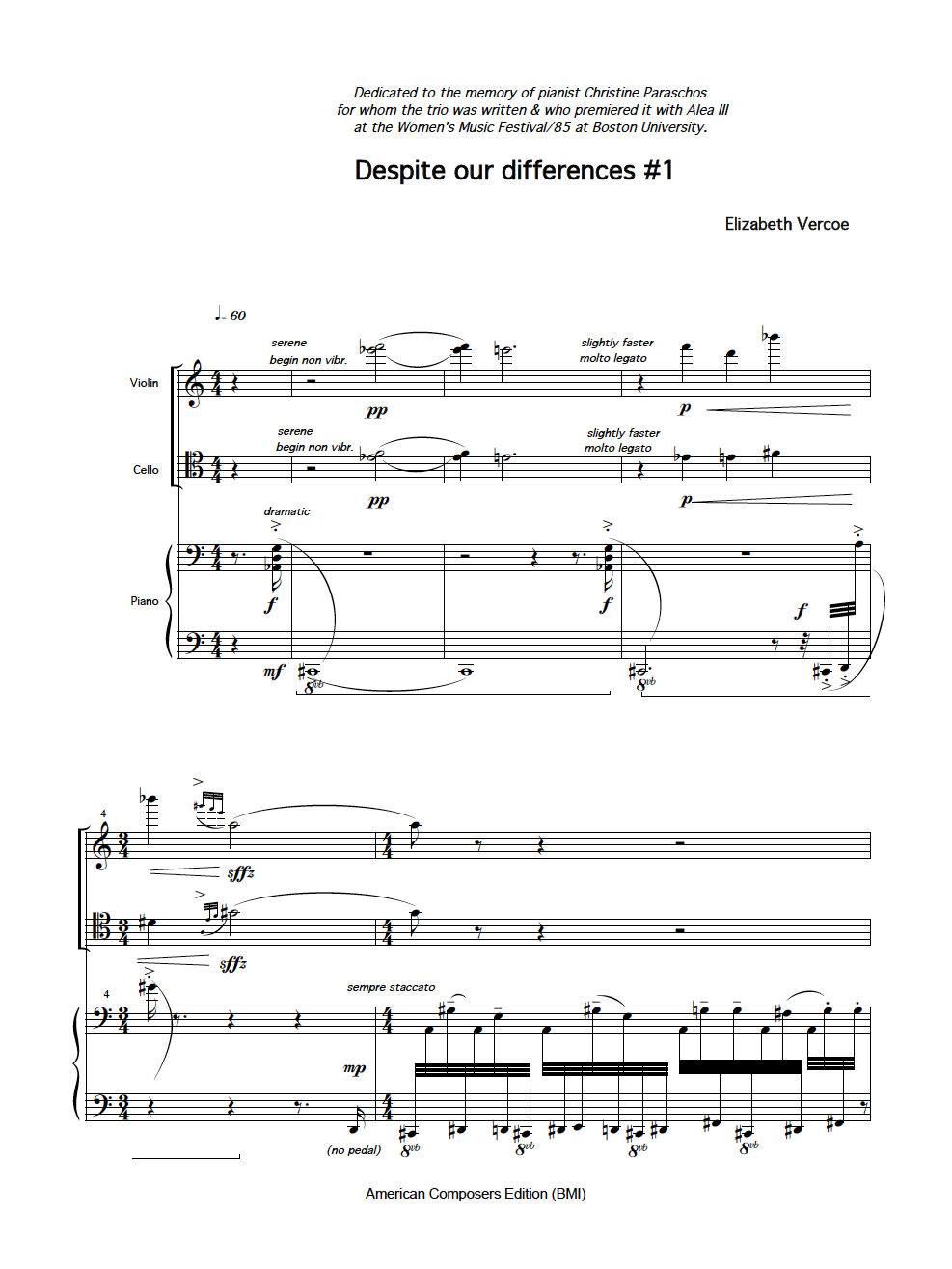 Despite our differences #1 is a dramatic and fast-paced movement for piano trio.  It was written in Paris in 1983-84 during a period of collaboration between the composer and the Greek-American pianist, Christine Paraschos, whose fiery musical personality became a strong influence on the nature of the piano writing.  The music was revised slightly in 1992 before a performance by the Fairmont Trio at the Charles Ives Center for American Music.