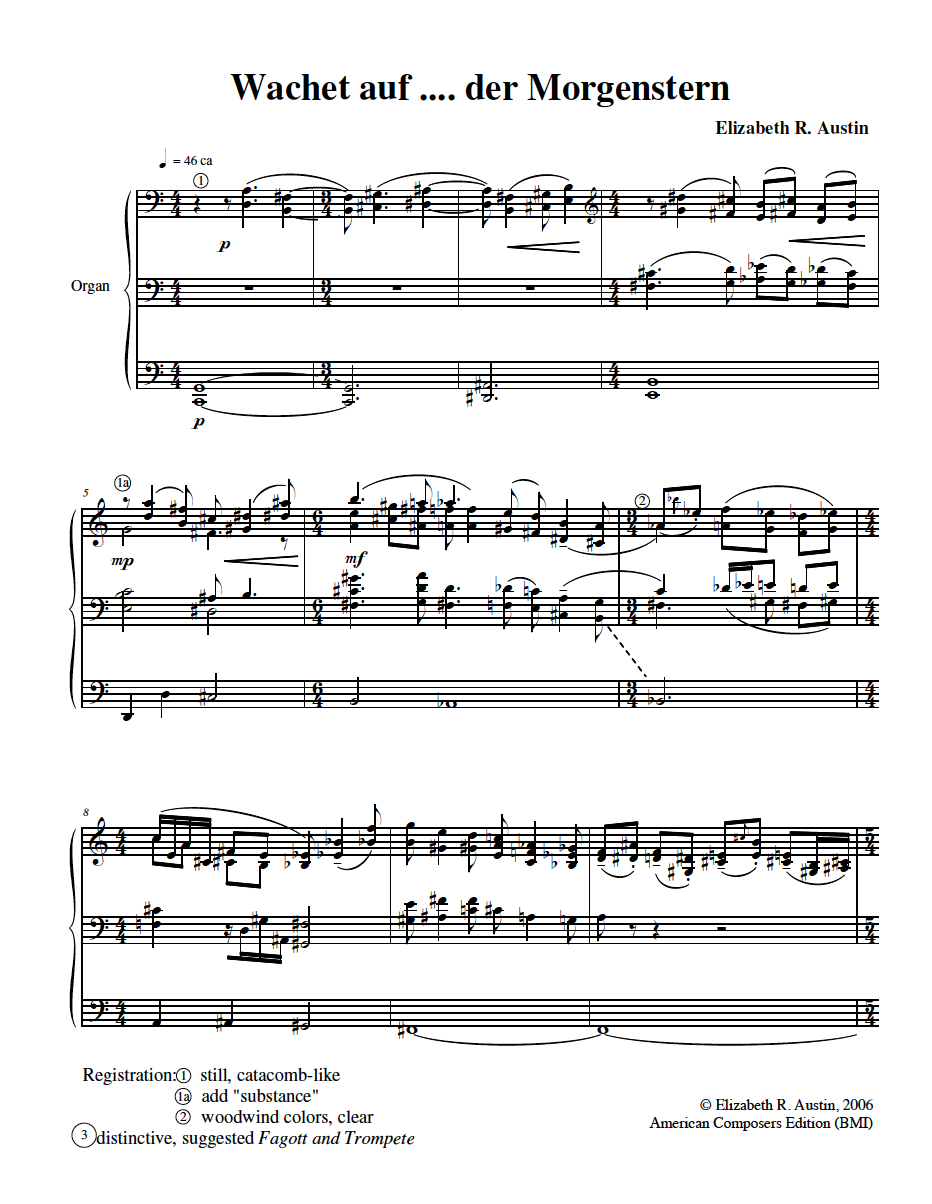 These two magnificent hymns by Philipp Nicolai (1556-1608) affect one as a kind of musical Alpha and Omega. Wie schön leuchtet der Morgenstern depicts the events belonging to the season of Epiphany, close to the onset of the church year, when the manifestation of The Child was heralded by the beatific morning star. “Wachet auf”, ruft uns die Stimme is meant for the conclusion of the church year, a message of majesty and joy and a call to a constant awareness of God’s presence both now and in the time to come. Both melodies are strongly imbued with the major triad in arpeggiation. Both are subject to a strong, steady rhythmic pulse. They both possess similar formal architecture. They lend themselves perfectly, therefore, to combination. Also considered in tandem to symbolize the full circle of Christ’s life on earth, these hymns are woven together in this music in various ways: through motivic repetition, juxtaposition and development, and through contrapuntal means.