Sonata for Flute or Soprano Recorder 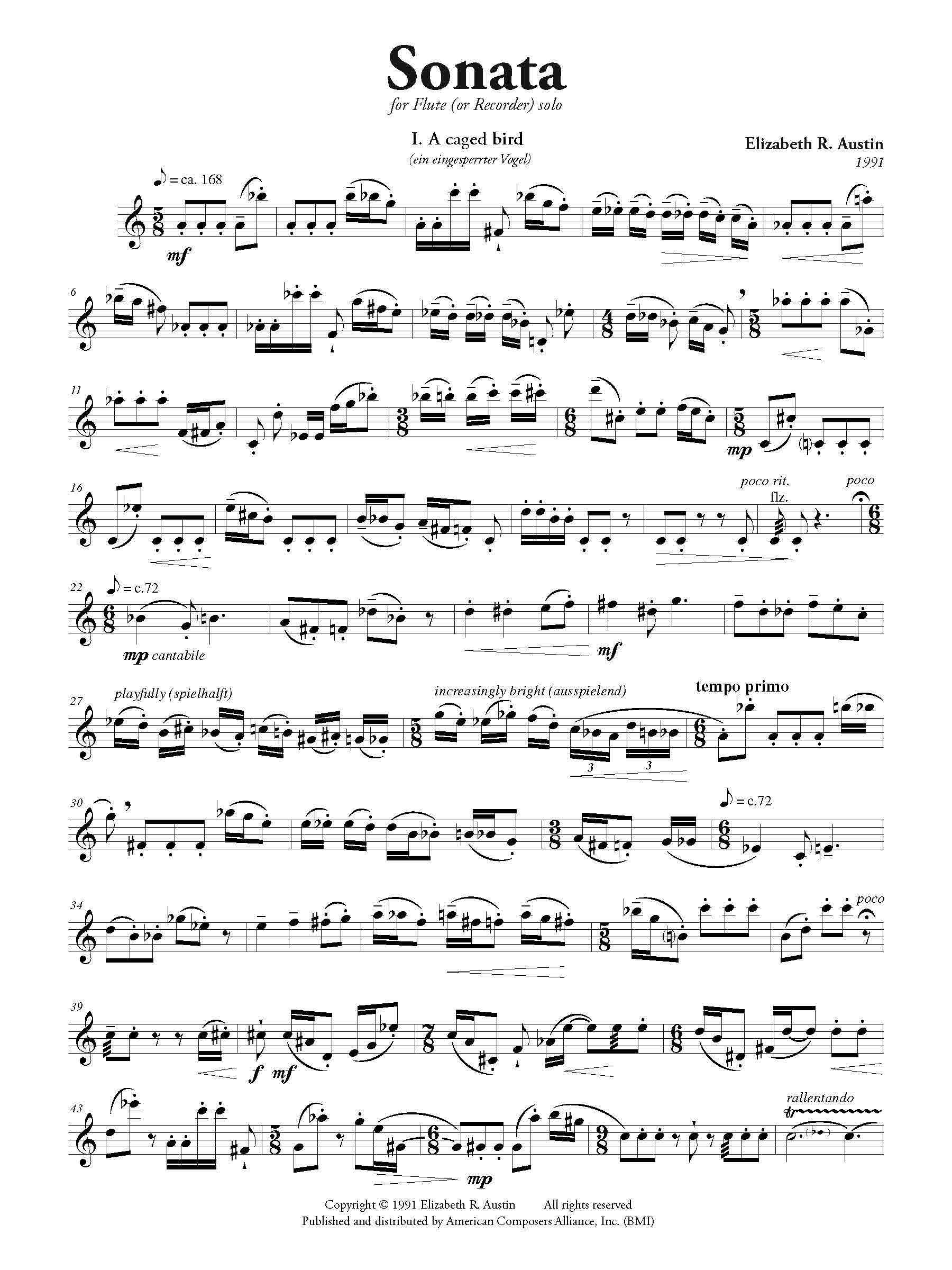 Sonata for Flute or Soprano Recorder

The political upheavals during the time of the Gulf War (and sadly relevant over a decade later) may well have exerted a subconscious influence on this image of the first movement: A caged bird, beating its wings in desperation, sings all the while. In addition, one also hears a disjunct version of a nostalgic World War I (“Ich hat’ Kameraden”) song about a fallen comrade; this juxtaposition against the futile attempts at ‘winged flight’ provides, in essence, the duality of the sonata principle.

The variation treatment of the Gregorian chant, “Alma mater” in the second movement deals with the cross-pollination of the major triad of the chant theme with freer lines. The fulcrum of this central movement yields to the concluding, persevering tonal phrase. The third movement is inspired by the Chinese proverb, “Keep a green bough in your heart and a singing bird shall come”. A final catharsis is left open, however, as the flutist sings/plays a phrase, hopefully questioning……””……, before the music breaks off.

New 2022 edition from 1991 original. Included in the collection Flute Music of New York.