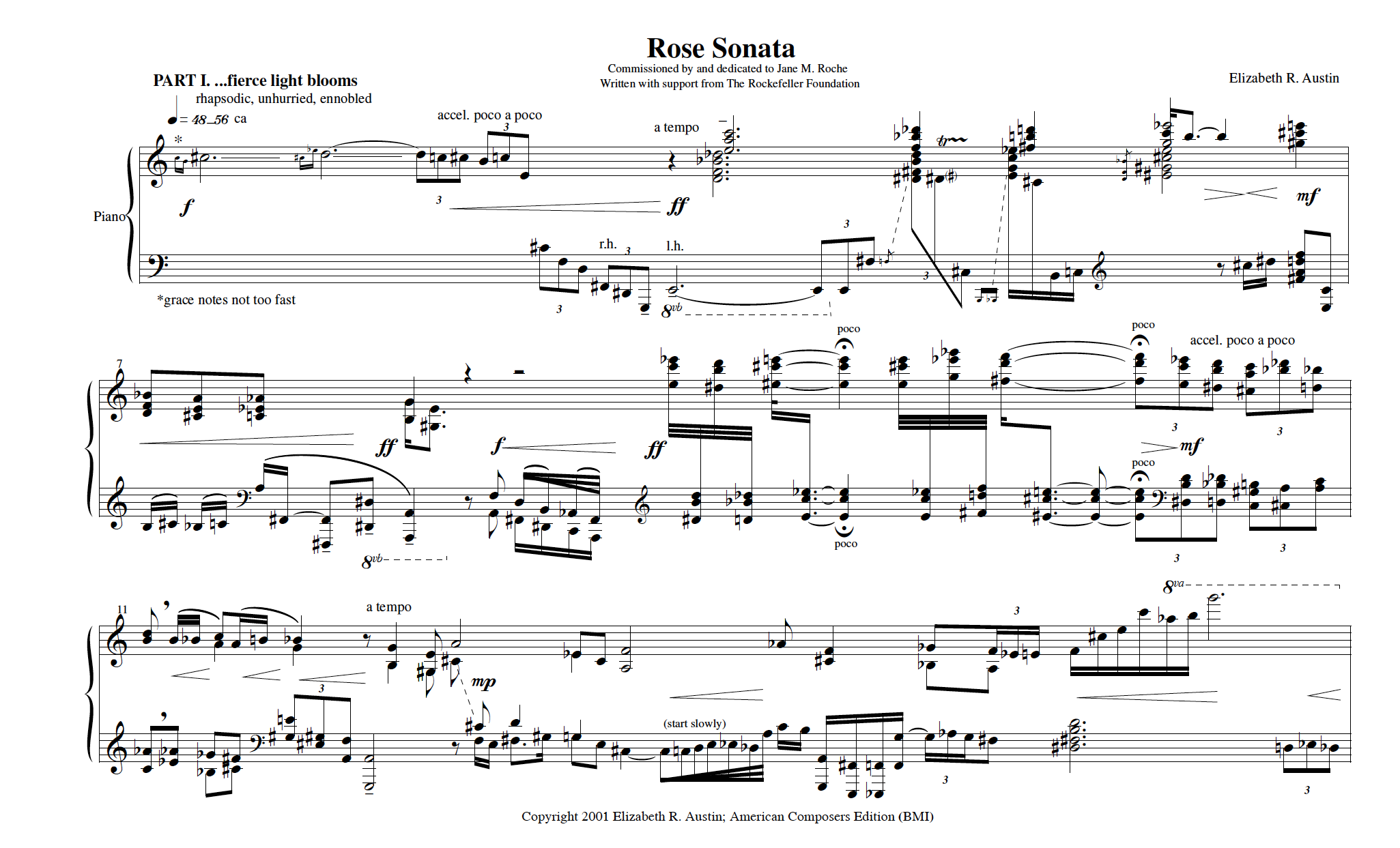 This is the second composition in which I have explored using geometric forms found in the natural world as the basis for an overall musical form. It is an ongoing exploration of the idea of motivic fragments emerging into a theme, often taken from other composers’ works, through an epiphany. This transformational experience is usually determined to appear about two-thirds through the piece, roughly at the Golden Mean of the timeline.

The idea of ‘sonata’ to me, that of long-range thematic coherence, introduces thematic elements (derived entirely from the Brahms quote to be revealed later) in an initial section whose motivic logic is tightly organized, even though discernable musical meter is absent. The idea of ‘rose’ carries the motives from the outward petals ever further into the center of the blossom, the transitory and transformational (‘developmental’) heart, where the source-quote of the motives is heard (forward as well as backward in a retrograde presentation).The first few measures of Brahms, Intermezzo No. 2, op. 118, is that source which permeates the entire musical fabric and even the chosen pitch classes. Moving away from the center outward toward the petal edges again, the sections correspond roughly to those heard earlier (recapitulatory, retrospective), but their duration is half as long and their melodic material betrays the source-quote to a far more obvious extent, having been ‘informed’ by the core experience. A chronological (metrical) sense of time returns  in this final stretto-like section.

Commissioned by Jane Meredith Roche, with support of the Rockefeller Foundation.