I felt a funeral in my brain 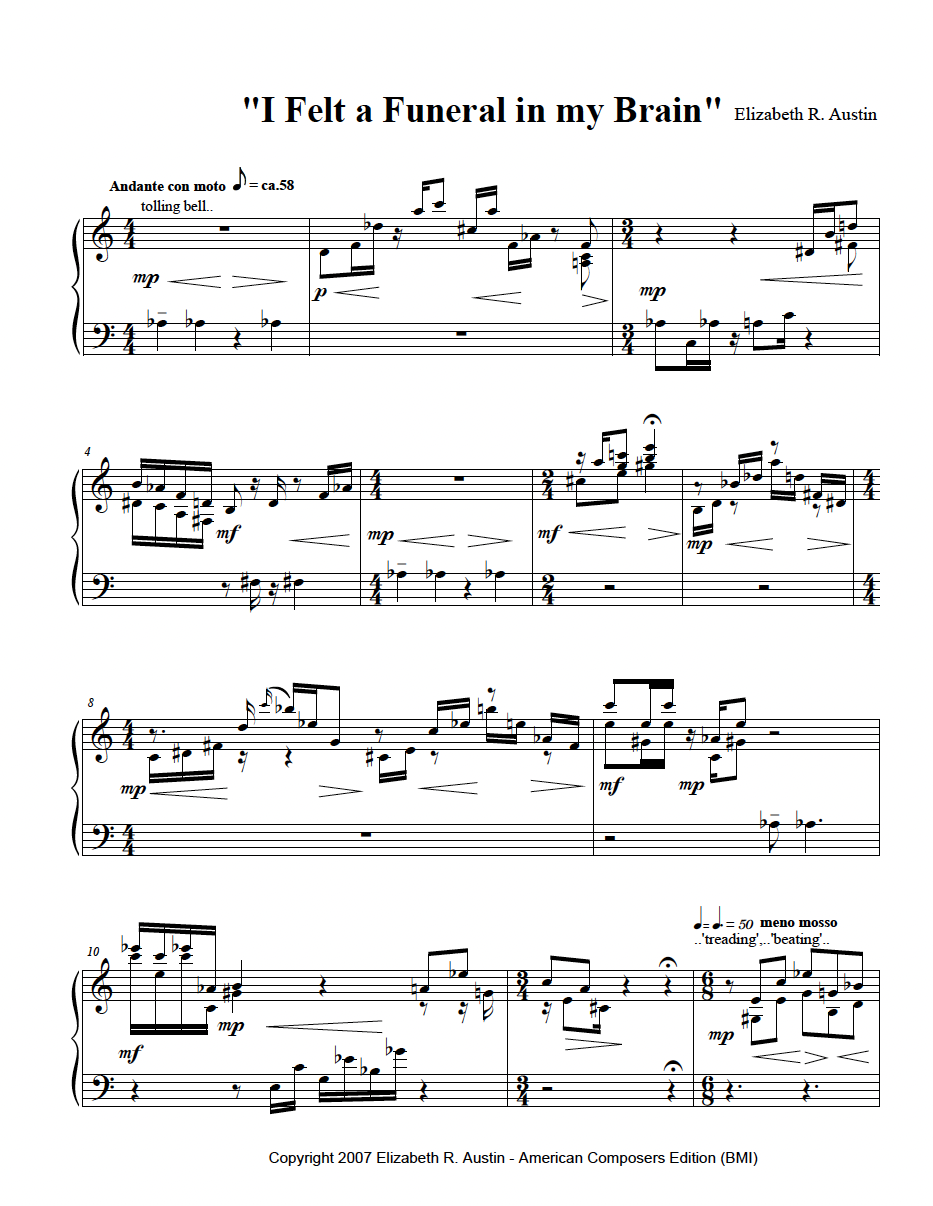 I felt a funeral in my brain

Composer's note: Composing for a carillon gave me the unique opportunity to combine time with space: the air surrounding the bells vibrates with music, coloring the entire space within earshot with spirals of sound. It has always seemed a thing of wonderment, tinged with a sense of gravitas, to hear the carillon pealing and tolling, setting the air aflame. The listener does not see the performer, seated at the manuals, and yet the setting is intimate. Such a mysterious musical message truly rolls and unfolds in time and space.

This one-movement piece has been inspired by the atmosphere of Emily Dickinson’s sobering, haunting poem. I almost envisioned the hands and feet of the carillonneur as those “mourners, treading..to and fro..”, as in a litany of consolation.

The radiant Brahms quote comes at the section of the music which envisions “..space began to toll…as all the heavens were a bell. And Being but an ear…”, ineffable, coming from another atemporal world. Although the poem is sober indeed, one can imagine that ‘the box’ will open into the ‘heavens as a bell’…resounding with sonority and silence.

The intervallic/harmonic material is based on a series of stacked minor thirds/minor sixths, or the reverse, which when reduced, yield a seven-tone chromatic scale, within the distance of a tritone. Some of the resultant overlapping sounds, although dense and chromatic, were intentionally placed to produce aural ‘smudges’. These may be a departure from the idiom; nevertheless, I always took the various partials into account.