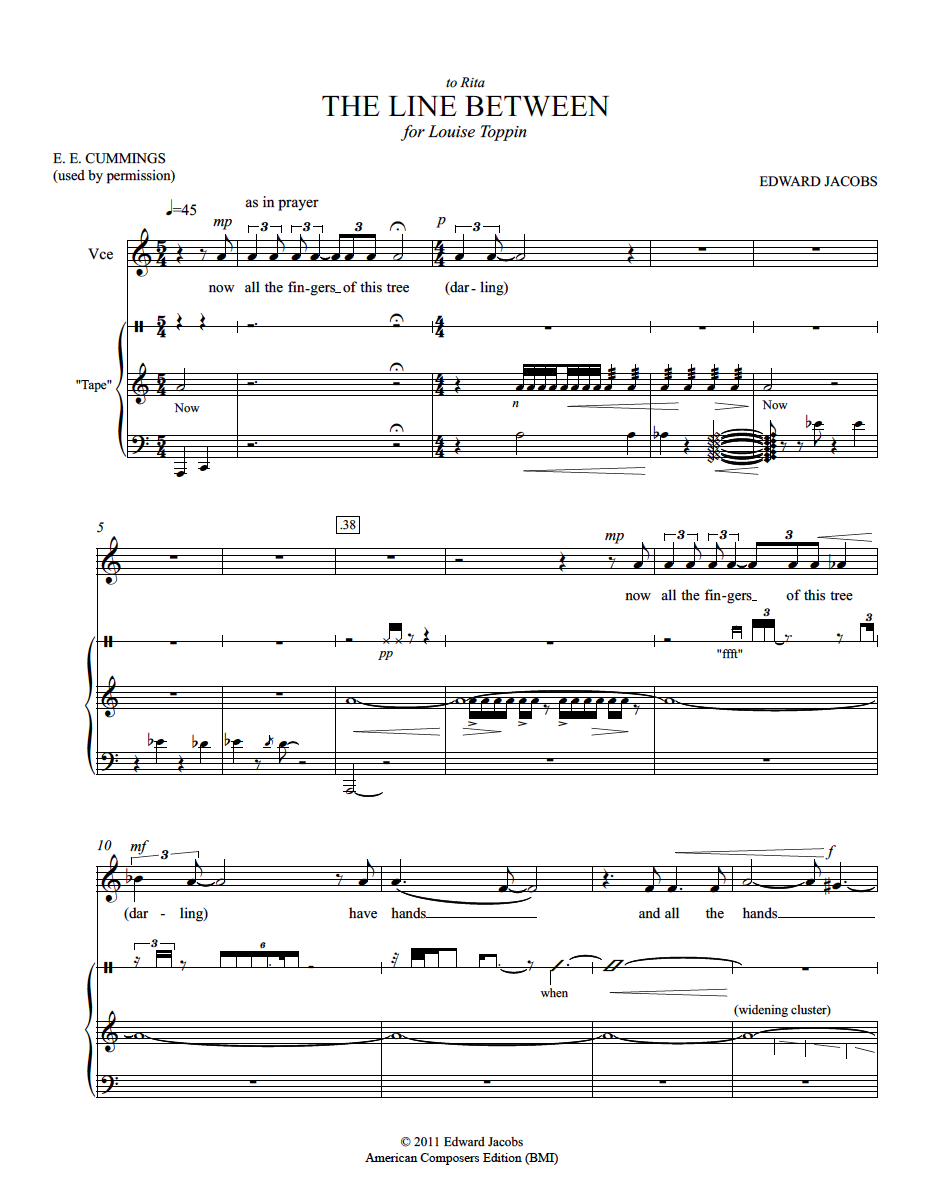 The Line Between was written with an enormous amount of flexibility and rhythmic freedom in mind; not a lot of concern for strict synchronicity between voice and tape within phrases. The music allows the singer to be free within the bounds of sounds which are, by necessity, fixed. The lack of strict rhythmic correlation creates a sense of “communal prayer” which is heard very clearly at several points (perhaps most notably in the final minute).

There are many moments (the very first phrase, for example) where the singer has a great deal of freedom in tempo; often the tape part emerges without a clear beginning from the singer’s pitch. In such cases—and, really, throughout the piece—the singer is encouraged to treat a phrase’s internal rhythms with some freedom. Again, the composer is drawing on the aural image of prayer chants; both the variation one might hear as different chanters lead a prayer, and the heterophony that emerges as a group chants ‘together.’

This music was written in response to a request by soprano Louise Toppin for a work thematically related to the evils evidenced in holocausts throughout time. The Line Between was completed on July 25, 2011.

Text Source/Author
“when god decided to invent” from COMPLETE POEMS: 1904-1962, by E. E. Cummings, Edited by George J.
Firmage, are used with permission of Liveright Publishing Corporation. Copyright 1944, 1972, 1991 by the Trustees for
the E. E. Cummings Trust.

“now all the fingers of this tree(darling)have” from COMPLETE POEMS: 1904-1962, by E. E. Cummings, Edited by
George J. Firmage, is used with permission of Liveright Publishing Corporation. Copyright 1949, 1977, 1991 by the
Trustees for the E. E. Cummings Trust. Copyright 1979 by George James Firmage.