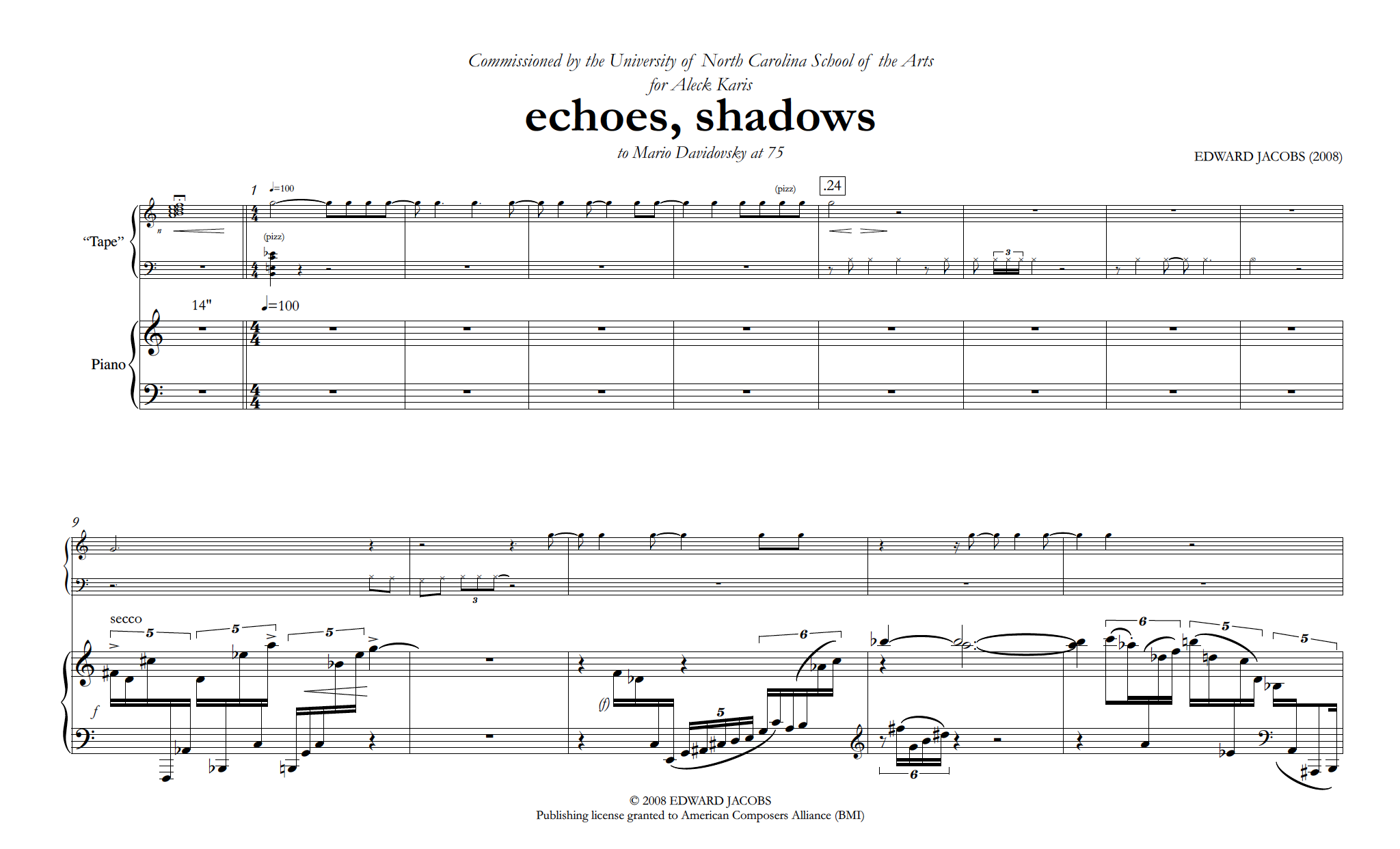 echoes, shadows was commissioned by the University of North Carolina School of the Arts, for pianist Aleck Karis. The piece was written in the summer of 2008, received its premiere performance on October 11, 2008, in Winston-Salem, NC, and is dedicated to Mario Davidovsky, in honor of his 75th birthday.

The work’s title has multiple meanings: The music explores the nature of literal echoes, as the “tape” part often seems to echo the piano, though with altered sounds; In a less literal sense, much of this piece responds to a landmark of this medium, Mario Davidovsky’s Synchronism No. 6, whose opening pitch is heard often in this music; another ‘echo’ emerges as some of the music heard within is based upon Aphorisms for solo piano, written in late 2007 as an etude for this piece; and finally, moments of echoes, shadows find glances backward toward previous works of mine in this medium.

echoes, shadows lasts about eleven minutes, alternating between and exploring two contrasting moods, one rhythmically energetic, the other a more reflective chorale.