TRANSCENSION - I Have Been to the Mountaintop 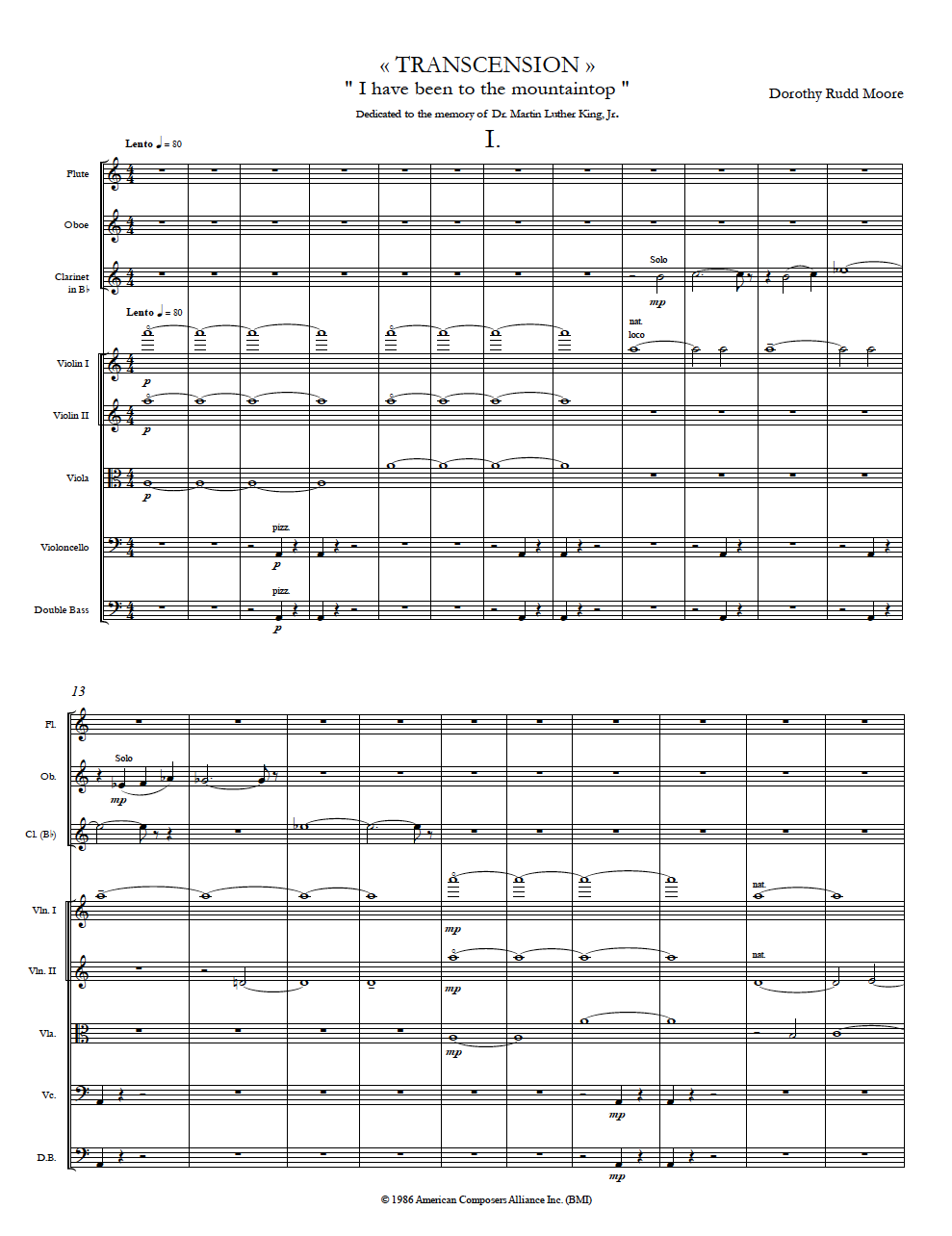 TRANSCENSION - I Have Been to the Mountaintop

The title is a portmanteau of the words “transcendence” and “ascension.” The composition is dedicated to the memory of Dr. Martin Luther King, Jr., and was written in recognition of the first national holiday celebration of his birthday.

The first movement, Lento, is slow and contemplative, illustrating the reflective struggle of Dr. King’s commitment to humanitarian causes. Strains of “True believer” (from the spiritual “Sometimes I feel like a motherless child”) can be heard throughout. The second movement, Allegro, is agitated, depicting the fierceness of Dr. King’s resolve against forces that opposed him, and the triumph of his spirit that has kept his “dream” alive. --- Dorothy Rudd Moore

Dedicated to the memory of Dr. Martin Luther King, Jr.