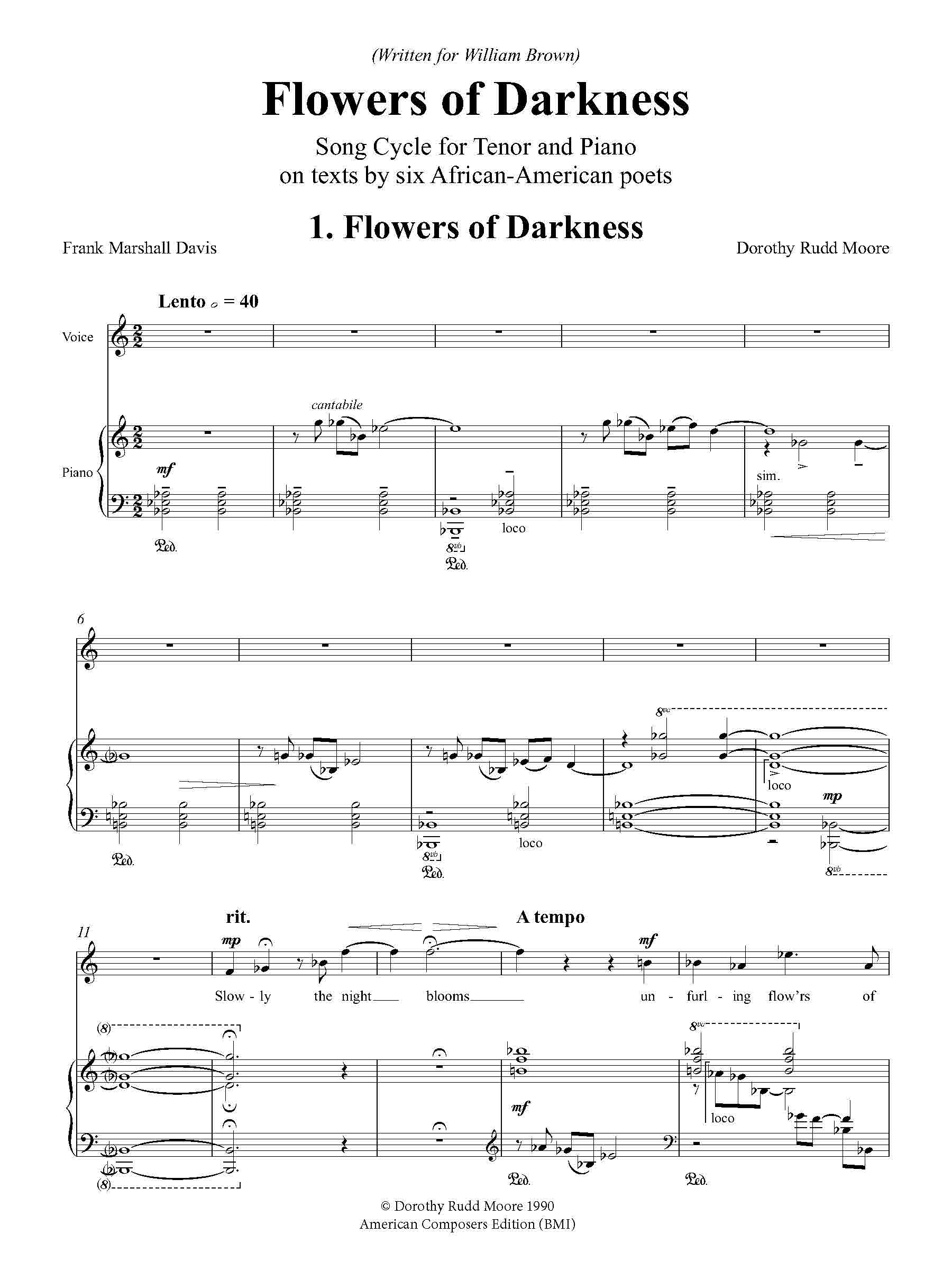 Flowers of Darkness is a song cycle for Tenor and piano, with texts by six African American poets. The work explores facets of relationships between black men and black women –the "flowers of darkness"- as seen through the men's eyes.

The speaker in the title song employs images of the sensuous blossoming of the night to express his breathless admiration for the budding womanhood of the object of his passion. Another observer ponders whether the Creole Girl possesses atavistic recall of her varied geographical roots, while Harlem Sweeties features an admiring Harlem boulevardier who vernacularly savors the luscious, myriad colors of black female pulchritude.

Intimacy is implicit in At Early Morn: the narrator patiently bides his time while accommodating the requests of the reticent woman who summoned him to her side. The narrator in the following song lovingly extolls the beauty and virtue of his mate. It is with poignant tenderness that he recalls that The Glory of the Day Was in Her Face.

Loss and longing pervade the final song of the cycle. The title alludes to a figure in Greek mythology, the architect Daedalus, who constructed the labyrinth of Crete. When he was later imprisoned in it, he escaped by making wings of feathers and wax. The despondent protagonist in O Daedalus Fly Away Home likewise longs to escape a land he helped to build by weaving wings of "a wish and a weariness together". Feverishly beckoning the vision of his departed beloved, he yearns to "fly away home" to Africa.

Flowers of Darkness was written for William Brown.