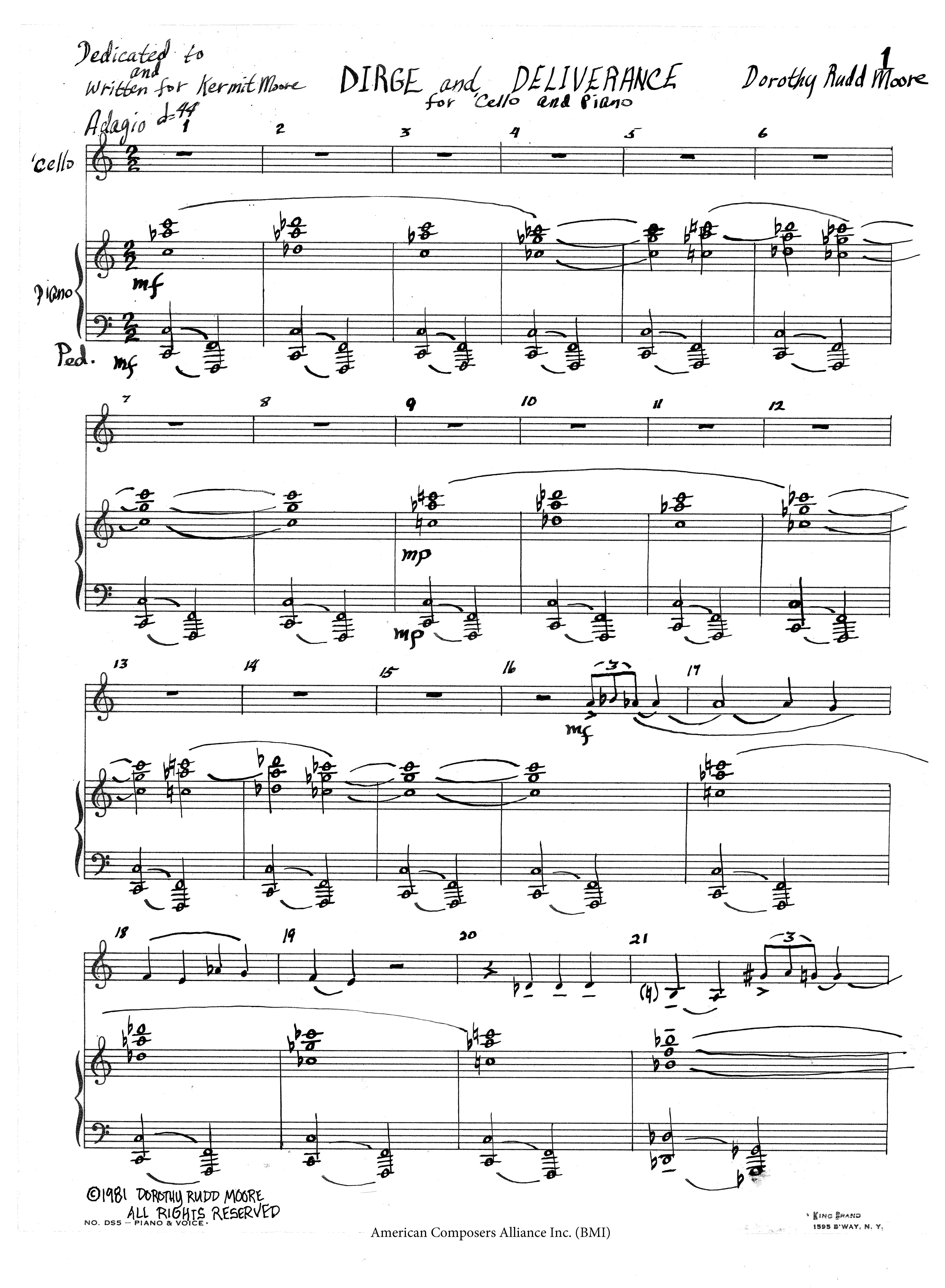 As the title indicates, the work is in two movements, portraying respectively the ethos of the words: "dirge," and "deliverance." The Dirge is marked Adagio, and begins with stark chords in the piano.  The cello then enters announcing the principal theme, which is characterized by a three-tone motive. The theme represents the human spirit longing to be free. The chordal and rhythmic structure form a pattern which embodies a force which intensifies the despair.  Deliverance is marked Allegro. The cello begins this movement alone. The theme is based on the same three-note motive of the Dirge, however the character is darker. The spirit is fighting to be free. The piano engages in a struggle with the cello. The cello suddenly plays alone again in an extended cadenza which alternates between rage and hope. Reflectively, the cello plays quiet harmonics and is joined by the piano. The resolve has become calm. They move with great purpose to the spiritual and physical liberation from their shackles.