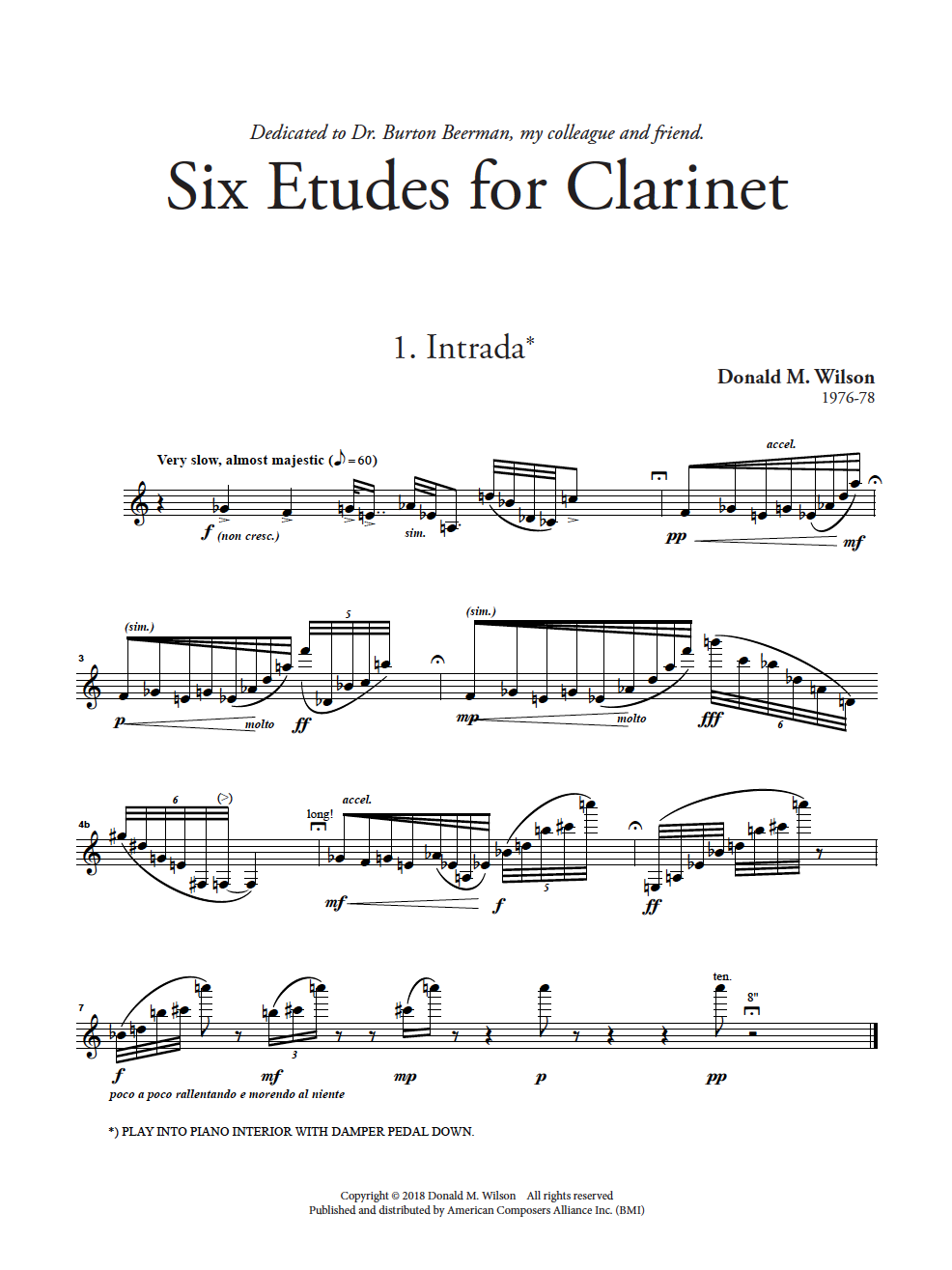 Three of the Six Etudes—numbers 2, 5 and 6-- are adaptations of three movements in the Six International Etudes for Viola, begun in Europe in 1976 and completed in Ohio the following summer. Of these three pieces, two of them are concerned with process-music whereby a generative principle is established at the outset and the music is literally “spun out” over the course of the movement. The other adaptation from the Viola Etudes is the final movement (“Overt Overtones”) whereby extended techniques are used in exploring the upper reaches of the instrument, whether viola or clarinet. Similar descriptions can apply to the other three movements.

Etude 1 (“Intrada”) applies the Fibonacci series to an all-interval tone-row ending on a repeated high C. Etude 3 (“Klang Farben Melodie”) uses contrasting methods of sound production (ordinario vs. flutter-tongue, whistling vs. singing by the performer) to put forward a melody of just six pitches extended by means of note-permutations. Finally, Etude 4 (“Patterns”) presents a Terry Riley type operation where again the music is spun out through the addition and  subtraction of notes to a given pattern. Overall, this work and its parent work for viola can be considered “Minimalistic” in nature due to its preoccupation with  musical processes.