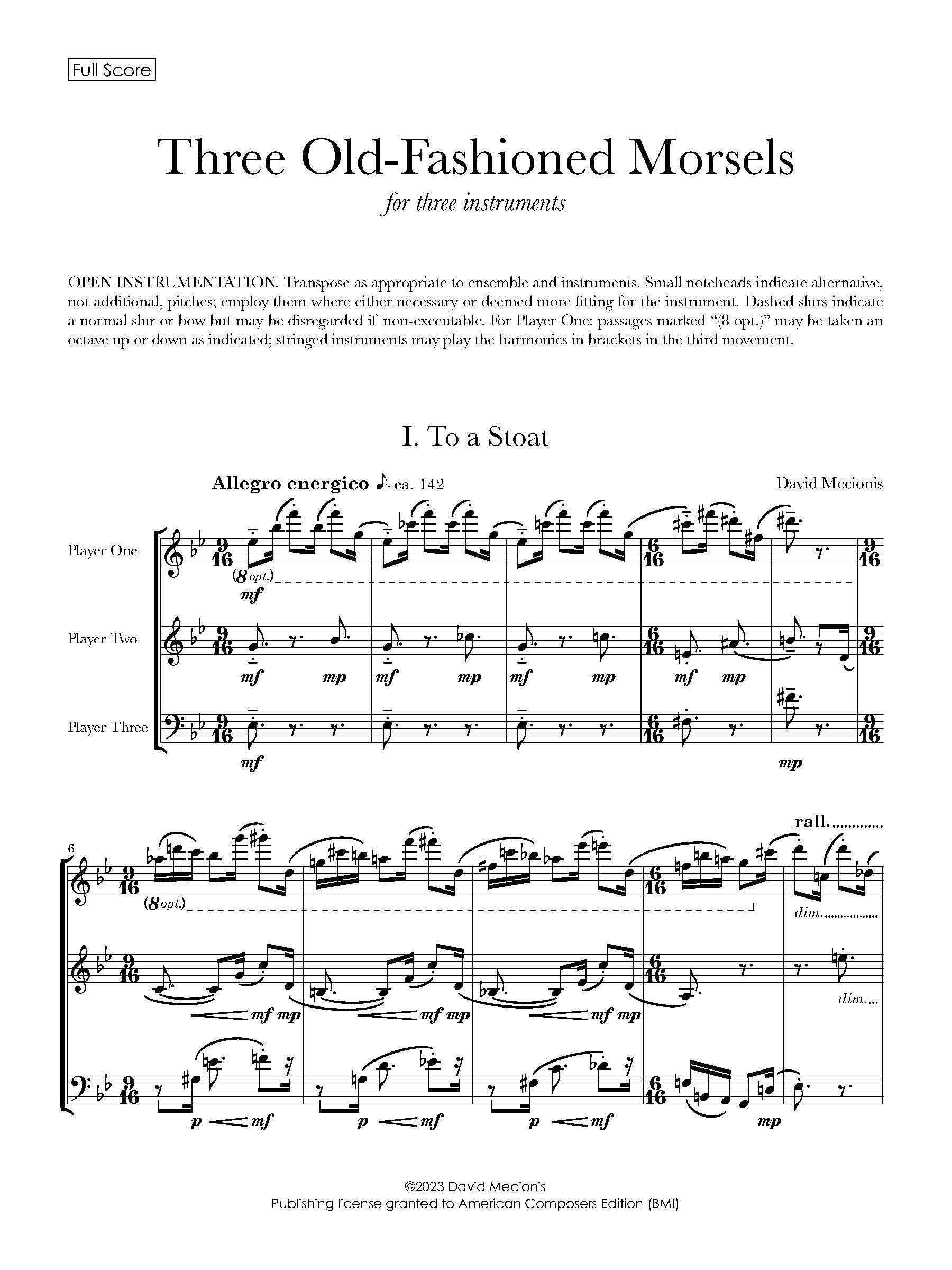 Scoring & Instrumentation
One Treble, One Middle, and One Bass Instrument
Alternate Title

Three Old-Fashioned Morsels was completed in early January 2023 for three-instrument open-score ensemble. The third movement was actually completed about 25 years previously as a very brief, stand-alone double fughetta based on an exercise I wrote while studying minor-key four-part writing in Schoenberg's Harmony treatise. I enjoy dense miniatures such as this which get across a full idea with nothing extraneous, but at under one minute it was too brief to be presented alone. In December 2022 I revisited it and decided to write two companion miniatures based in some way on our two cats.
The stoat is a common but elusive little woodland creature, as well the namesake of an orange cat not yet two years old. The first movement is an attempt to represent our Stoat's silly-sweet personality, focusing especially on his erratic and joyful gamboling. The second movement is an ode to Herzog, our very patient adult cat. He is a beautiful gray-blue tabby who loves to be held. He embraces us with his whole being though his soulful eyes. Zoggy is the very picture of love and no style can better capture his nature than the romanza.