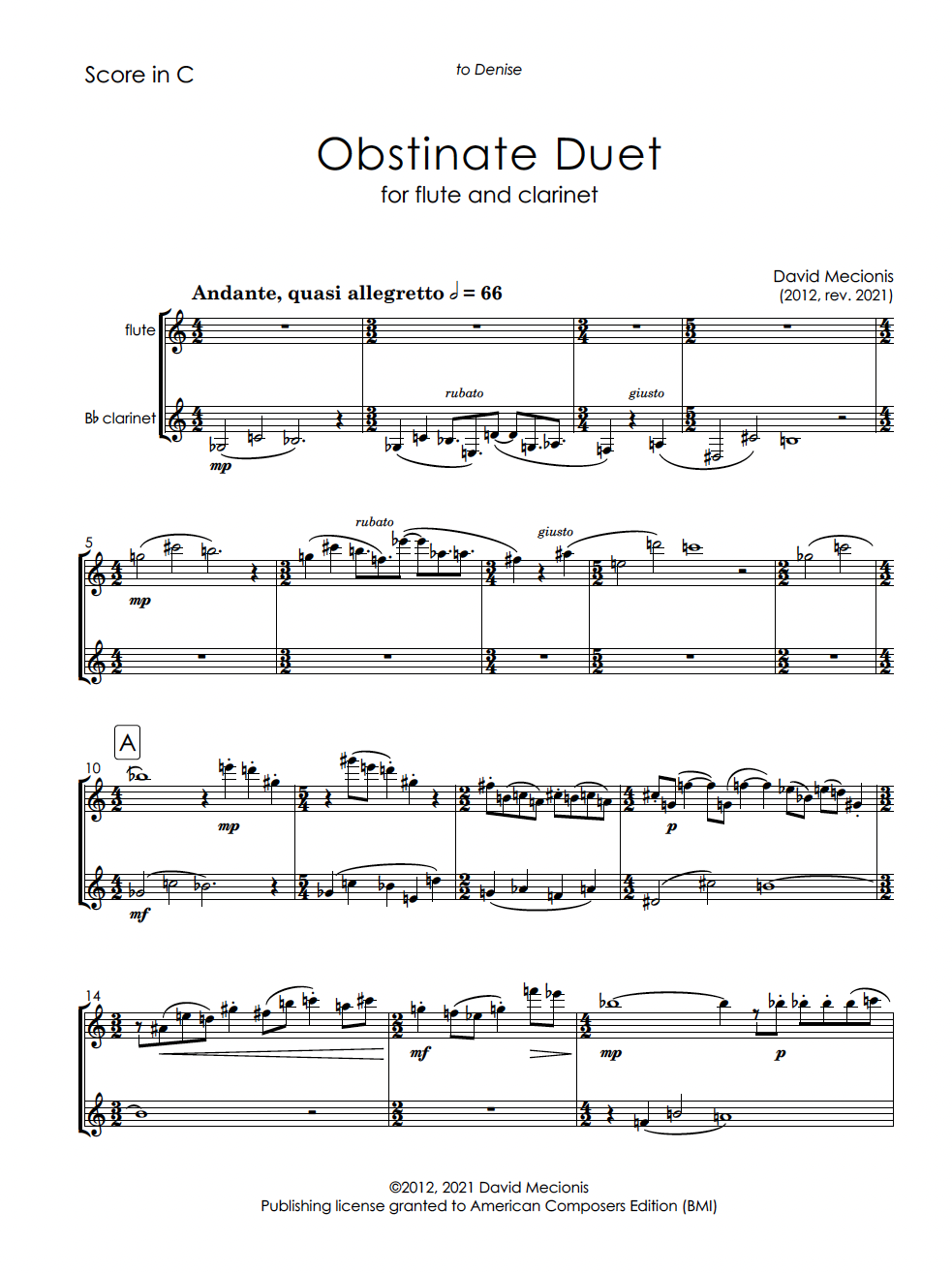 Obstinate Duet (2012, rev. 2020) is built from a melodious 12-tone row. It owes its style to many early 20th-century 12-tone pieces, which I find have a certain verve, playfulness and sense of discovery. In order to achieve a result in keeping with that period, I closely followed standard serialist procedures and employed none of the later, more advanced row operations.

I was reading Gustave Flaubert's unfinished final novel Bouvard and Pécuchet at the time of composition. I'm sure the music was unconsciously influenced by it. The music seems to ponder itself, arguing and agreeing at turns, dabbling in activities meaningful or reckless while being—I hope—quite entertaining, perhaps much in the way we are lead to view Messrs. Bouvard and Pécuchet in the course of their incessant endeavors. Hence the double meaning of the title of this music: it's a duet on an ostinato figure while also being a character piece on the theme of Flaubert's hilariously obstinate heroes.