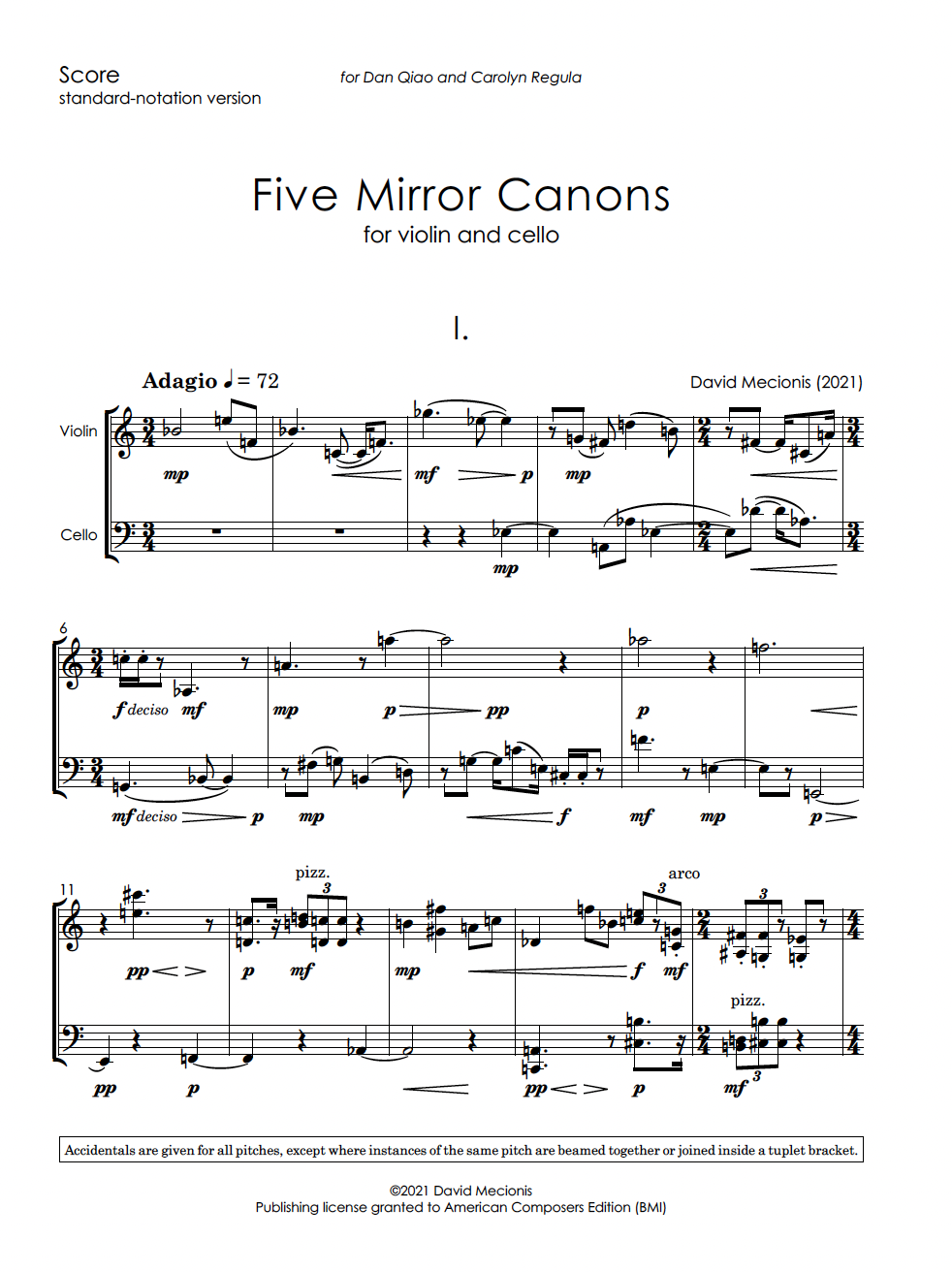 In a two-voice mirror canon, either player's part may be held parallel to a mirror to reveal the part of the other player, with the middle line of the five-line staff functioning as the fulcrum. Each of the Five Mirror Canons adhere to the principal of precise inversion of every interval about the fulcrum with no adjustments for key. For the violinist, confined to the treble clef, the middle line of the staff is always B. By contrast the cellist reads three clefs, bass, tenor and treble, for which the middle line is D, A and B, respectively. By the exploitation of these cello clefs throughout the canons, a pitch in one part may have any of three different pitches for its “reflection” in the other part. All this admits of many tonal as well as atonal implications for the listener, and also challenges for the performer.

In all of these mirror canons, with the exception of the central one, one instrument precedes the other by a strict number of quarter notes: eight for the first canon, seven for the second and fourth, and five for the fifth. In the third canon the instruments enter simultaneously and are rhythmically entrained, except for a 19-bar “antique style” section in the middle. The first half of this section is in A-minor with the violin temporarily preceding the cello by a single quarter note, until a quick modulation a tritone away to E♭-minor/D♯-minor heralds the cello's corresponding and temporary shift into the lead position.

Five Mirror Canons was composed between late-November 2020 and early-January 2021 for Dan Qiao and Carolyn Regula.