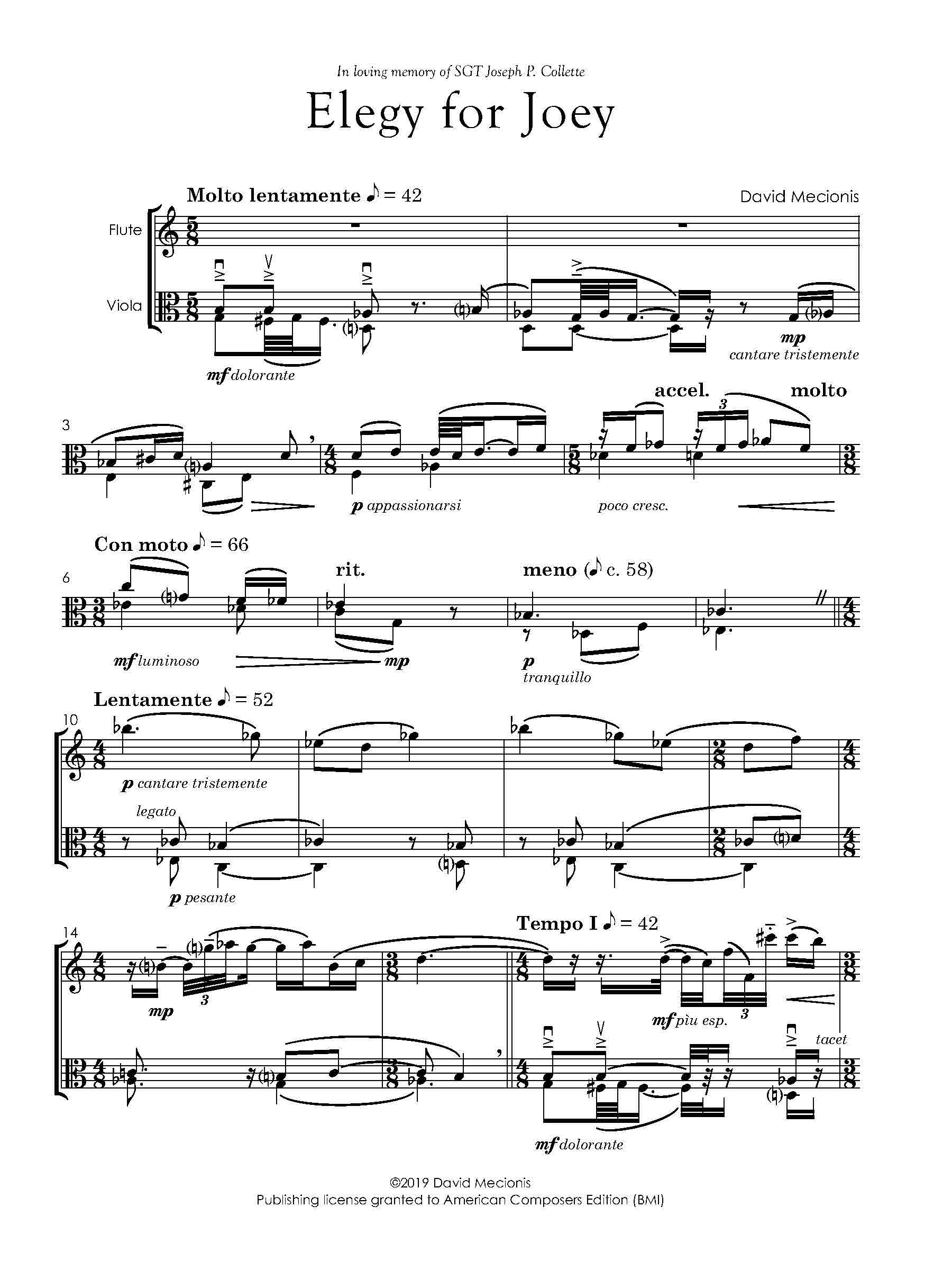 Elegy for Joey was written in loving memory of my nephew, SGT Joseph P. Collette. He was an Explosive Ordnance Disposal technician who served in the U.S. Army for more than eight years. Three months into his first deployment in Afghanistan, he was killed during a firefight while trying to save the lives of fellow soldiers in his unit. His awards and decorations include the Army Commendation Medal with Combat Device, Senior EOD Badge, Meritorious Service Medal, Purple Heart, and Bronze Star with Valor.

The opening rhythm and manner of this piece alludes to Igor Stravinsky's Élégie for viola solo. Elegy for Joey is an attempt to express the profound complexities and baffling contradictions of such an untimely death as Joseph's, while paying respect to the man he was. Elegy was performed by Randall Hester (flute) and Stephanie Price (viola) for the funeral service, held at Faith Memorial Church in Lancaster, Ohio on April 5, 2019.