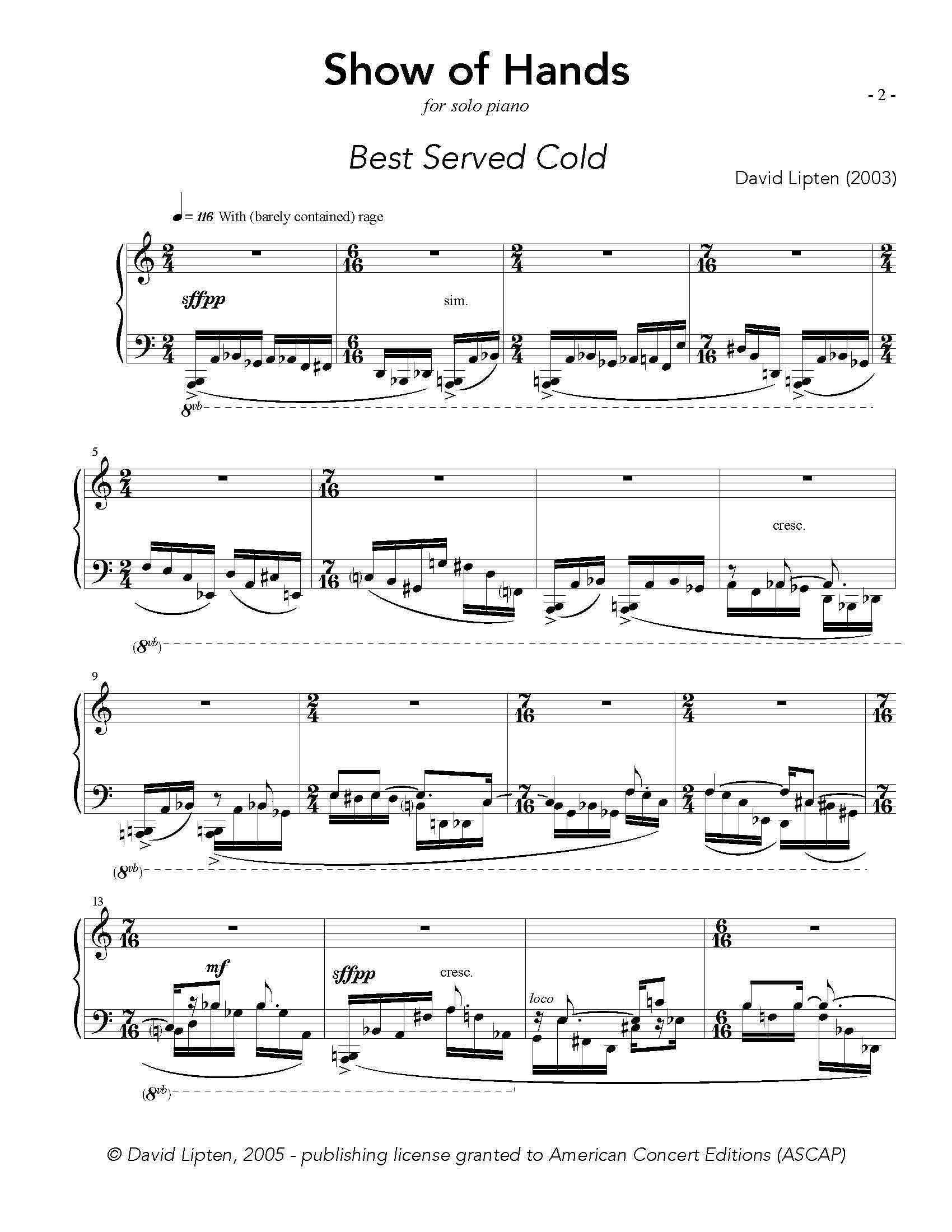 This work began life as separate pieces for solo piano that I realized fit into a traditional three-part arrangement of fast-slow-fast movements. I wrote the first, "Best Served Cold", while in residence at the MacDowell Colony in 2003. It was the dead of winter and magnificently serene for much of the time. Nothing about the character of this short, sometimes violent piece, then, can be attributed to my surroundings. The title is borrowed from “Les Liasons Dangereuses” (1782) by de LaClos. My original acquaintance with it came from either a Star Trek Klingon or Montgomery Burns, Homer Simpson's evil boss; I'm not sure which. The second movement, "Ever Since", contrasts the first since it is much less fiery and more introspective. The last, "Snap", is played at break-neck speed and features quick, repeated single notes connected by short, jagged bursts leading to passages of climactic chords.