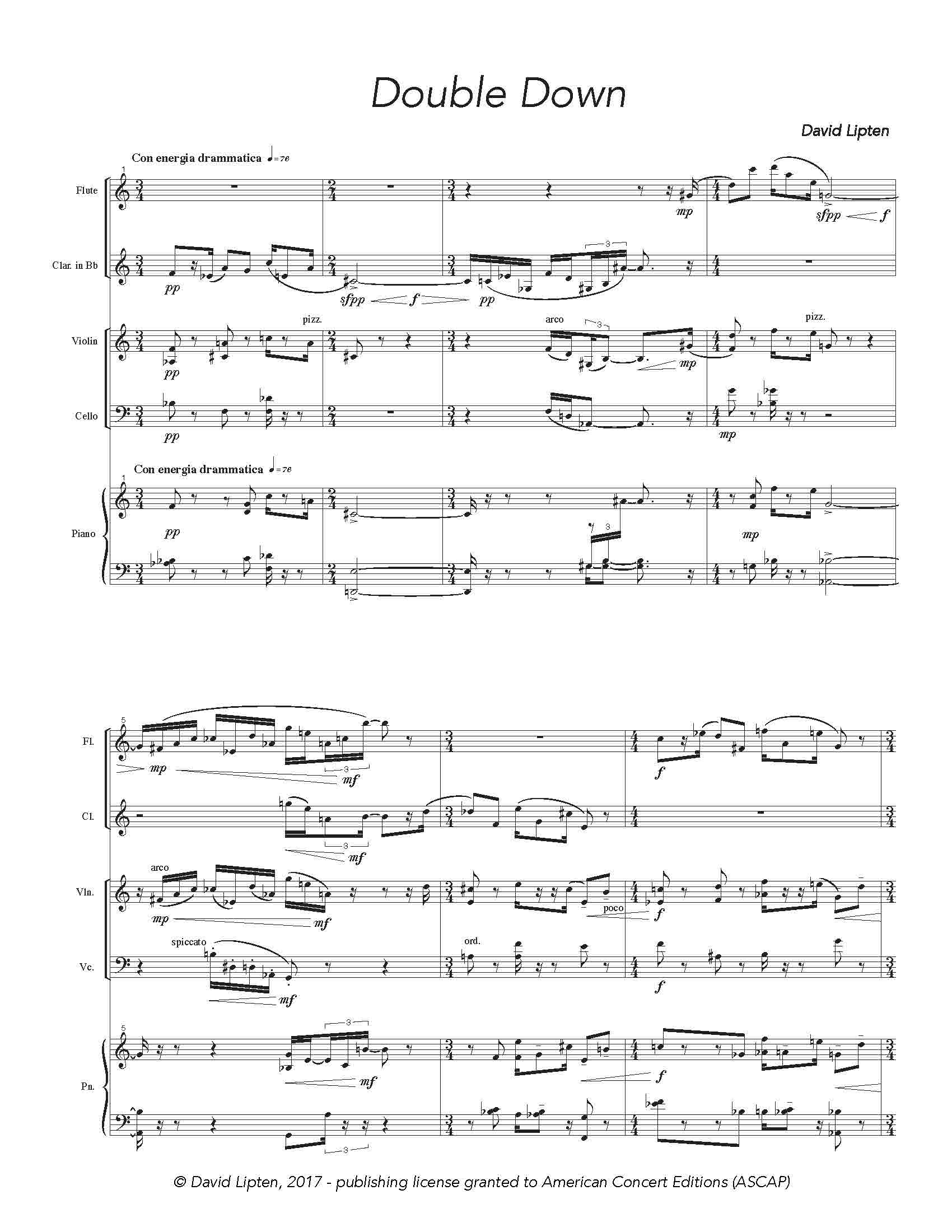 In the game of blackjack, a player doubles down when they increase their original bet by as much again in exchange for one more card. In the game of politics, this happens when a politician lies and, when forced to confront such a falsehood, not only do they not retract it, but, instead, express an even greater confidence in its truth. Examples in current events are myriad.

Hopefully, there are no lies in the composition, “Double Down.” There are, however, a great many instances where musical lines are varied and colored by combining or doubling the instruments playing them.

The piece was commissioned by and dedicated to Cosmos New Music.I wrote a large part of the work while in residence at the Brush Creek Foundation for the Arts in Saratoga, Wyoming during the summer of 2017. I would like to thank that organization and for its support and to thank Cosmos New Music for its commission.