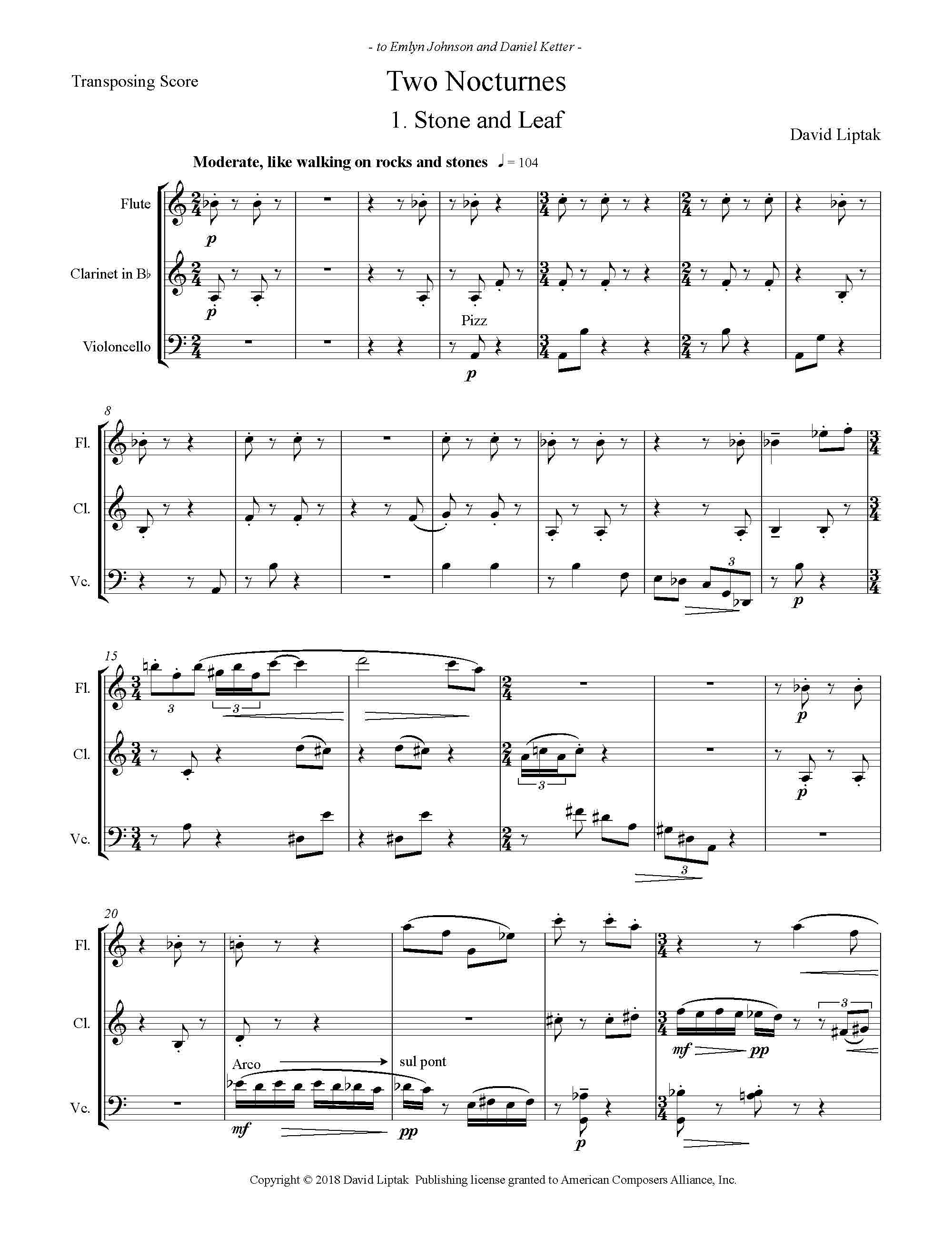 Commissioned for evening outdoor performances in parks and other natural venues, Two Nocturnes may also be performed in more traditional concert settings. The two movements are titled 1. Stone and Leaf and 2. Under Starry Skies, and outdoor performances in which Stone and Leaf is played at dusk, followed by Under Starry Skies in darkness, match the imagery of the music. When the timing of outdoor performances is not quite right, or when the music is performed in more traditional settings, the performers are invited to reflect upon their own thoughts and images of just before, and just after, sunset.