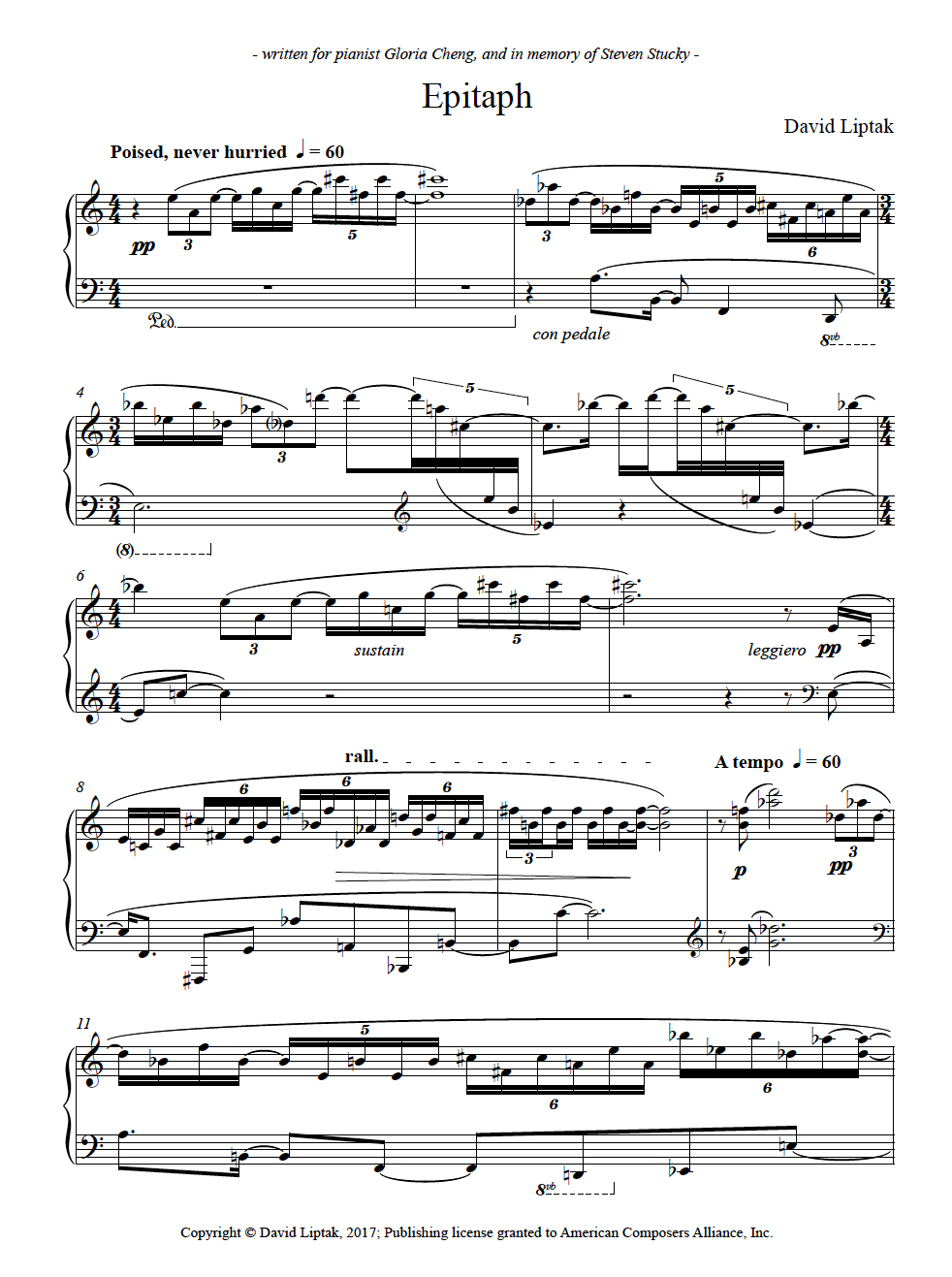 Epitaph was composed in response to a request from pianist Gloria Cheng for a collection of one-minute works for piano solo written in rememberance of composer Steven Stucky. Steven and I became friends in middle age, when both of us were living in upstate New York, with his long service at Cornell University and mine at the Eastman School of Music. Perhaps because we were not young then, I think about Steven as I read poetry by Yeats, poems like The Song of Wandering Aengus and Sailing to Byzantium. Yeats wrote his own epitaph, which appears on his tombstone; the final lines of a longer poem: Cast a cold eye/On life, on death./Horseman, pass by! Epitaph is written with gratitude to Gloria Cheng for her conception and performance of these short works.