Sonatine for Horn and Piano 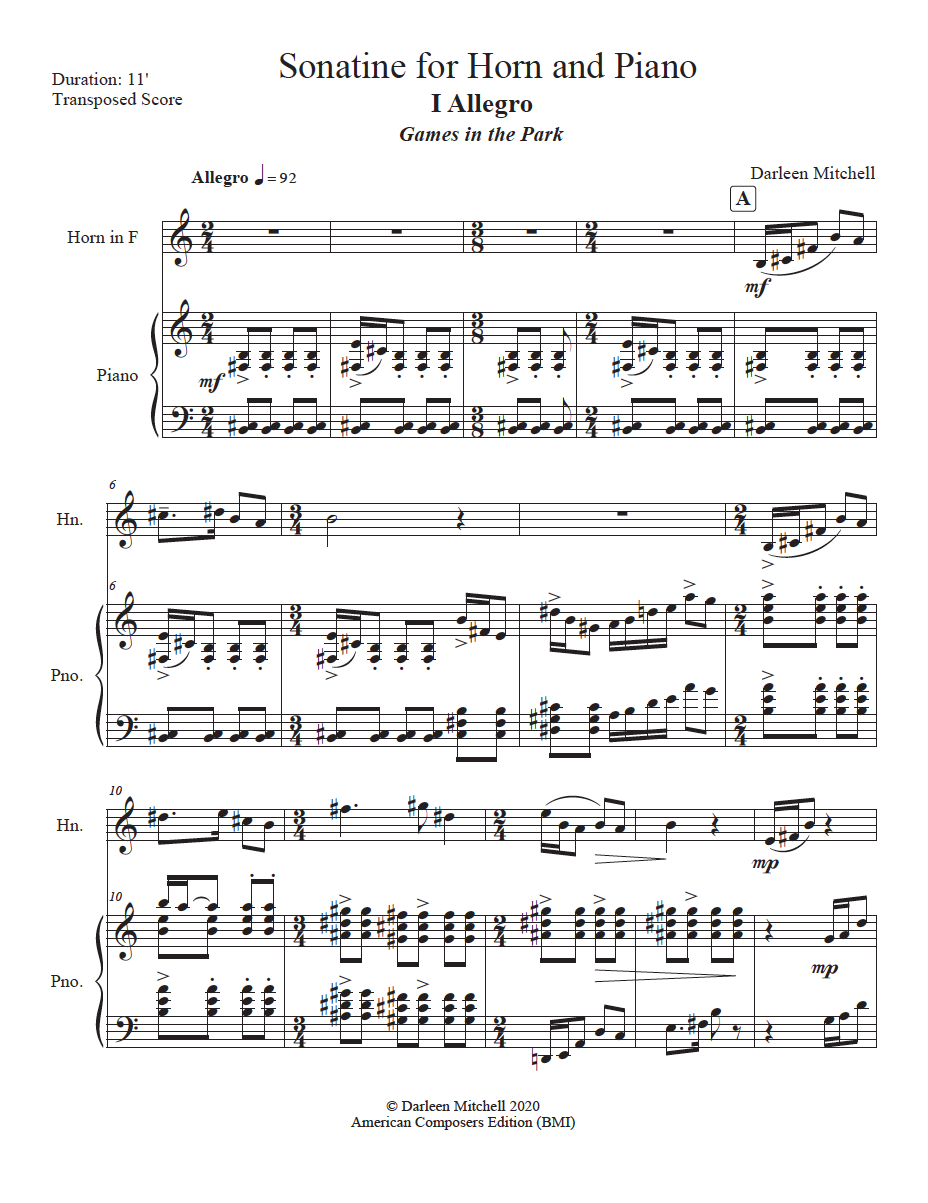 Sonatine for Horn and Piano

This work is “classical” in many ways, especially regarding the overall formal design and internal melodic design. As a pianist I played many sonatas and sonatinas by the major 18th-19th century composers. In college I also played horn, studying with a member of the Chicago Symphony, so of course I learned the Mozart horn concertos (with piano accompaniment). Note that the work is entitled Sonatine for Horn and Piano, as the piano part is not just an accompaniment, but an equal member of this duo.

This work has three movements, Allegro, Adagio and Allegretto, or fast-slow-fast design of many classical era pieces. There is typical classical phrase-period structure. The Allegro, a fast, driving movement, is in classical first movement design, with principal theme, secondary theme, development and recapitulation. The Adagio, with slow lyrical themes, is in a large ternary design and the Allegretto is in rondo design, ABACA, with fast, joyous and happy themes.

There are subtitles added to each movement to give a sense of the mood of each, not to be taken programmatically, but to suggest an emotion or connection to an image or feeling in each movement. An image for the Allegro can be “Games in the Park.” The Adagio is described as “A Slow, stately, march or invocation.” “A Jovial, Bouncy Dance” describes the Allegretto.