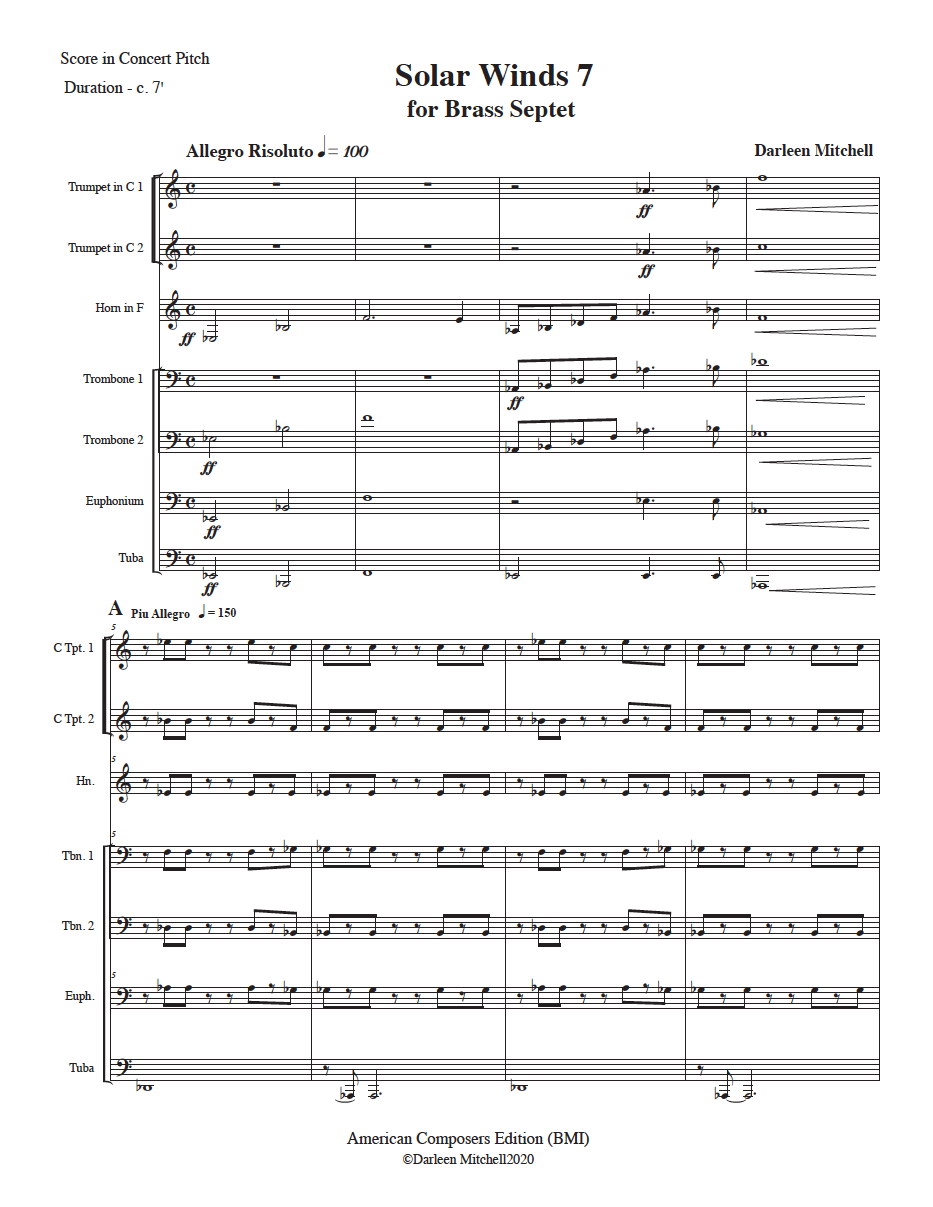 Solar Winds are discharged from the sun in a continuous flow of charged particles. Reaching the earth’s magnetic field, they set off amazing displays of light, called the aurora borealis. While my piece is not really programmatic, this image serves as inspiration for the music.

The music is somewhat through-composed in five sections, although with a brief return of the material from the beginning. A, Allegro Risoluto, is characterized with dense, dissonant sonorities in driving rhythms. In B, Allegretto grazioso, the texture thins out with a playful, fragmented melody. C, Adagio, begins as a slow duet with trombone 1 playing the melody and trombone 3 counterpoint.

In section D trombone 3 now has the melody, although at a faster speed and the other brass enter canonically. This lyrical melody begins again in E, although faster and with quick canonic imitations. Section F is a transition to a return of the sonorities and rhyth ms of the beginning Allegro Risoluto, now section G .

The final section, H is a sort of coda in 3/2, returning to the dissonant sonorities of the beginning, but moving to Molto Allargando and then Adagio before ending on a consonant. In terms of the melodic/harmonic/rhythmic material, the entire work is rather tertian: A B (BCDE) Transition (F) A (G) Coda (H).