Passages (for violin, guitar, and piano) 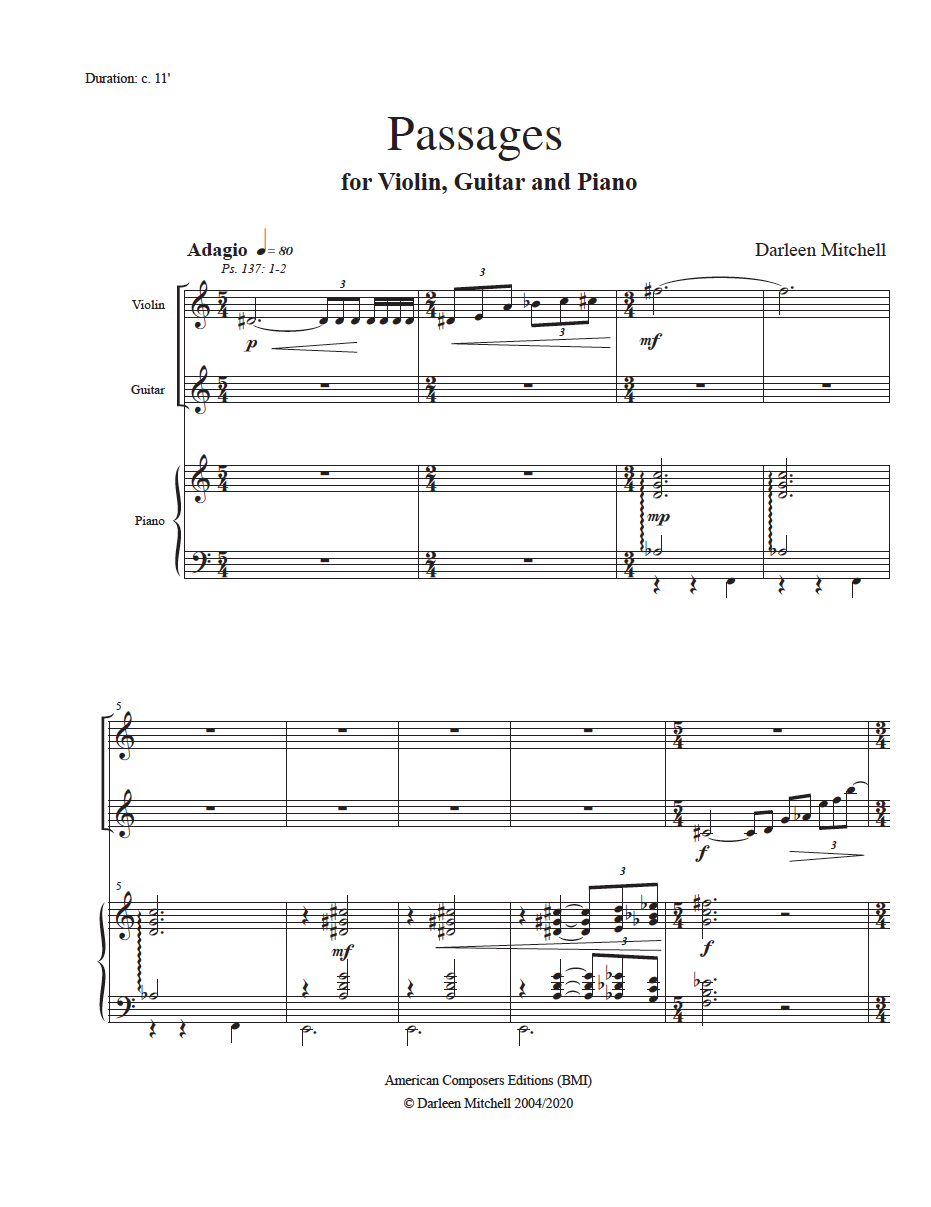 Passages (for violin, guitar, and piano)

The score contains references to passages in both the Old Testament and the New Testament These should serve as non-specific programmatic guides to the character of the sections.  The composition is freely serially based, but also draws upon the octatonic scale for both melodic and harmonic resources.  The work was inspired by various passages from the Bible, and also contains quotations of other music that uses the octatonic scale by Gershwin, Bartok and Stravinsky, that is, other passages.

Psalm 137: 1-2
By the streams of Babylon we sat and wept when we remembered Zion.  On the aspens of that land we hung up our harps.

Exodus 3:2
There an angel of the Lord appeared to him in fire flaming out of a bush.

Luke 9:29
While he was praying his face changed in appearance and his clothing became dazzling white.

I Kings 19:11
A strong and heavy wind was rending the mountains and crushing rocks before the Lord - but the Lord was not in the whirlwind.

Luke 2: 32
A light of revelation to the Gentiles and glory for your people Israel.

Arrangement of the 2001 original for piano trio.