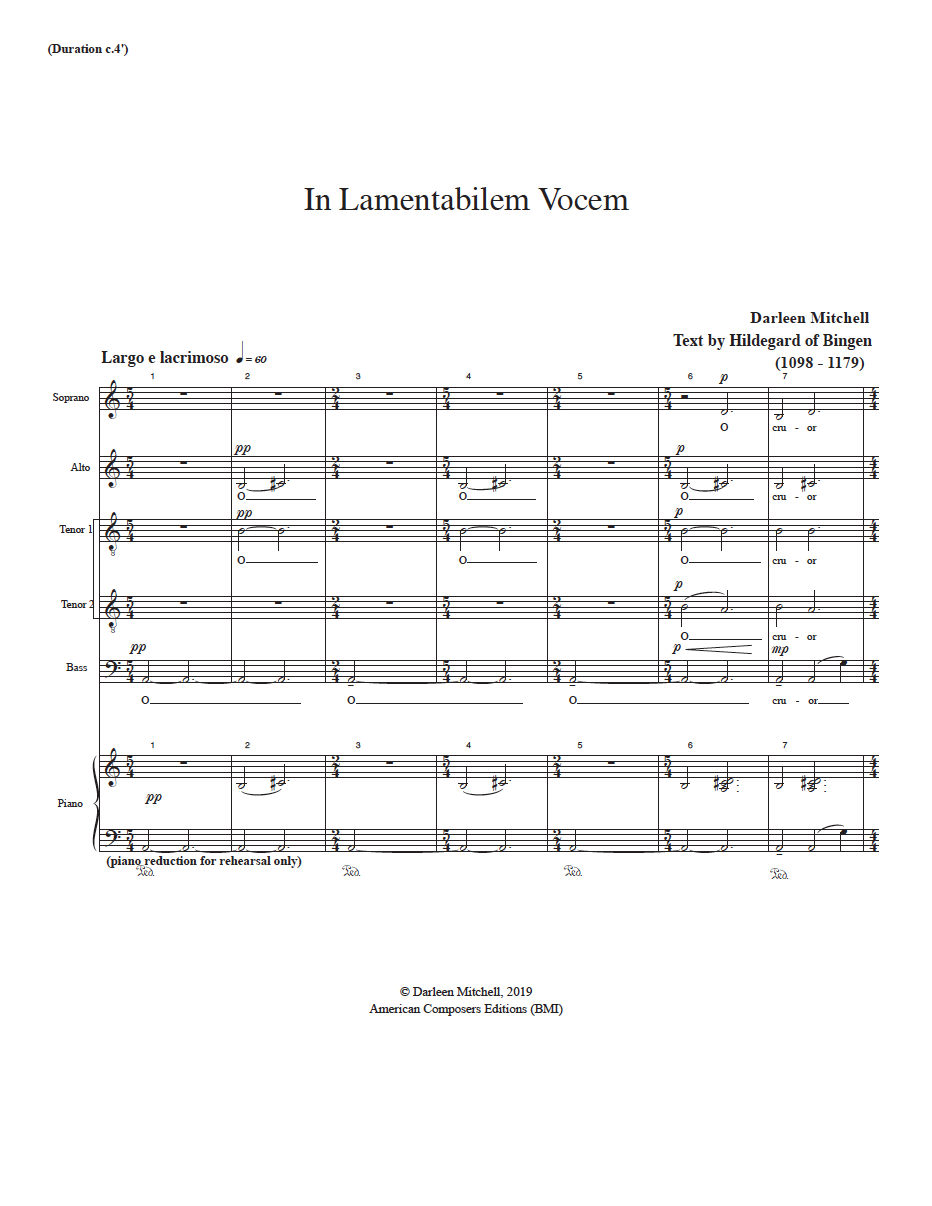 This a cappella choral work is an arrangement of the final movement of Visions, my concerto for tuba and band. Inspired by St. Hildegard of Bingen (1098 – 1179) each movement reflects upon her visions and writings, about creation, the omnipresent God, “constantly circling,” the “Ancient of Days,” mirrors and resonating songs of praise. The last movement “In Lamentabilem Vocem,” [In a lamenting voice] is inspired by the wonderful paintings of her visions of the crucifixion, for which she also wrote an anthem. In this largo e lacrimoso choral work, the tuba solo appears in the tenor or bass parts against the chant-like song of the other voices. Dissonant tone clusters are counterpointed against soaring melodic fragments of perfect fifths and triplet figures interspersed with descending chromatic passages. The dissonant clusters resolve to a stark perfect fifth, which seems to appropriately end the work.

O bloodshed
That resounded on high
When all the elements
Enfolded themselves
In a lamenting voice
With trembling,
Because the blood of their Creator
Touched them;
Anoint us,
Heal our wounds