City of Dreams (for voice and piano) 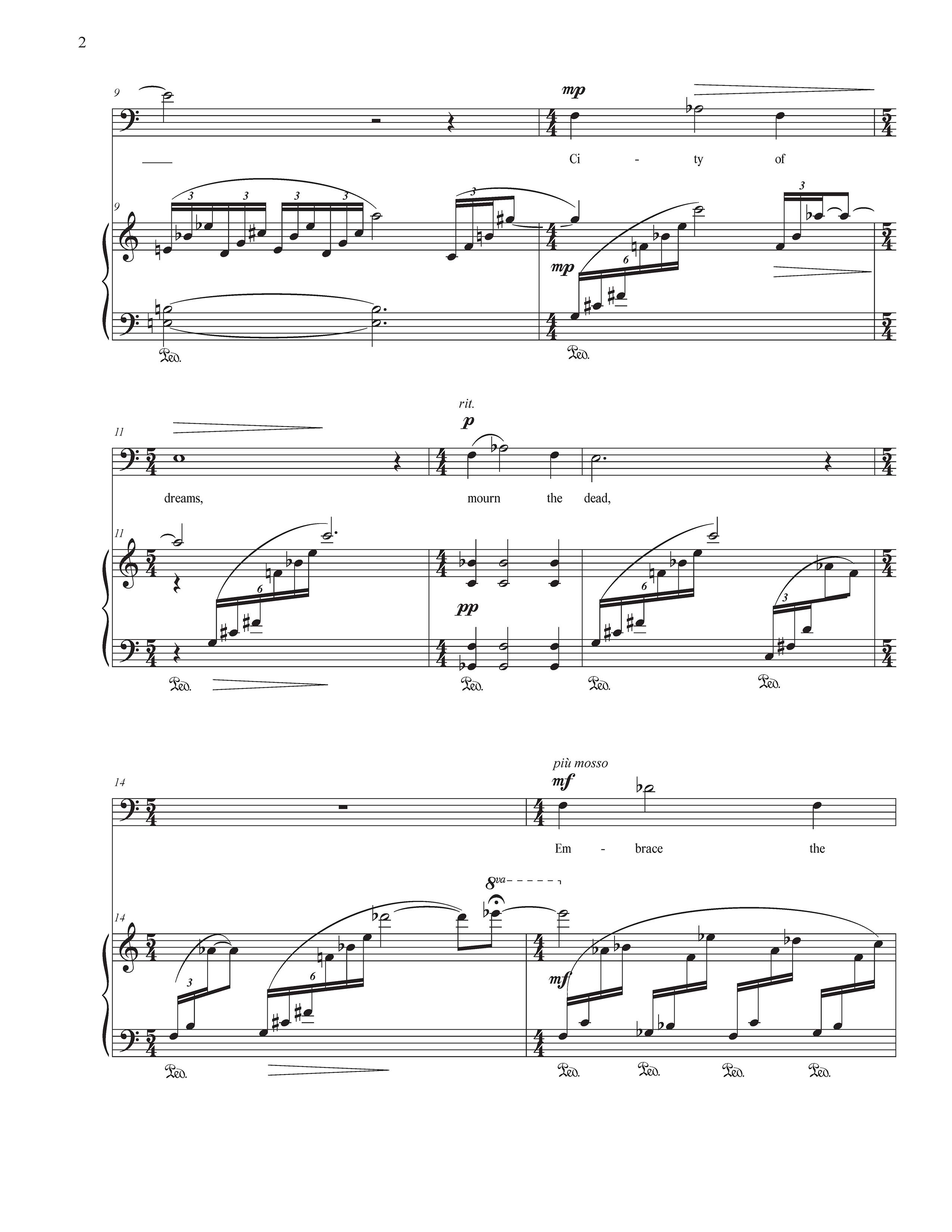 City of Dreams (for voice and piano)

"It is difficult to describe my feelings as I watched the TV news on the morning of September 11, 2001 - a live broadcast as the second plane struck the tower. I drove the twenty minutes to the University of Nebraska in Kearney where I was teaching. The department had wheeled a large TV into the choral room. Classes were cancelled and I joined the students in silence. Various newscasters expressed their thoughts and feelings, and I later assembled small fragments from these newscasts. Even after 20 years I can’t forget that morning."