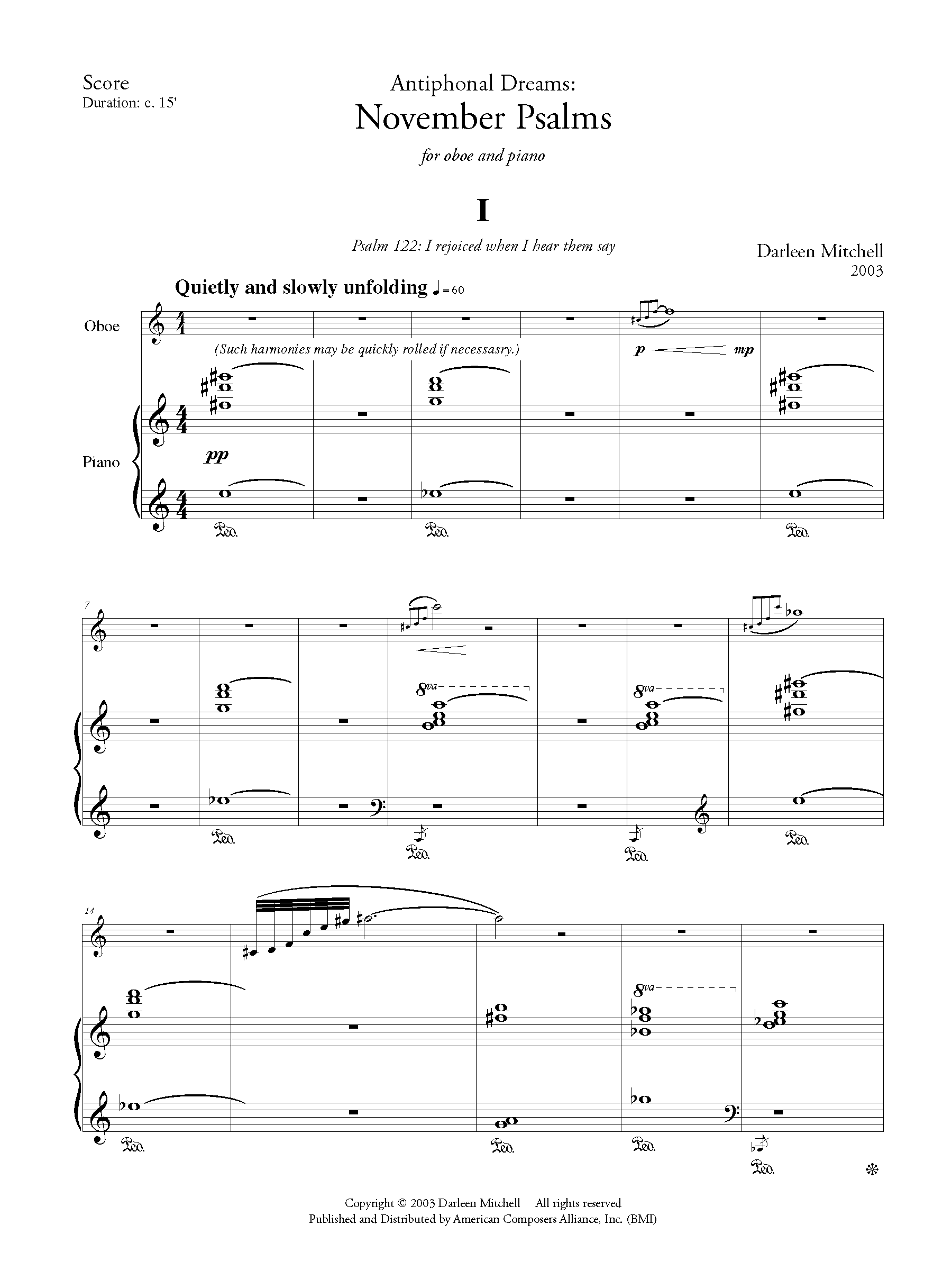 Scoring & Instrumentation
Oboe and Piano
Alternate Title
ANTIPHONAL DREAMS: NOVEMBER PSALMS
Year Authored (or revised)
Duration (min)
15
Movements
I. Psalm 122, I Rejoiced When I Heard Them Say
II. Psalm 23, The Lord Is My Shepherd
III. Psalm 67, The Earth Has Yielded Its Fruits

The first song, I. Psalm 122: I rejoiced when I heard them say, is for the feast of Christ the King, usually the last Sunday before Advent. After quietly unfolding sonorities, the oboe begins a triumphal call made of rapid, ascending sixteenth notes. The slower passages, made of major 7 and 9th sonorities in dissonant combinations, seem majestic.

The second song, II. Psalm 23: The Lord is my Shepherd, is a very familiar psalm that is often used in funerals but appears in some liturgical years in November. This slow reflection uses minor seventh chords in dissonant combinations. The minor third in my psalm is a generating sound for most of this song, and the oboe actually quotes the opening psalm phrase accompanied by alternating major sixths (inversion of the minor third) juxtaposed at a minor second.

The third song, III. Psalm 67: The earth has yielded its fruits, opens with rapid, jarring dissonance. The initial motive, the minor second, is combined with another minor second, and this cluster is used rapidly to suggest the frenzy of harvest, with plenty of minor seconds in dissonant pairings (A Bb, C# D). This psalm appears in the liturgy of November as a song of thanks for the harvest. There are moments of rest, perhaps suggesting a pause in the work of harvest to give thanks. The song culminates with a very slow movement of harmonies, ending on the harmony which the work began: E F# D# G#, which could be heard as a major 9 sonority.