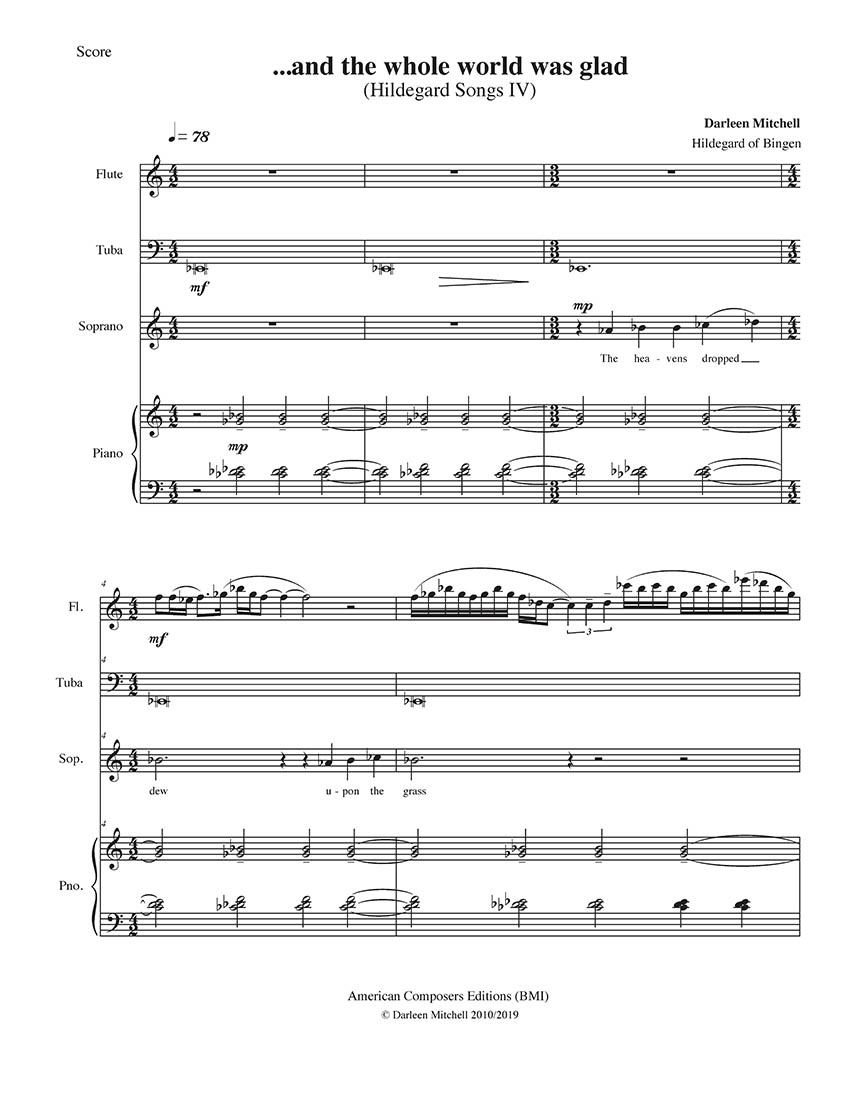 The entire song cycle (from which The Embrace comes) began in 2007 with Floribus Tonorum, initially written for the Flubano Trio of flute, tuba and piano. The title Floribus Tonorum is from Hildegard’s song, O Beloved Son, and translates as “flowers of sound.” It is essentially about the birth of Jesus from Mary’s perspective, and as such, all the songs in this cycle are about Christmas and praising women. This piece inspired me to write the music O Beloved Son, for soprano and piano in 2008, and inspired me to finish the cycle in 2010.

IV And the whole world… again uses text which suggests the Mother of Jesus saying, “The heavens dropped dew upon the grass and the whole world was glad, because my womb brought forth wheat and the birds of heaven made their nests in it.” Definitely a rather spiritual-mystical Christmas message!

While the entire song cycle began from a pitch series, the pitch series itself contains a hint of tonality. This ‘hint,’ while suggested in O Beloved Son, is more realized in The Embrace and And the Whole World was Glad. The pitch series begins with a nine-pitch set, that when treated as a group of set class, contains both major and minor scales, and from these, smaller sets are selected that can be “analyzed” as traditional tertian extended harmonies.

There are certain characteristics of the ‘New Spiritual Music,’ perhaps from my subconscious, that are being integrated into my usual style. These characteristics include repetitiveness, especially in the use of patterns, a post-modern approach to tonality, and an intuitive and emotional sensibility.

The four pieces of this cycle were published separately and may be performed individually or as a set, totaling about twenty minutes in duration.