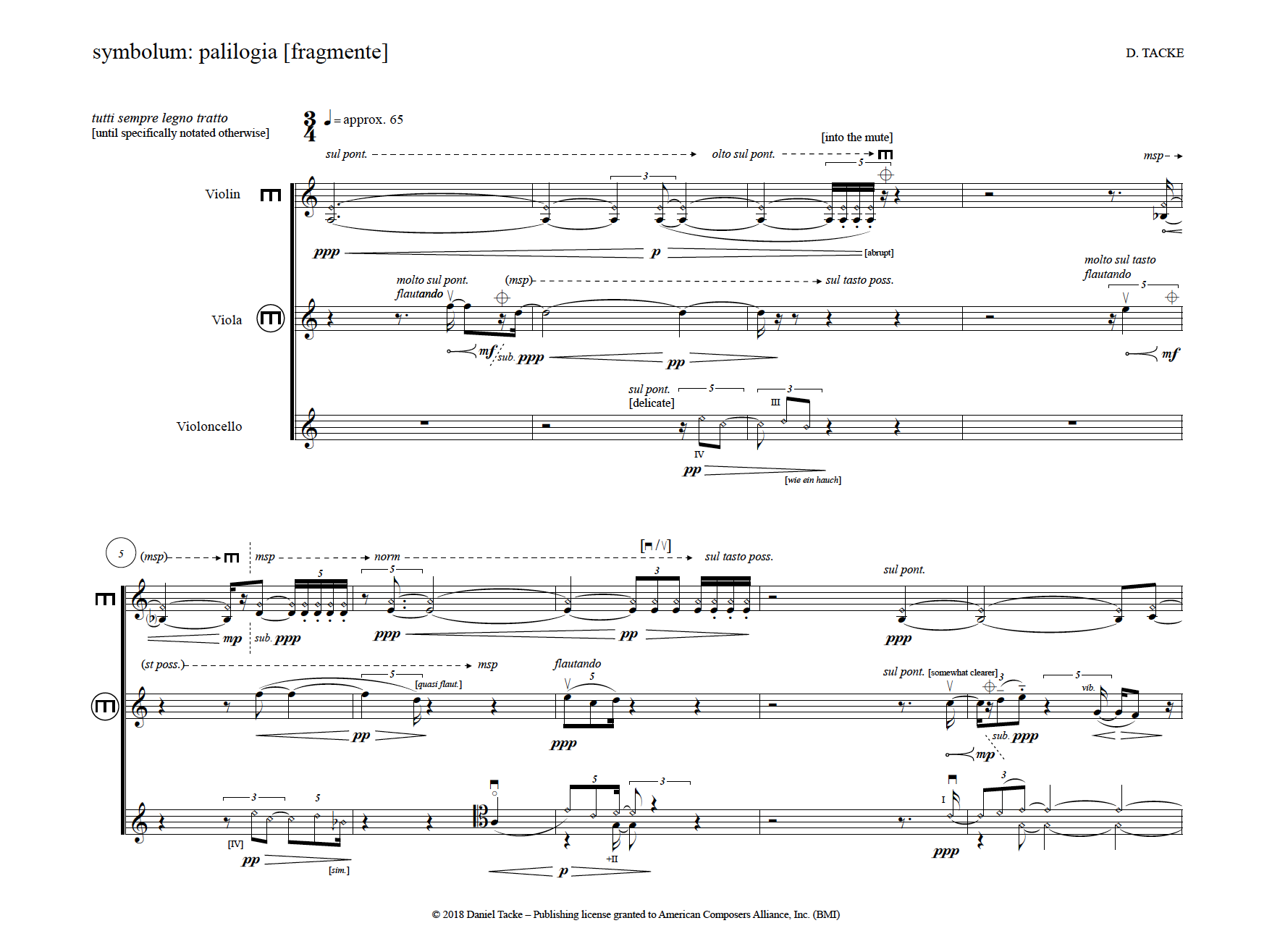 symbolum: palilogia is a dialectic between the expressive impossibilities of a rigorous, hyperidiomatic performance practice and the structural impossibilities of a canonic architecture beyond the capacities of the instrumentation. Apart from the transformational tendencies inherent to any dialectic, there is no compromise, only an absolute system yielding music of intense fragility and peril.

In baroque Figurenlehre, παλιλογία is a rhetorical device of “all-too-frequent repetition” (Walther, Lexicon), untransposed and with little or no variation. Here the massive canon is repeated three times, unchanged, and even though the context of imitative disposition evolves, there is no “breakthrough” into dialectical fulfillment, only a constant reaffirmation of the dilemma.

This hard truth is revealed in the music’s crippled, all-too-human attempts at perfection, which may be deeply beautiful, but—despite any amount of repetition or change of tactic—lead only to empathy in collapse. Ultimately, the dialectic is a false hope, and any redemptive transcendence must come from outside the system, plagued by the bitter conditions of the music even as it looks beyond.