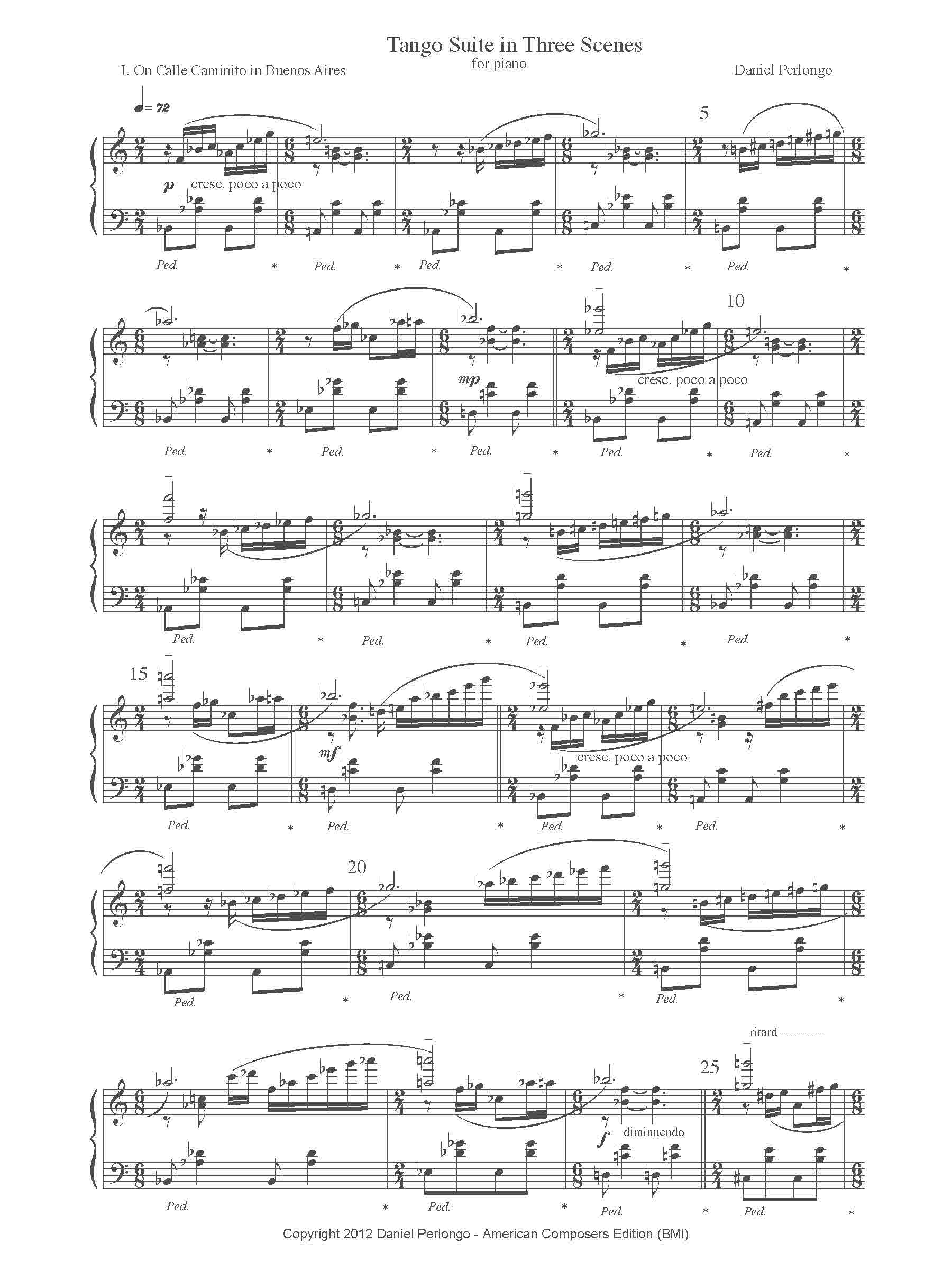 Inspired by a trip to Argentina, Tango Suite in Three Scenes begins with (1) On Calle Caminito  (Little Street) which is in La Boca (The Mouth) one of the most colorful barrios of Buenos Aires. Called little walkway or little path, it is a street museum and a traditional alley which acquired cultural significance because it inspired the music for the famous tango, Caminito (1926) composed by Juan de Dios Filiberto. Around 6 million foreign immigrants poured into Argentina between the years 1880 and 1930.The majority of these immigrants proudly brought their unique Italian identity to La Boca, and one of their old traditions was to paint the outside of their homes with the leftover paint from the shipyard – as nothing else was available or could be afforded. However, they took things one step further in La Boca, and actually built the houses almost completely from materials found or discarded in the shipyard.

Over 1200 miles to the south in Argentina is the city of Ushuaia, also known as the end of the world, the southern most city in the Western Hemisphere and the ending point of the Pan-American Highway that begins in Alaska.  Cruising on the Beagle Channel just north of Cape Horn, with Argentina on one side and Chile the other, one comes (2) ByGlacier Italia, a tidewater glacier that spills into the Channel.

Impressions of Cape Horn and its environs, including the Strait of Magellan, the Beagle Channel and Tierra del Fuego inform the final movement  (3) Around Cape Horn. It is divided into three quick-tempo sections, each prefaced by a slow introductory phrase. The whole is unified by a single rhythmic ostinato that divides a common time measure into 3+3+2 parts. I was inspired to use that figure by my enjoyment of hearing it in several Astor Piazzolla tangos.  I call the movements scenes because of their picturesque flare and reference to place.