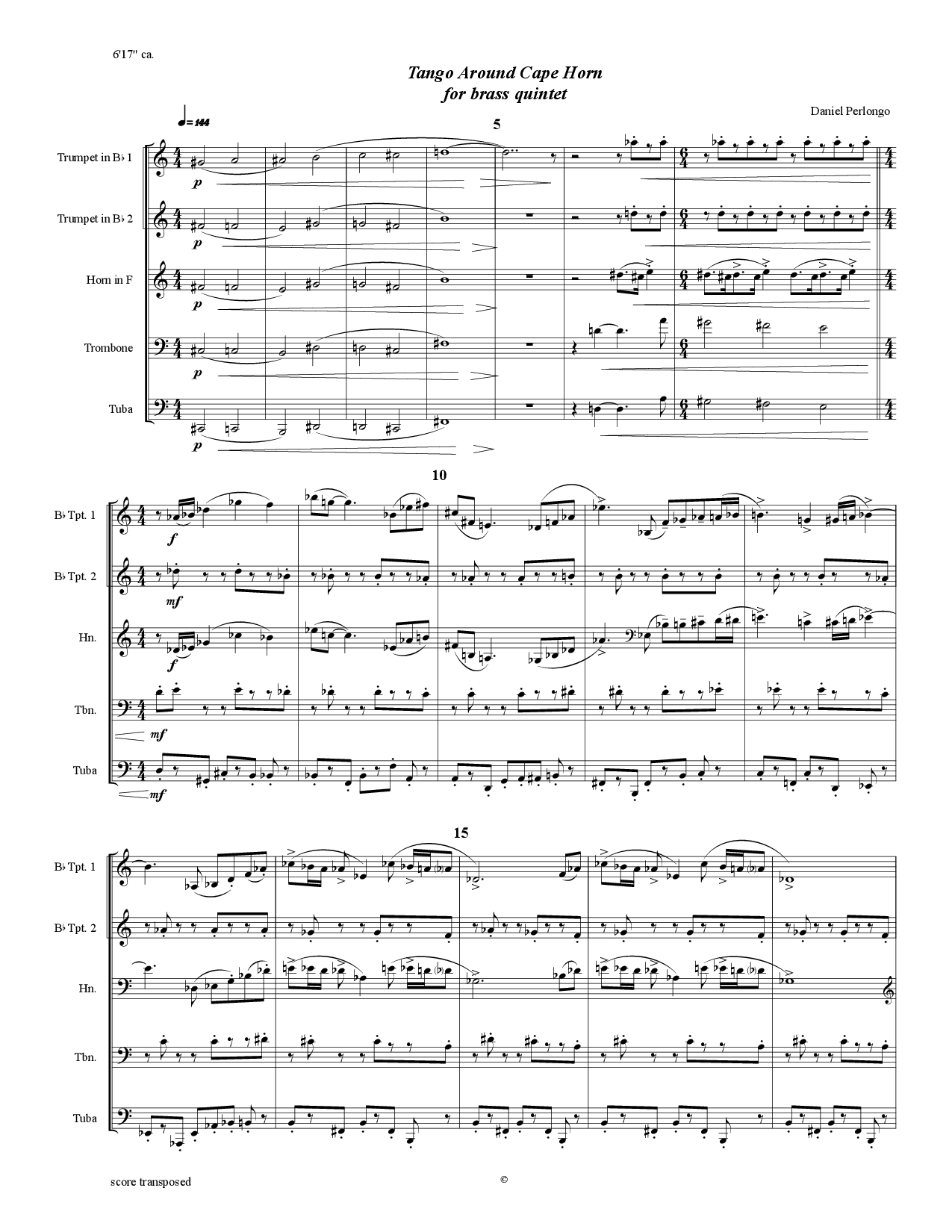 Tango Around Cape Horn for brass quintet is based on my impressions of Cape Horn and its environs, including the Strait of Magellan, the Beagle Channel and Tierra del Fuego. The whole is unified by a single rhythmic ostinato that divides a common time measure into 3+3+2 parts. I was inspired to use that figure by my enjoyment of hearing it in several Astor Piazzolla tangos.

Charles Darwin, in The Voyage of the Beagle, a journal of the five-year expedition upon which he based The Origin of Species, described his 1832 encounter with the Horn:

... we closed in with the Barnevelts, and running past Cape Deceit with its stony peaks, about three o'clock doubled the weather-beaten Cape Horn. The evening was calm and bright, and we enjoyed a fine view of the surrounding isles. Cape Horn, however, demanded his tribute, and before night sent us a gale of wind directly in our teeth. We stood out to sea, and on the second day again made the land, when we saw on our weather-bow this notorious promontory in its proper form — veiled in a mist, and its dim outline surrounded by a storm of wind and water. Great black clouds were rolling across the heavens, and squalls of rain, with hail, swept by us with such extreme violence, that the Captain determined to run into Wigwam Cove. This is a snug little harbour, not far from Cape Horn; and here, at Christmas-eve, we anchored in smooth water.” The Voyage of the Beagle, by Charles Darwin. --National Geographic, 2004. ISBN 0-7922-6559-9.