Suite for Viola and Piano 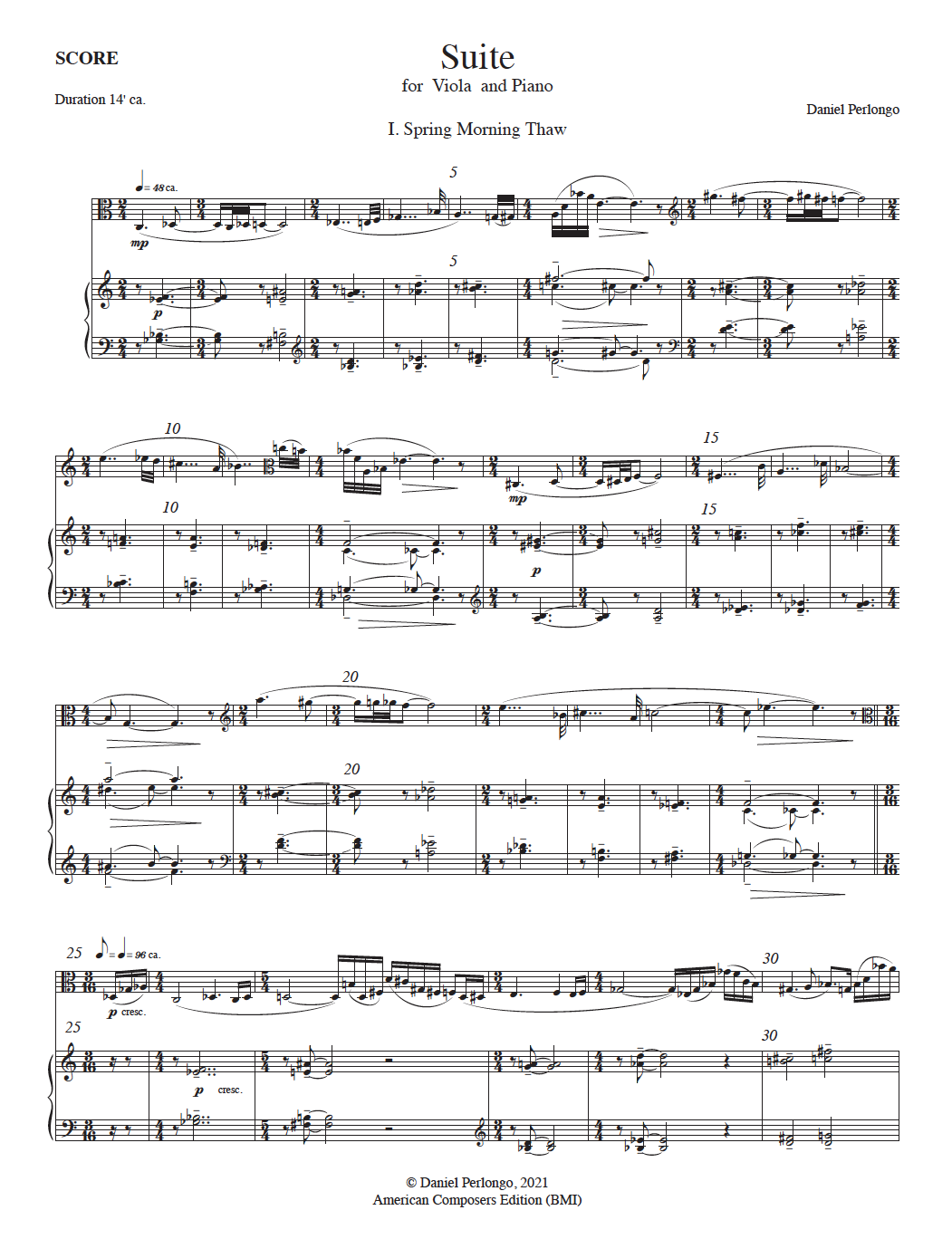 Suite for Viola and Piano

Suite for Viola and Piano consists of seven variations forming three movements: 1) "Spring morning thaw," 2) "Faun stops by of a summer afternoon," with its reference to and quote from Debussy, and 3) "Autumn evening," referring to autumn colors seen in their evening tones.

Variations I-IV make up the first movement. Each of the variations consists of 2 periods, closely related but harmonic variants of each other. Each period is divided into 2 phrases, mirrors or inversions of each other; an ascending antecedent followed by its inversion, a descending consequence. And each phrase is based on the alternation of 2 chords, heard 3 times each, in 3 transpositions, a1-b1, a2-b2, a3-b3. The title, "Spring morning thaw," refers to the sounds’ similarity to the process of ice melting, breaking into more numerous, smaller pieces on its way to gathering strength and becoming a continuous flow of water.

"Faun stops by of a summer afternoon" is in a binary form consisting of Variation V and a contrasting Variation VI. Variation V with its long, angular, expressive melody in the Viola is followed by a short interlude connecting to an inversion of that melody. This interlude or bridge begins in the piano and is soon rejoined by the Viola in a musical quote from Debussy's "Afternoon of a Faun" that appears momentarily, as if the faun is peaking through the leaves blowing in the gentle breeze of a sunny summer afternoon.

Variation VII, "Autumn evening," consists of a hybridization formed by shifting, mixing and floating parts, akin to autumn colors seen in their evening tones.  The form devolves from three periods to two periods, to a conclusion of one large encompassing period.