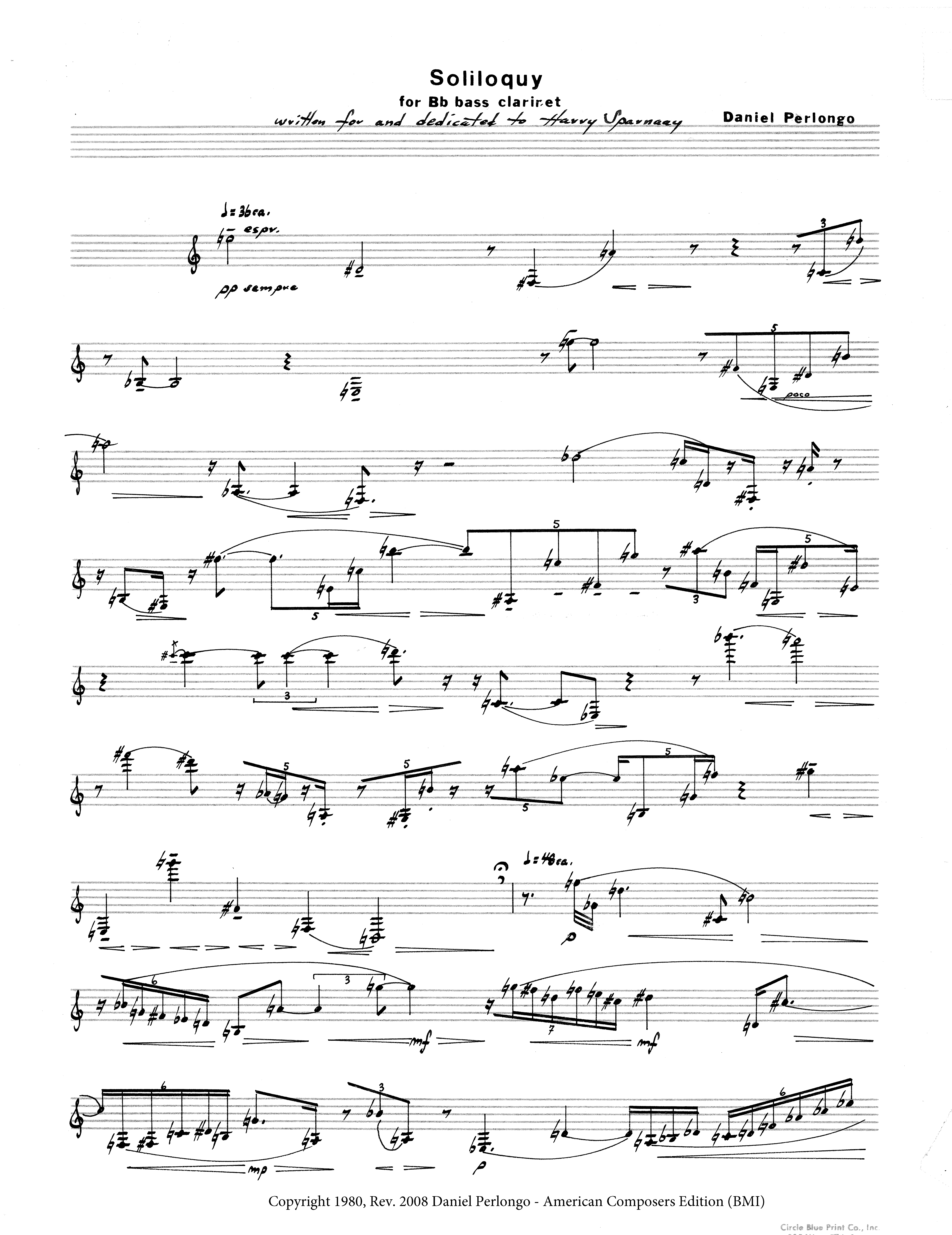 In Soliloquy I was interested in creating an extended line for solo bass clarinet. The tonal material and basic shapes are presented in a rather casual introductory statement, within which the minimal shaping and temporal spaciousness serve to highlight the implicit – the implied, as the developmental ground of the work. Continuous variation is the principal form that I utilize, with the linear development divided into two parts of slow and fast. In the slow section the movement is around an implied beat, with varying subdivisions of a basic pulse, and the line proceeds in an expressively flexible manner. In the rather breathless and jagged fast section, I use a steady pulse with equal subdivisions, and the expressive life is determined by syncopation. The development exhausts itself in a cadenza, and this is followed by a short reflective closing.

The work was written for Harry Sparnaay and his American tour in 1980.