only apricots fall in the autumn wind 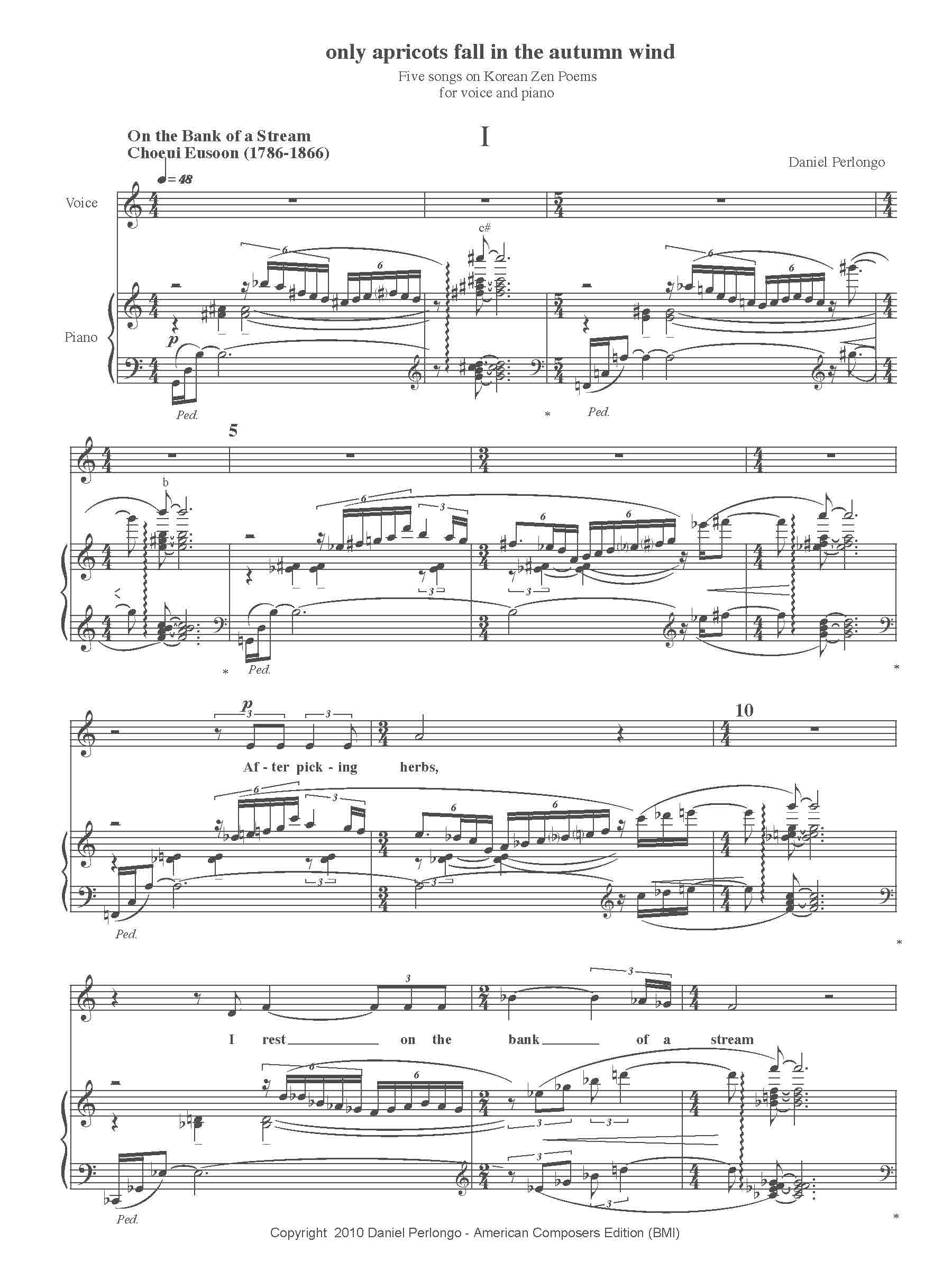 only apricots fall in the autumn wind

Scoring & Instrumentation
Mezzo-Soprano and Piano
Alternate Title
only apricots fall in the autumn wind - Five Songs On Korean Zen Poems
Year Authored (or revised)
Duration (min)
11
Movements
1. On the Bank of a Stream
2. The Dream of a Butterfly
3. On Hearing a Pipe
4. A Fisherman’s Song
5. Mountain Life

In the Translator’s Preface Christopher Merrill writes, “what these poems offer is a distillation of Zen doctrine and practice, glimpsed through a Korean lens… a form of compression akin to the aphorism… a style of thought congenial to the contemplative life, a music that depends upon stateliness and surprise…”

I wanted to express these qualities through the music and perhaps touch with sound the meaning, which, as Mr. Merrill later writes, is “like the waves of moon light that ripple across the sea and vanish into the scrollwork of the solitary monk.”

Text Source/Author
Choeui Eusoon, “On the Bank of a Stream by Taedun Temple,” Hurbak Myungjo, “The Dream of a Butterfly,” Buhyu Sunsoo, “On Hearing a Pipe,” Jinkag Haesim, “A Fisherman’s Song,” and Chimi Sucho, “Mountain Life” from Because of the Rain: A Selection of Korean Zen Poems, translated by Won-Chung Kim and Christopher Merrill. Copyright © 2005 by Won-Chung Kim and Christopher Merrill. Used with the permission of White Pine Press, www.whitepine.org. All rights reserved worldwide.
Title Number
Ensemble Type
voice+keyboard
Genre/Theme