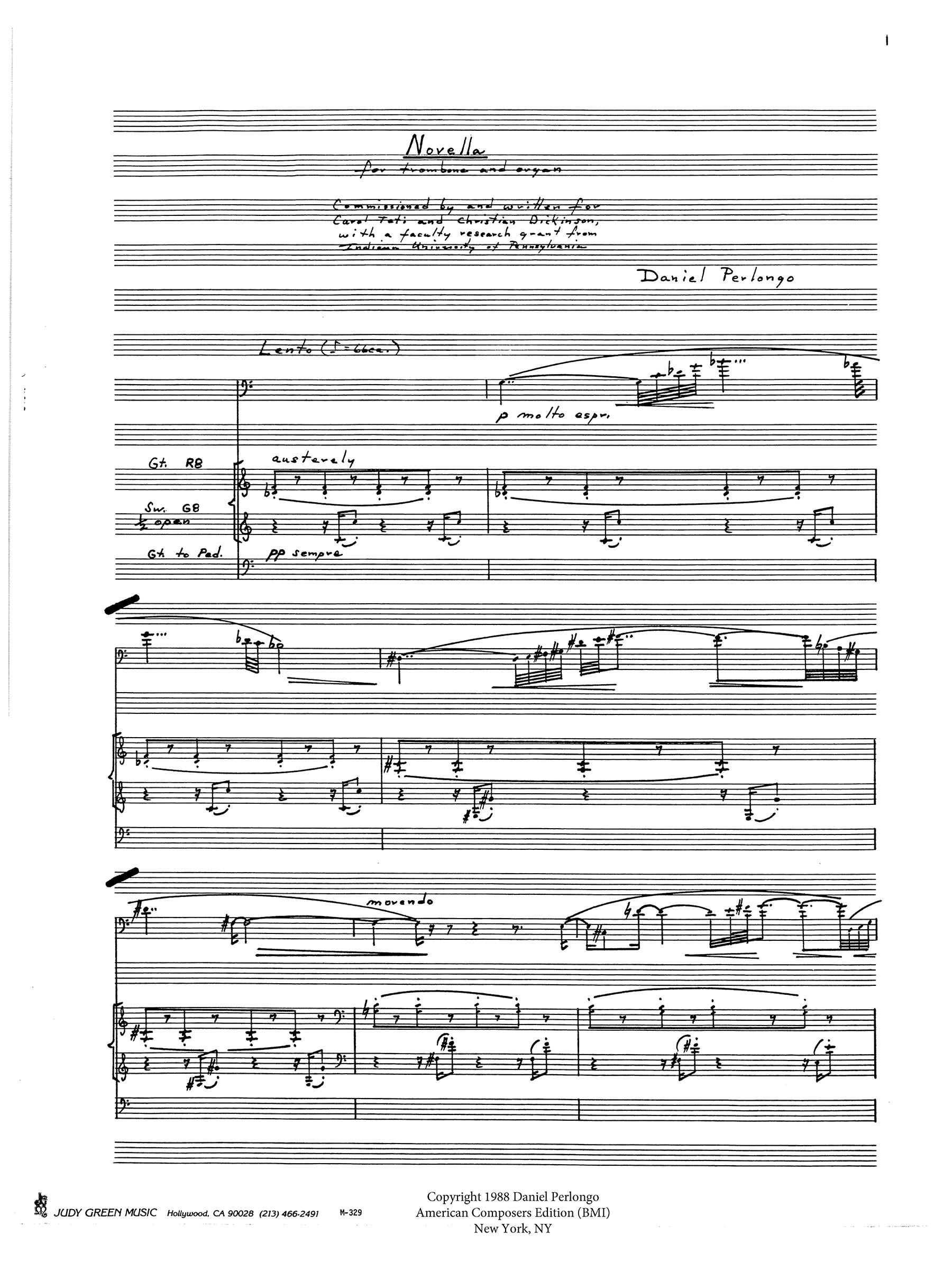 Novella for trombone and organ is a chaconne of 32 variations on a succession of four chords that serve as the harmonic basis for each variation. The work is divided into two large sections, each with its own prelude, recurring theme or refrain, developing theme and episodes. The episodes act as independent digressions, as well as bridges between the thematic statements. the final episode is a cadenza for trombone which occurs just before the last refrain. The sections of Novella unfold more like chapters of a book than acts of a play. Novella was commissioned by and written for Carol Teti and Christian Dickinson.