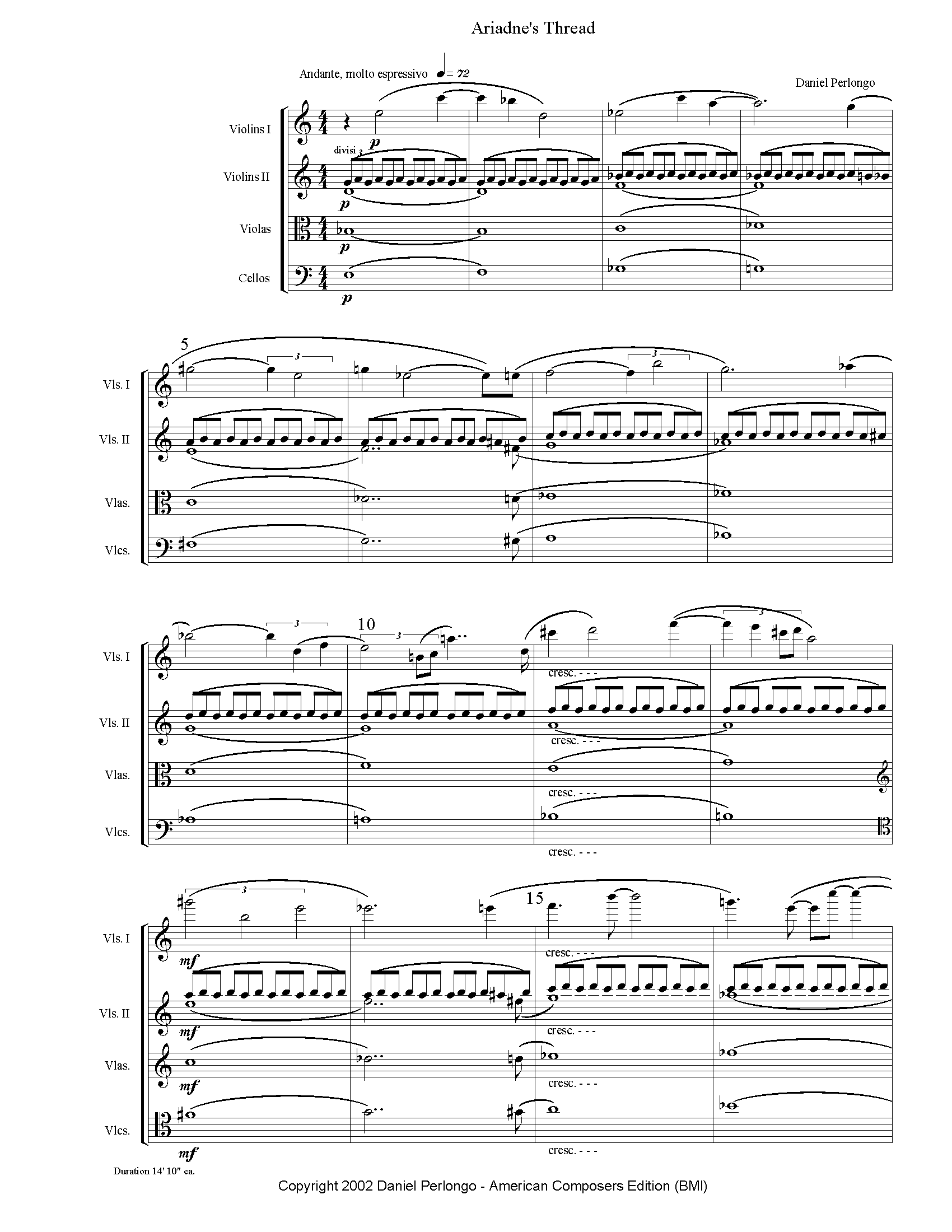 Ariadne's Thread refers to the story of Theseus, who slays the Minotaur in Daedalus’ labyrinth and then finds his way out of the maze by following the thread that Ariadne gave him, which he fastened to the door on his way in. The music is a series of developing variations composed around the idea of retrograde motion—music forward and backward—as Theseus moves into and out of the labyrinth.