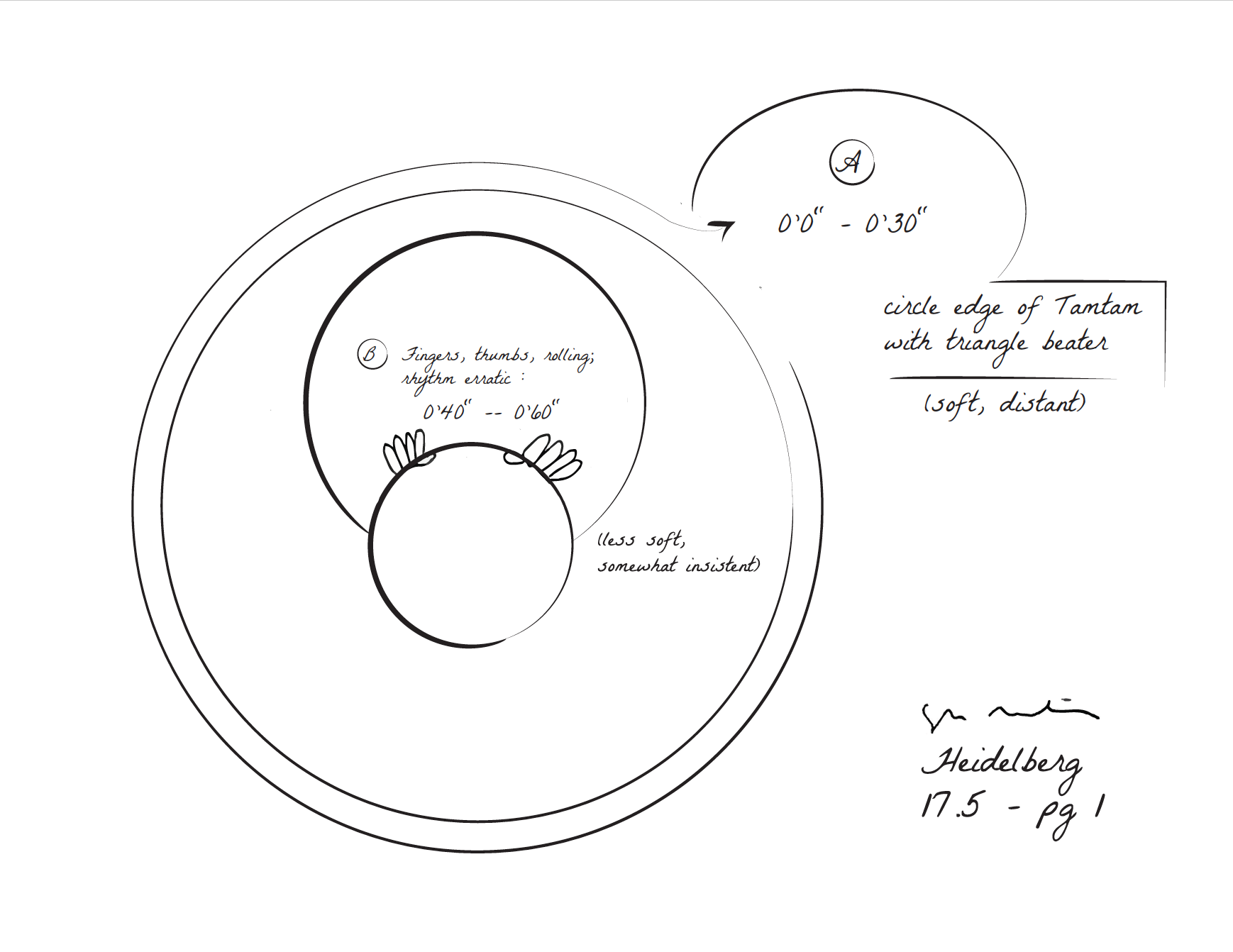 The writings of Thomas Merton have inspired me for many years. One line from his journals in particular caught my attention: "Very cold, very silent, when I was out during meditation--only a distant train--to have the only one far noise is not equivalent to silence." The great Italian percussionist Simone Mancuso had been waiting for me to write him a solo percussion piece and, after reading this, I knew I'd found the source of inspiration.  A walk in the Odenwald (near Heidelberg Germany) between the Philosophenweg and the Heiligenberg, made possible all the source material: a beautiful concert of birds singing, which I recorded on my phone. You hear that at the end of the piece, a duet between those birds and the tamtam. All the sounds that come before find their origins in what I heard during that walk with one exception: early mornings in Heidelberg, as I composed at my desk, looking out the window from the university guest house with a perfect view of the Königstuhl, I was daily serenaded by birds, music I included spontaneously as I composed. The original idea behind the piece, intentionally using a "noisy" instrument like the tamtam, was that "one far noise," built up through addition and repetition, could become quite loud, even overpowering, and not necessarily a positive thing. But Heidelberg altered that idea dramatically, thanks to its natural beauty and so many memories I have of all the time I've spent there and my many dear friends.  The romantic spirit I first felt in Heidelberg returned, and those birds--emerging as they do from the tamtam's chaotic din--remain at the end: singing, and inviting us to sing along.