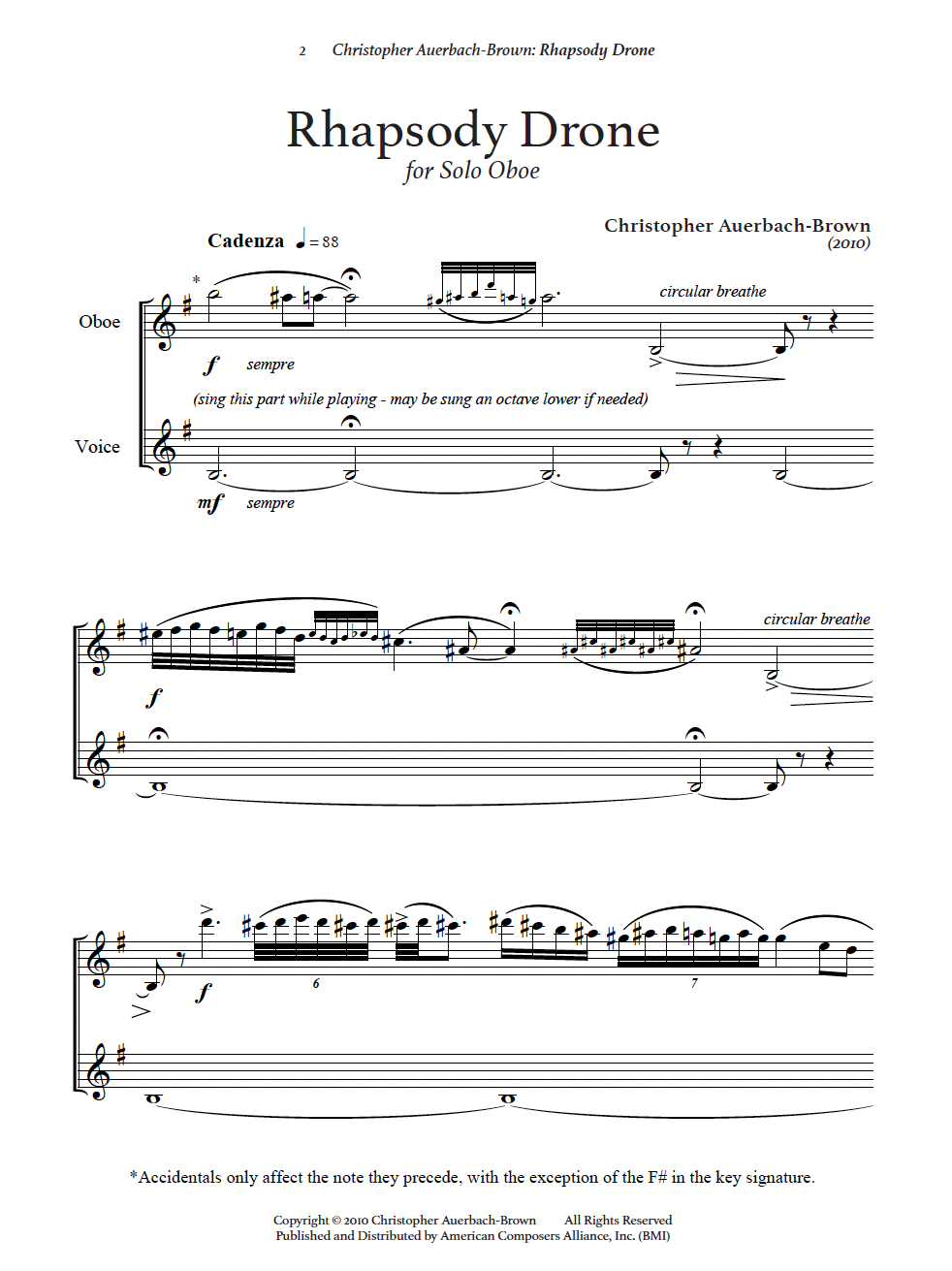 This work was composed for the Cleveland Composers Guild's 50th anniversary celebration and fundraiser gala in 2010. The performance featured a solo oboist and a singer, sitting onstage amongst a group of musicians, humming and oooing his part in a rather understated and covert manner. Because of this, it was difficult to tell just where the voice emanated from in the hall, much to the audience's delight and surprise. I purposefully did not mark in syllables in the score for the singer. I leave it to their discretion as to which syllables they use, as long as it is performed in a way which does not invite attention in the hall. Generally, humming works best in softer sections and oooing works best in louder moments, but the singer is free to choose otherwise, as long as the above expectations are met during the performance. The notion of a 'surreptitious singer' in the audience should not be mentioned in program notes for this work either. This would (hopefully) add to the element of suspense necessary for this piece.

New 2021 edition from 2010 original. Included in the collection Oboe Works by American Composers.

Instrument
Voice - any, not defined , oboe