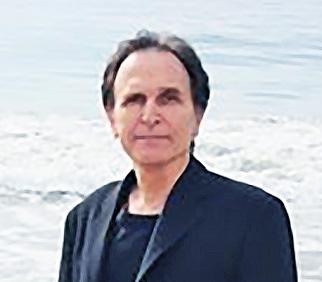 Composer, clarinetist, video artist Burton Beerman’s (b. 1943) music spans many media, including interactive real-time electronics, chamber and orchestral music, interactive video art, theatre, dance, and musical score for documentary films. His works have been the subject of international, national and public television and radio broadcasts, including ABC, NBC, CBS, Fox News, NPR and PBS. New York City’s The Village Voice states, “There is a remarkable clarity in the way Burton Beerman carries out the logic of his materials and he has an excellent ear for sound color…the composer displays an acute sensitivity to the differences between live sound and electronic sound and the music contains extraordinary moments when the sound seems to belong to both worlds.”

Amongst some of his prestigious awards and honors are the Barlow Endowment Commission for Music Composition, the 2008 Governor’s Award for the Arts in Ohio, selected as one who is recognized as a “distinguished artist sustaining extraordinary artistic talents and achievements throughout his career”, a 2008 CINE Special Jury Award, the 2007 CINE Golden Eagle Award as composer for the film documentary 203 Days produced by bbarash productions, LLC.,and the Martha K.Cooper Orchestra Prize (First Place) for Moments. Beerman’s music has been presented at prominent venues and festivals worldwide, such as the Edinburgh International Art Festival in Scotland, The Chicago Sinai, Martin Luther King International Center in Atlanta, Rudolfinum Performing Center, Prague, the Haag, Amsterdam, OrfRadioFunkhaus, Vienna and Chopin Hall, Mexico City, as well as throughout Australia, Canada , Europe and Asia.

His works have been featured on CNN and CNN International, FutureWatch, and The World Today, broadcasting Beerman’s Virtual Video Opera, Jesus’ Daughter to a viewing audience of 50 million plus. The opera addressed a critical social issue of Violence against Women~Children-at-Risk and was chosen as a Video Installation ArtWork exhibited in Switzerland and Italy, endorsed by UNESCO-CIRET, sponsored by the United Nations, at the New York Metropolitan Museum of Art (MOMA), Lincoln Center Gallery, and Dance on Camera Festival.

CNN maintains a webpage as a source of information on the story and Beerman's opera. The Warsaw National Philharmonic performed and recorded Beerman’s Morning Calls for B-flat clarinet and orchestra featuring Richard Stoltzman as clarinetist under the baton of George Manahan, present music director of the New York City Opera. Morning Calls received a performance by the Memphis Symphony Orchestra with Beerman as soloist. Beerman has been hailed by audiences as one of the leading clarinetists of contemporary and avant-garde music whose virtuosity and technical control of the instrument establish him as a remarkable and compelling performer.