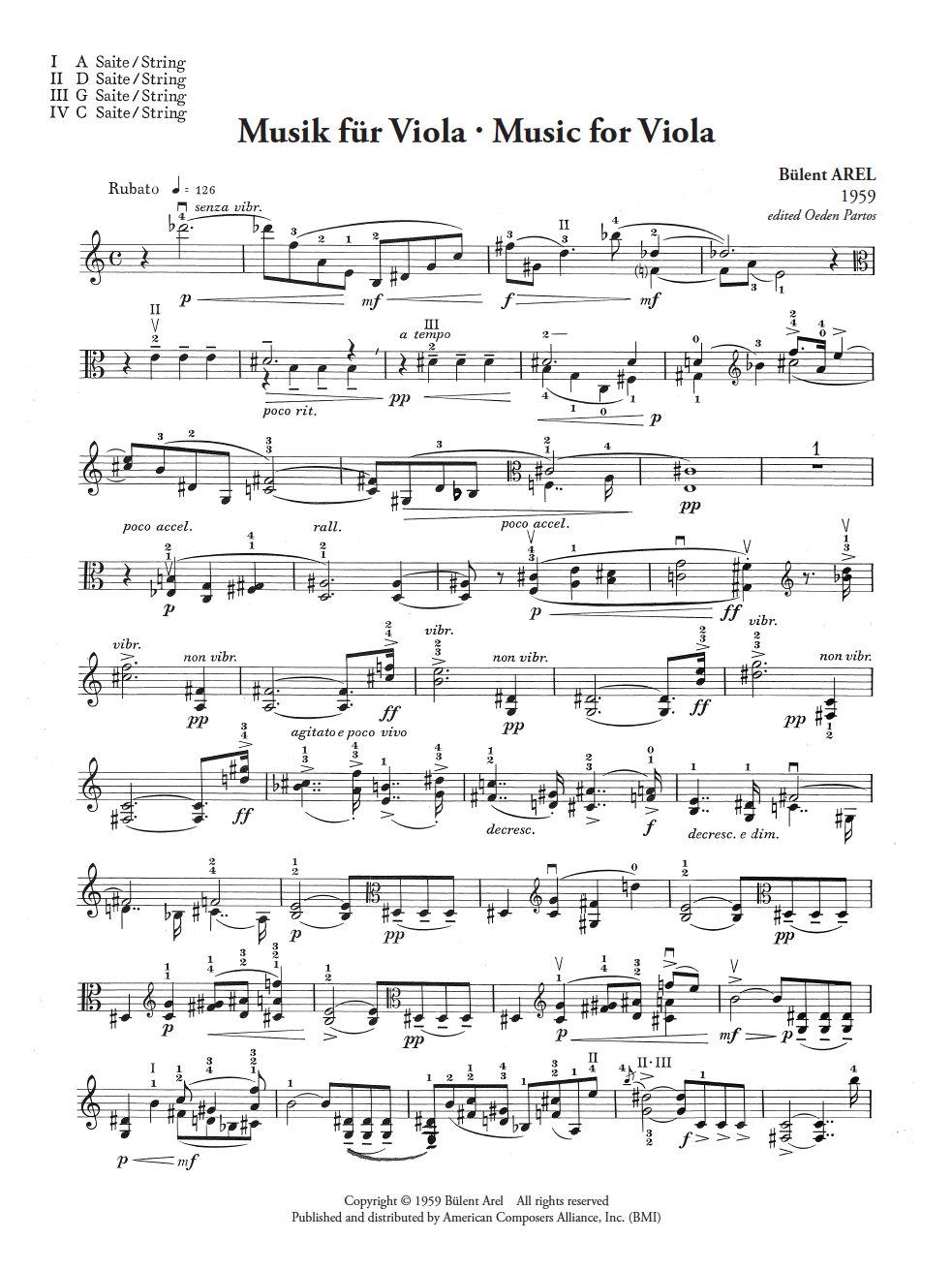 Long before composing this work I have been studying the cadenzas of classic and romantic concertos; I thought it might be possible to establish a musical form based on the principles of development underlying the concerto cadenza which usually shows the rhythmical and thematic progress tending towards an instrument study of free improvisatory character.

In my Music for Viola I have tried to find a musical style akin to that of a cadenza and based upon a series of twelve notes forming a basic theme. My first aim was the realization of rhythmic progress; at first, there is no thematic development proper but later the music develops a distinct thematic structure while the rhythmic density and virtuosity gradually increases. The concluding section is characterized by the gradual disintegration of the thematic structure.

New 2021 edition from 1957 original. Included in the collection Showpieces for Solo Viola.