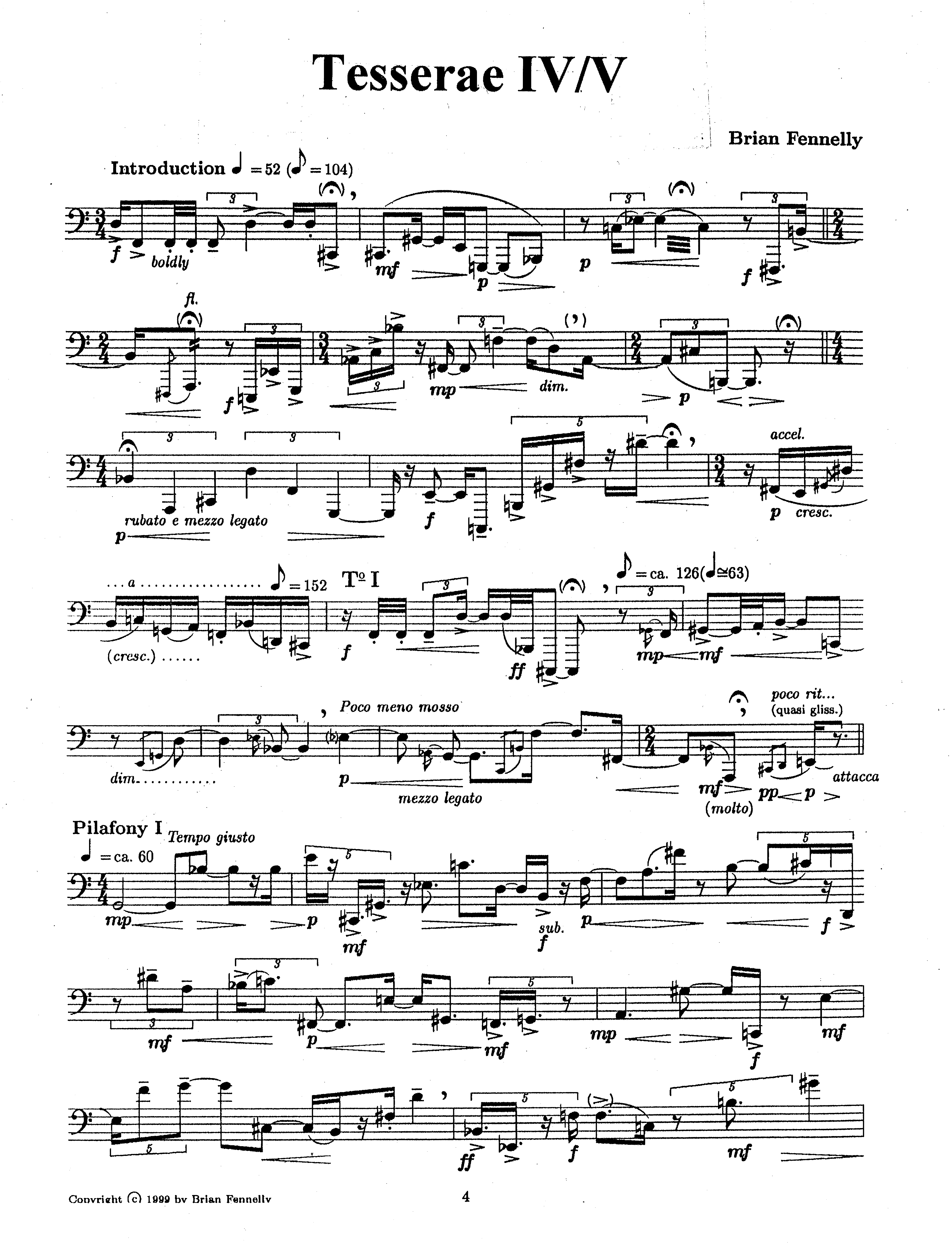 Tesserae IV was composed in the summer of 1976 at the request of virtuoso Samuel Pilafian, who premiered the work in truncated form (without the toccata) in Boston in the fall of that year. Sam’s name appears as a motto in the piece: [P: mi, la, fi, fa, sol, me], as well as in the “Pilafony” (polyphony) sections. Tesserae V (1980), an adaptation for tuba, was premiered by David Kirk in New York in 1981.

These works are the fourth and fifth in a series of nine Tesserae, all virtuosic works for solo performers. The mosaic patterns to which the title refers applies to the permeation of motivic substance as well as sectional inter-relationships and aspects of twelve-tone structure. The form may be described as a series of ‘strophes’ separated by ‘episodes’—the former are musically and expressively intense units of complex and expansive structure; the latter are expressively more relaxed and structurally less elaborate.