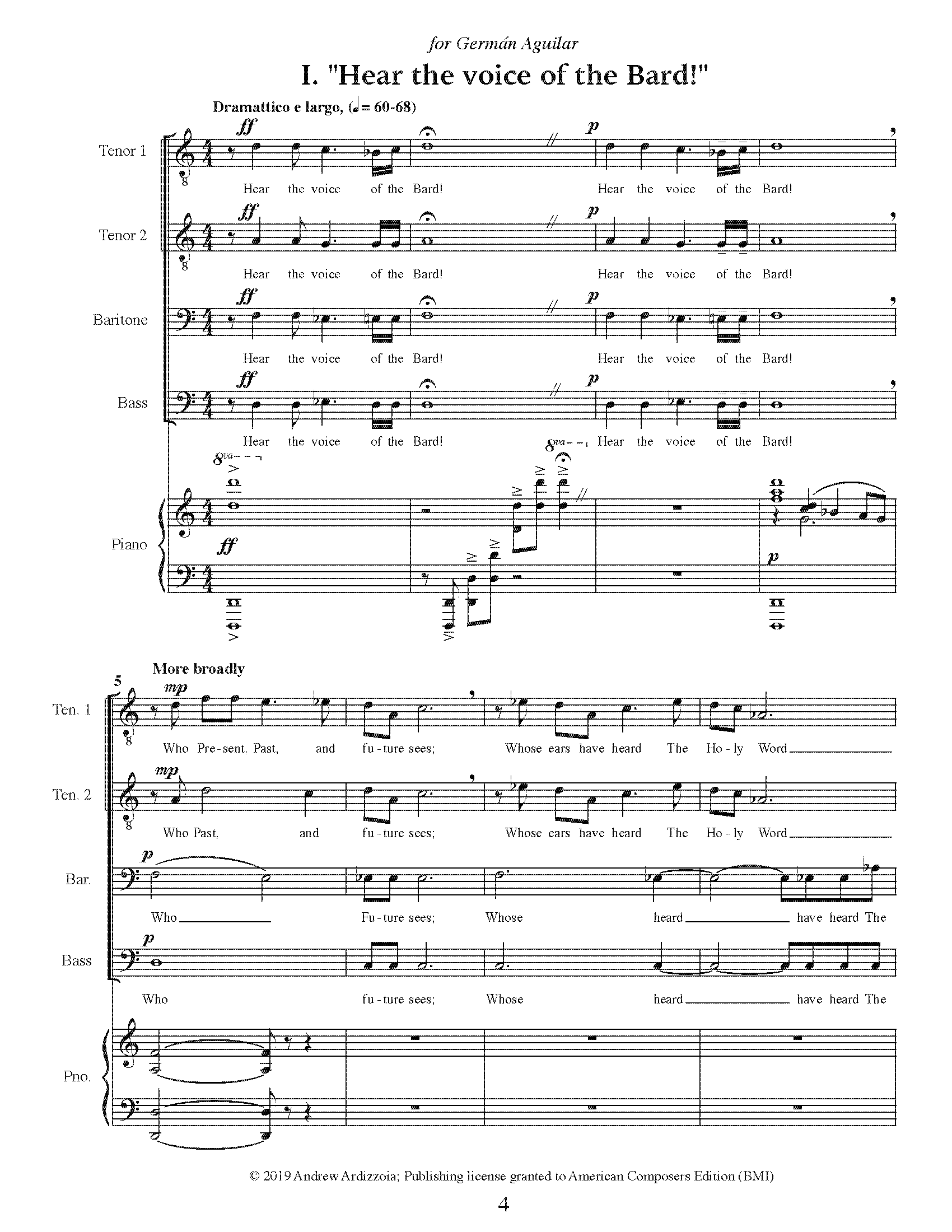 The Three Blake Choruses were composed during the winter of 2009 and 2010 at the request of conductor Germán Aguilar, for the Men’s Chorale at Northern Arizona University. That ensemble gave the first performance in the spring of 2010. The settings of the individual poems are markedly different from one another. The middle movement, The Garden of Love, is a cappella, while in the outer movements the piano is used first to support and comment on the choral parts, and then as an equal partner with the ensemble. Much of the music is traditionally notated and tonally focused, with the exception of two unmeasured passages in the middle movement, in which the individual members of the chorus repeat small motives in a free and uncoordinated manner.